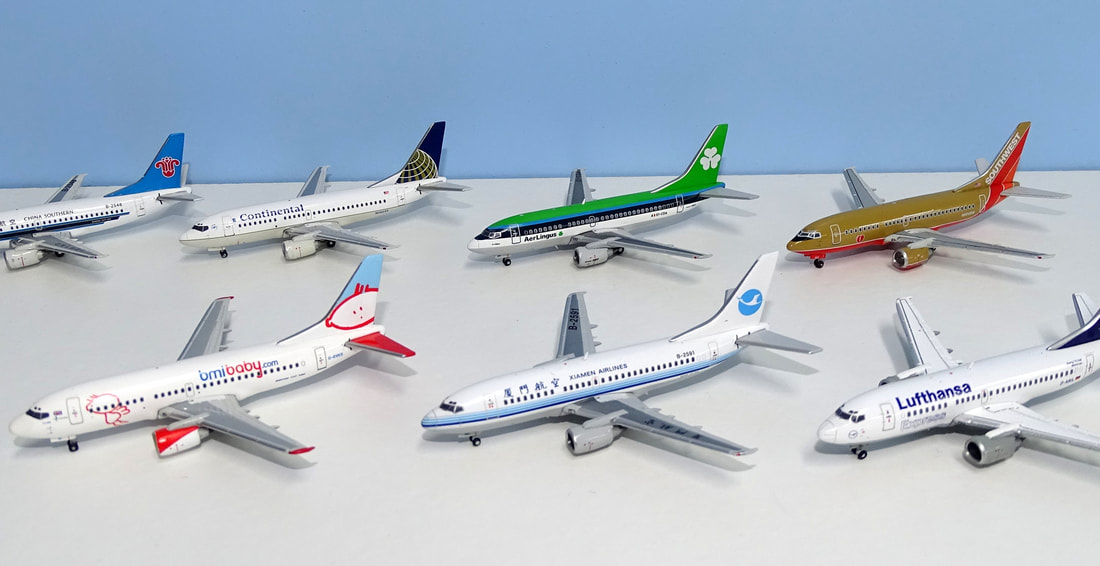 The smallest version of the 737 Classic line was also the last to enter service well after the larger series 300 and a year or so after the 400. It is still marginally longer than a 737-200 (by about 48cm) but offered a 1:1 replacement and was especially suitable for airlines with large fleets of series 200s and orders for 300s and 400s. The launch customer for the type was Southwest Airlines who received their first aircraft on February 28, 1990 less than a year after its first flight on June 30, 1989.

Sales of the series 500 were a respectable 389 units, with production ending in 1999. Many aircraft have seen good service careers and done well on the seconds market. Russia and Indonesia especially have been common second homes for the type. 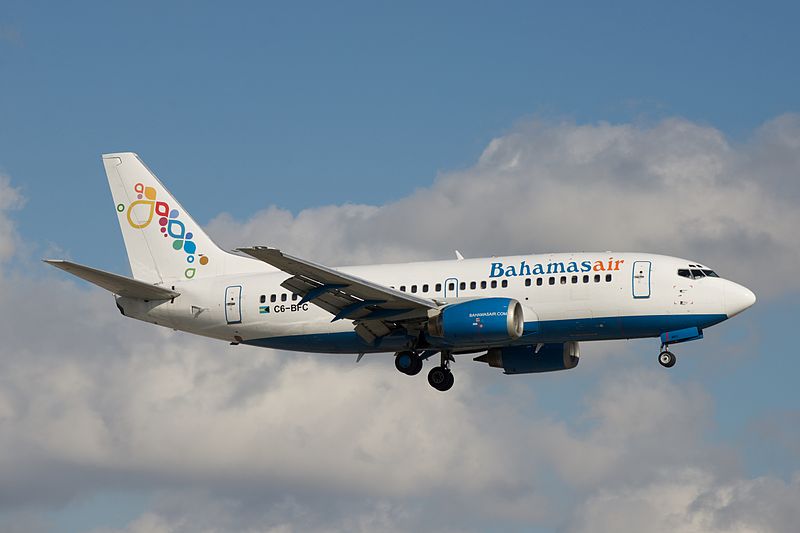 Like other early Dragon 737s the series 500 mould has a so so fuselage shape with a too rounded nose. It is however the undercarriage that ruins the mould and Dragon only used it twice anyway - for a pair of Air Nippon releases at the dawn of 400 scale. All in all it's best forgotten.
Herpa (2004)

Herpa produced a single 737-500 in CSA's 80th Anniversary scheme in 2004. From the photos I have seen the model looks very similar to the Dragon mould, albeit with new undercarriage. It may be the same mould or possibly Herpa made their own for a one off use (you can't put it passed them). Either way it is, as with most things Herpa related in 400 scale, irrelevent and not very good anyway.
Gemini Jets B737-500 Mould (2004)
The Gemini Jets 737-500 (used also by Phoenix and JC Wings) shares the same shape and details as their 737-300 and 400 moulds but is obviously shorter. I think it actually looks the best of the bunch although it does have a tendency to be a little nose high, and can sometimes be something of a tail-sitter. Early releases are from well before aerials came to market.

​Unsurprisingly Gemini concentrated on US and UK examples with the odd China Southern, Air Do and Garuda thrown in, although considering the mould's age one model every year is hardly much of a return on it. Phoenix have produced SkyEurope, Air Nippon, CSA and S7 Airlines prior to the transfer of all the Gemini moulds over to the JC Wings factory.
Not all the releases are great - the Continental Airlines version has some poor cockpit printing:

The China Southern releases has a worse problem as it has become one of a growing number of Gemini models that has developed Zinc Rot. Avoid this model as it seems to affect it widely. My own example has also developed the rot, with fuselage cracking, but isn't as bad as the below photo: 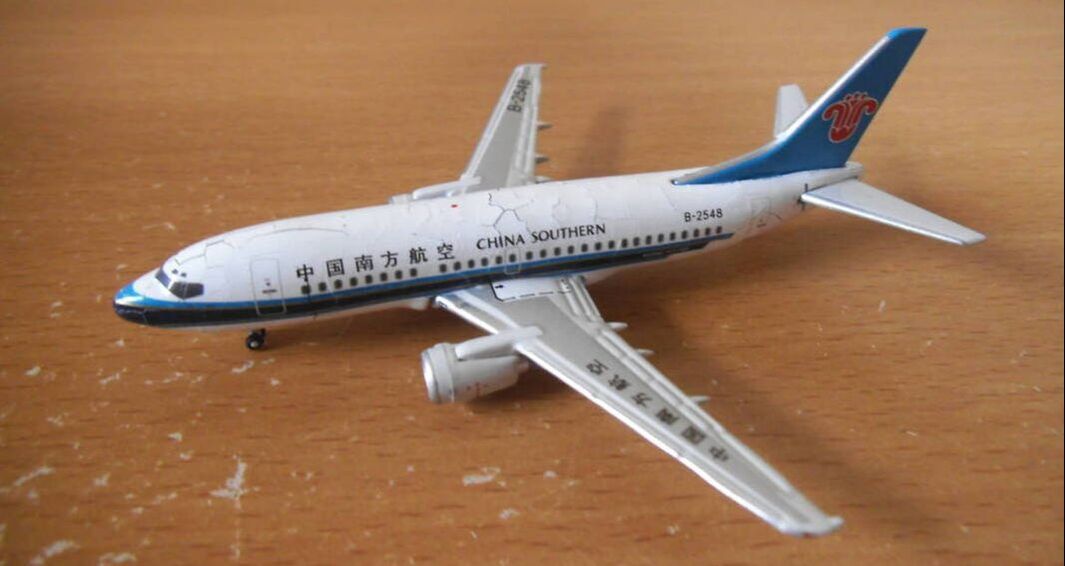 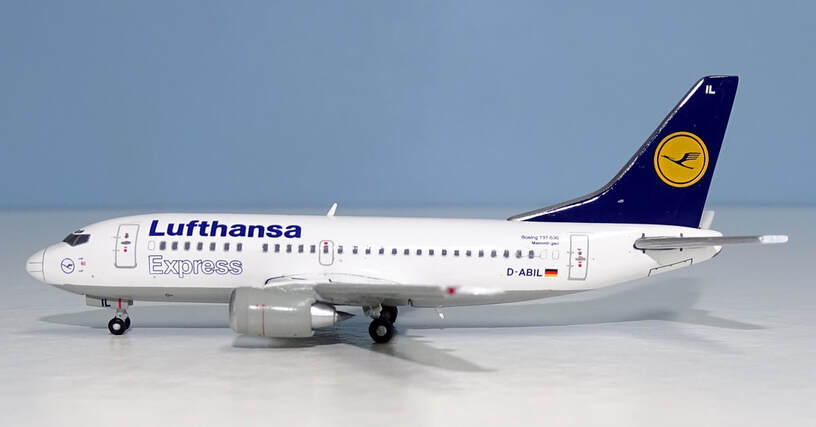 In 2016 Gemini Jets (or JC Wings)  updated the mould by adding aerials and JC has shown an interest in it recently with 4 new models in less than a year. As I stated in a recent review of a 2020 JC Wings example:

"In general, it is a solid, reliable mould but obviously shows its age somewhat. Having said that modern printing does wonders for them. The fuselage shape is decent. The nose and cockpit may not be of the standard of the Aeroclassics 737-200 but is fine. The rest of the fuselage is good and the addition of aerials does enhance the overall mould, even if they are slightly over-sized.

The wings are very nice and have a tight cradle fit with the fuselage. This does mean there is a seam but this is only really visible just ahead of the wing and on the underside. The engines are nicely shaped on their underside and hang with enough ground clearance, although the upper shape isn’t bulging enough and too much engine pylon is visible.

The mould has not been updated with rolling gears, which is not something that bothers me, however the nosegear is a little longer than it should be and the whole model has a tailward angle (something that has previously contributed to the tail-sitting). This is also evident on the series 300 and 400 versions of the mould.

This is yet another of Gemini’s old mould back-catalogue that is still a worthwhile casting. It could do with a shorter nosegear, and compared to a new mould the shape of the cockpit region, nosecone and engines isn’t perfect, but it is a valuable way to create 737-500s at a low cost with the results being worth buying."
With seemingly little interest in 737 classics even from those who have the moulds it is good to see JC Wings taking the example to use the mould they do have. Although not a world-beater I hope to see more 737-500s in the future using this mould.
For a comprehensive 80 aircraft 737-500 wishlist check here:
Boeing 737-500 WISHLIST 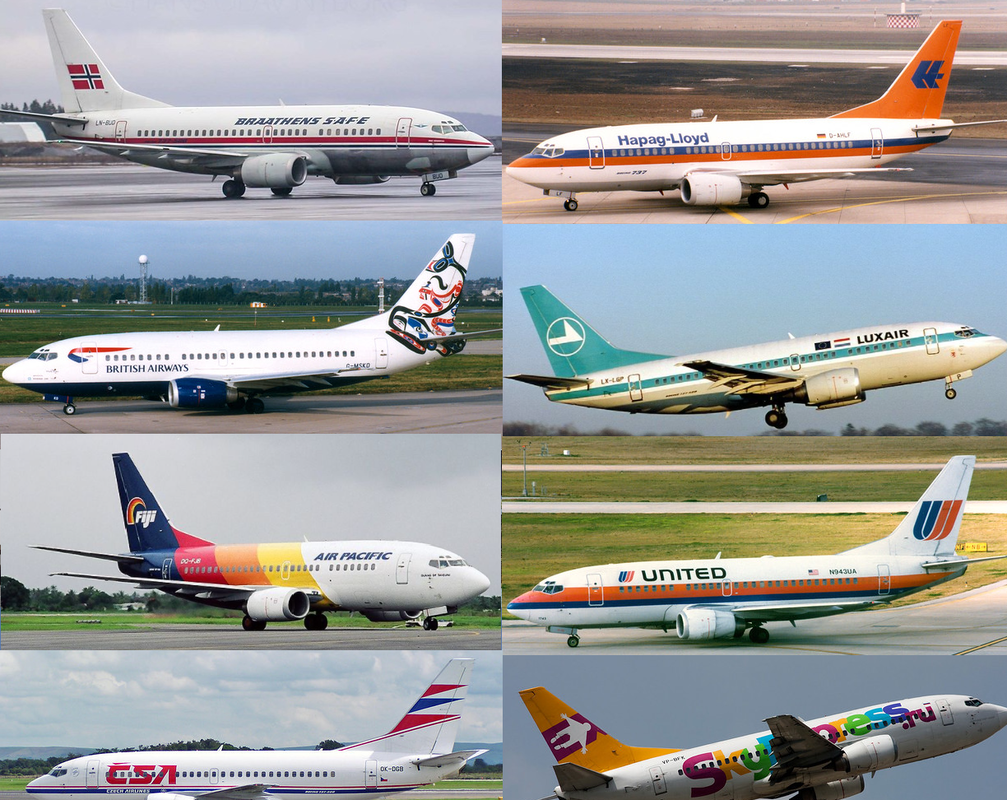