In the early 80s with the new 737-300 expanding the role of the previous series 200 and the 757-200 providing growth for existing 727 operators there was a clear gap between the two aircraft that was more easily filled by a 737-400 than the originally proposed 757-100. The series 400 had a further 3.45m stretch over the 737-300 seating up to 188 passengers.  Although sized in the same range as the 727-200 it could replace the standard series 200 but not match the range of the 727-200 Advanced. It was launched in 1985 and competed primarily against the older McDonnell Douglas MD-80 series and the newer Airbus A320. The launch customer was Piedmont on September 15, 1988 but lacking range it sold better in Europe than the USA, although it won notable orders in the States such as that from Alaska leading to them cancelling their MD-90s. Production ran to a respectable 486 units and it saw service especially with airlines that operated the smaller 300.

The longer but otherwise similar to the series 300 737-400 has seen treatments mainly from the same mould makers as its shorter brethren. 84 models have been produced up till September 2021. These are broken down as follows: 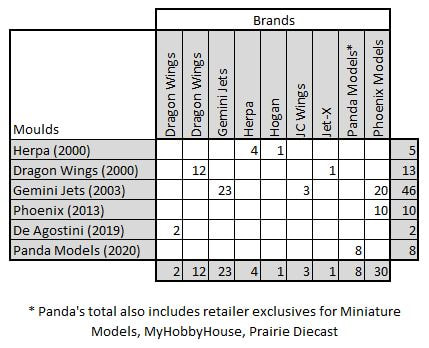 I don't own either of these moulds but they appear to be almost exact copies of their 737-300 counterparts (except for their lengths obviously) and therefore share all the same faults. The nosegear doors on the Dragon seem to be larger however and the Dragons exhibit the same selection of gear too small (JTA), too large (Virgin Express, Pan Am) or only slightly too large (Skynet Asia, Alaska). You might be able to live with some of them but check out the photos first to see what you're getting.
Gemini Jets (2003)

Like the Herpa and Dragon efforts this mould shares the same issues as its series 300 counterpart. That being said it's not a bad mould, although not perfect. With good printing and updated landing gear (like the SF below) it looks pretty sharp. As well as the 23 Gemini Jets releases Phoenix used it for 20 versions also. By 2013 Phoenix had fitted their version of the mould with rolling gears (which improved the look of the mould) but soon afterwards they retired it in favour of their inferior new 737-400. The nose/cockpit area looks a bit odd on the US Air example below but that isn't the case on the rest of the releases it seems.
More recently, in 2020, JC Wings have started using the mould, albeit the older version without rolling gears. They have attached aerials and with their quality printing the releases look fine. Even so, the mould is a little long in the tooth and cannot compete against the modern Panda version.
Phoenix (2013)

Phoenix, as with their 737-300 mould, replaced the old Gemini mould with a new version of their own for the series 400 and it shares the same issues the 300 has. The nose seems too long to me, the design of the nosegear leg looks odd and their cockpit window printing is often questionable on the right hand side (see the LOT below). Much like most Phoenix 737s, although the mould could be worse it is sufficiently ugly that I avoid it.
De Agostini (2019)

This mould has been produced for the JAL Collection series of magazines and a pair of 737-400s was included with issue 33. The mould is surprisingly good but let down by the usual problems with the JAL Collection moulds. I have undertaken a detailed review of it here in print:
Mould Snapshot | Boeing 737-400|De Agostini / JAL Collection

I have also recorded a Youtube video review of it:
Panda Models (2020) 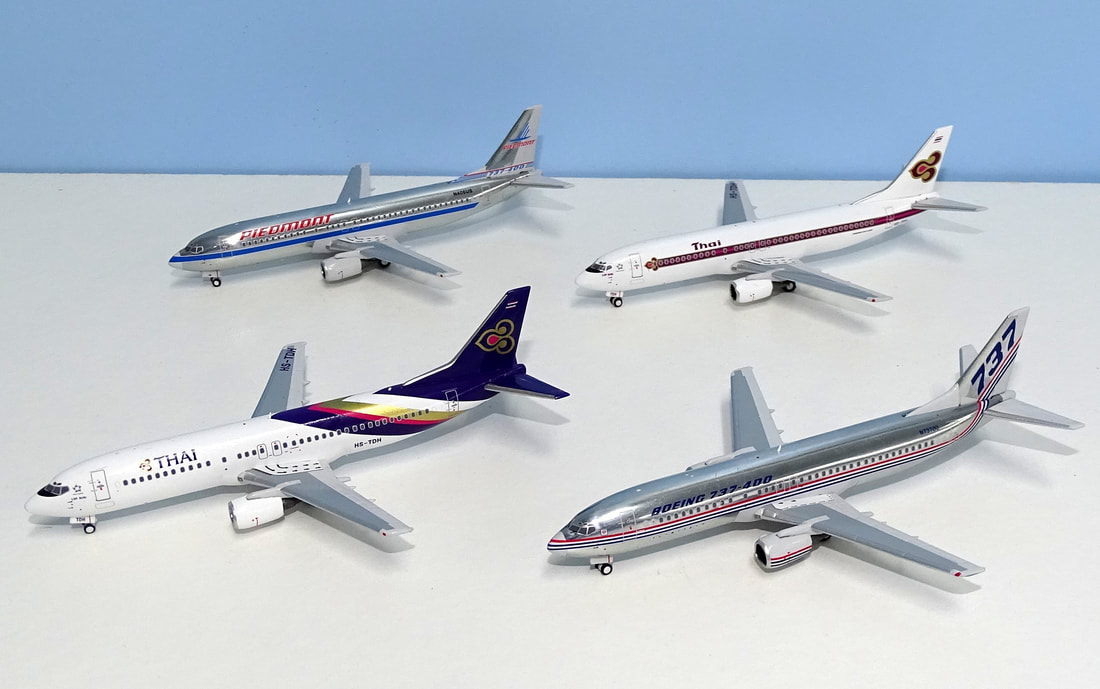 Panda Models announced a new Boeing 737-400 mould, with absolutely no fanfare at all, in November 2019 but it took almost a year for the first model to arrive. Production on the mould has been very slow and only a handful of models have been made to date including 2 for Miniature Models, 1 for MyHobbyHouse and 1 for Prairie Diecast. The mould is superb and easily the best 737-400 ever produced. I have reviewed one in detail recently here:
Thai Airways Int | Boeing 737-4D7 | HS-TDH | Miniature Models / Panda Models
and another at my Youtube channel too:

There is plenty of scope for further 737-400 releases - check out the wishlist below for a long list of great 737-400s crying out to be made: 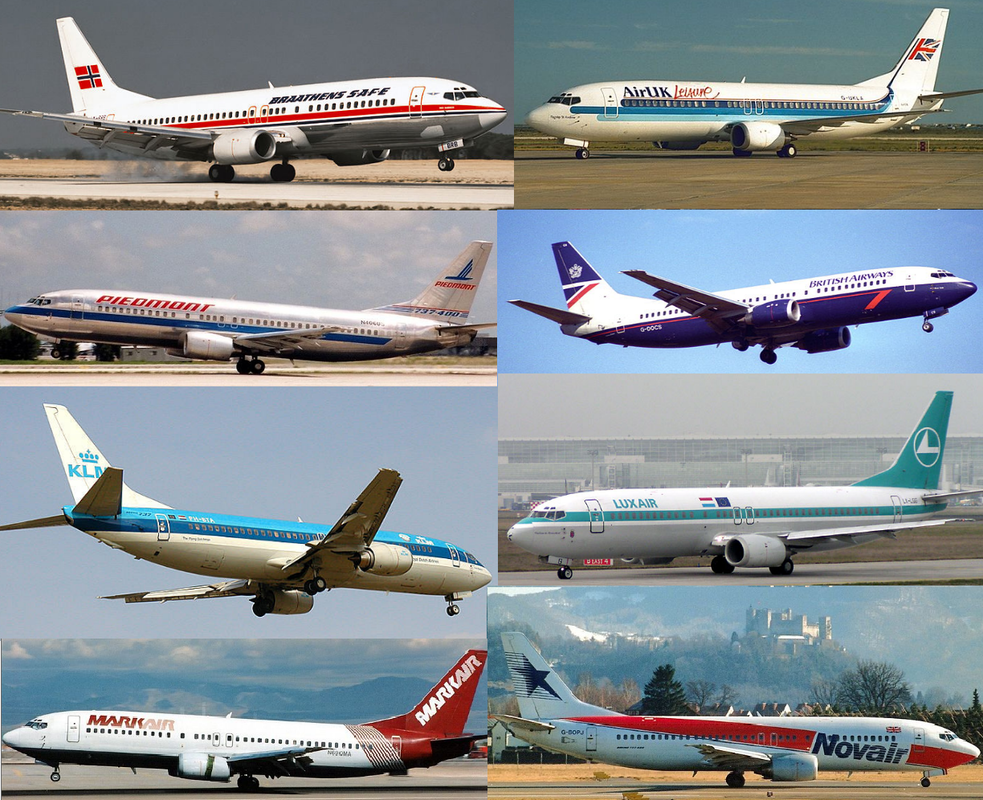