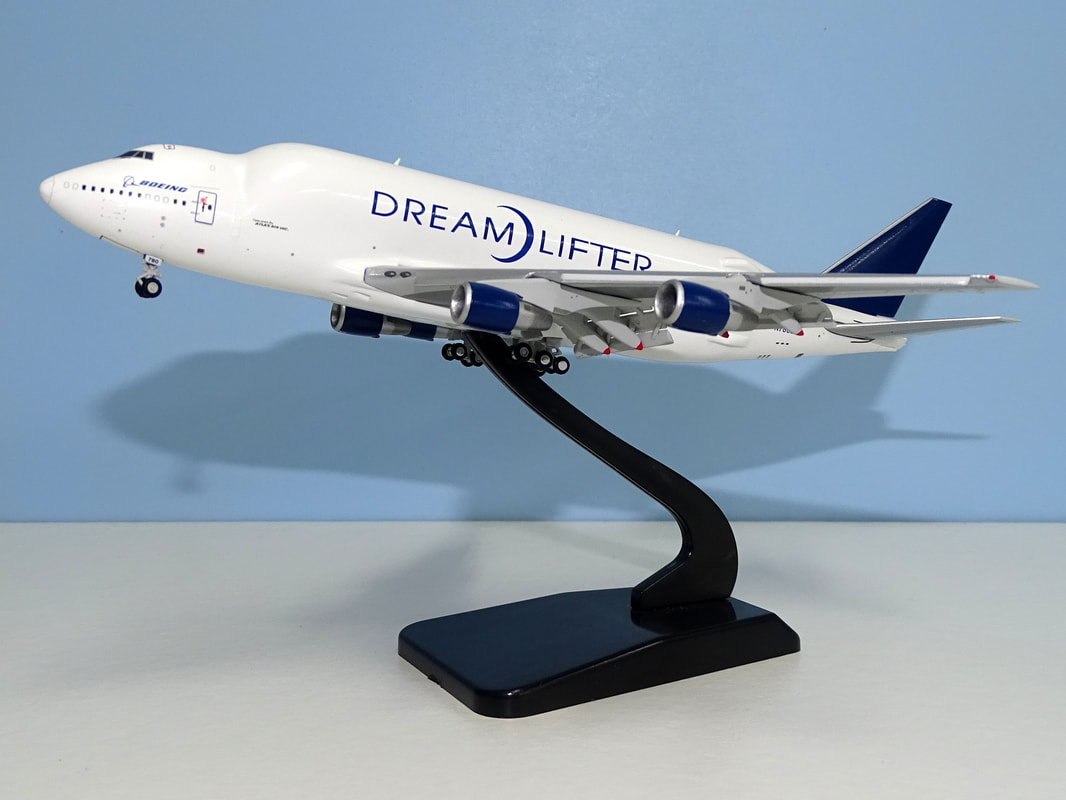 The Boeing 747-400LCF Dreamlifter is Boeing's answer to the same issues Airbus has solved with its Beluga XL. It provides an efficient way to transport large components for its 787 production line from Japan and Italy to North Charleston and then Washington State. The result is another absurd looking aircraft with a bulging fuselage, although unlike the Airbus product it is the rear fuselage that swings open, allowing for a less complicated redesign of the base airframe than the Beluga XL. 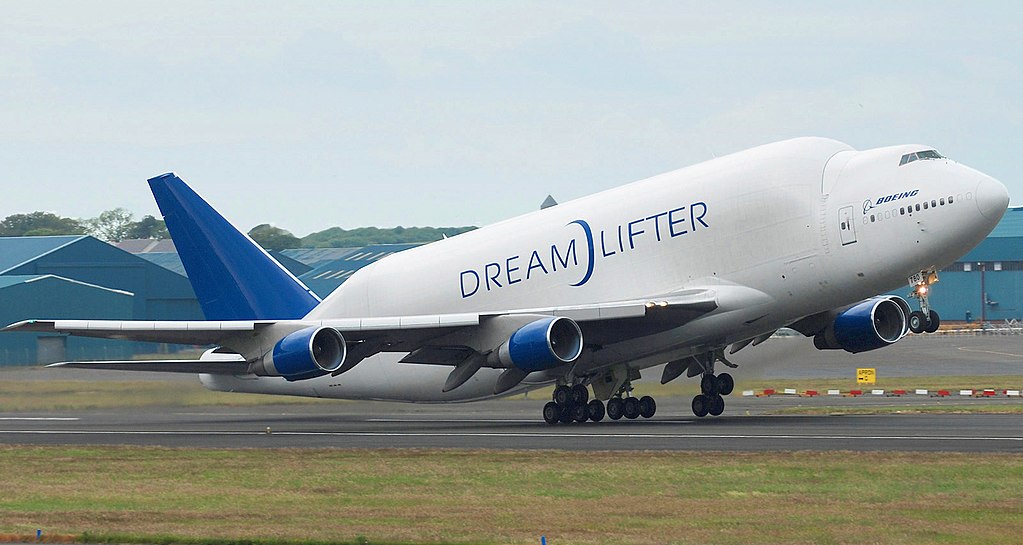 Boeing_747-409LCF_Dreamlifter.jpg: scott wrightderivative work: Altair78, CC BY 2.0
Four secondhand passenger 747-400s were acquired for the programme and modified in Taiwan with the huge unpressurised cargo deck and swing tail. The other obvious change is the removal of the series 400's trademark winglets due to excess vibration issues. The first test flight was on August 17, 2006 and type certification was achieved on June 2, 2007. 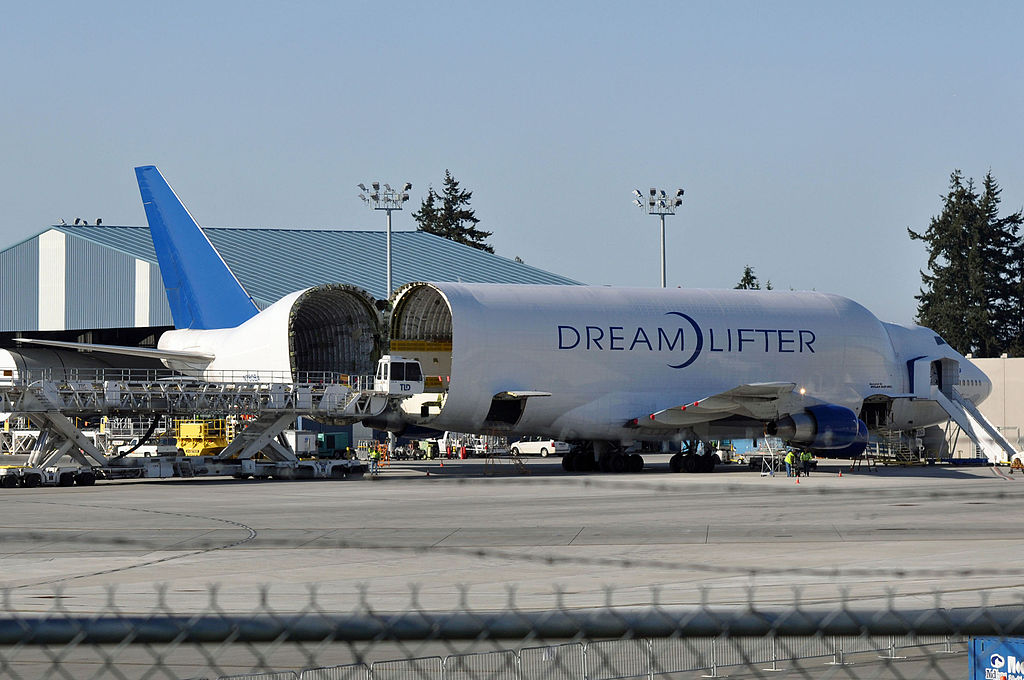 In 400 scale there have actually been a surprising number of Dreamlifter moulds although perhaps unsurprisingly of the three the first two date from around the type's service entry and are made by specialist companies that are used to making unusual types - namely Dragon and Hogan.
Dragon Wings (2007)

Dragon Wings enterprisingly used their standard 747-400 to produce some extra models showing the prototypes prior to them being modified. They also made 3 versions of the prototype in primer after modification, two in all white colours, but only one in the final scheme. The Dragon 747-400 mould is still widely respected today and they made a good effort on their Dreamlifter. Obviously the models have the usual Dragon characteristics - plastic wings, simple undercarriage, obvious tail/fuselage seam - but otherwise they look good. 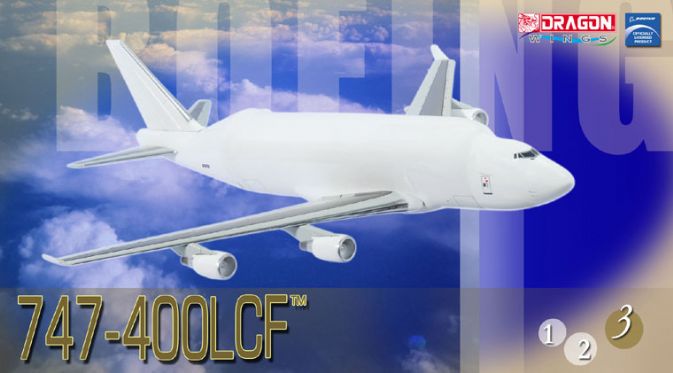 I don't really rate Hogan in 400 scale. They don't make a lot and their moulds, usually shared with Herpa, are often pretty ordinary. I've seen worse 747s and this one appears ok but much like the Dragon Wings mould it is definitely showing its age. It's worth mentioning that Hogan also made a 1:200 scale 747LCF way back in 2008. In terms of their 400 scale releases they've all been in the standard colours. 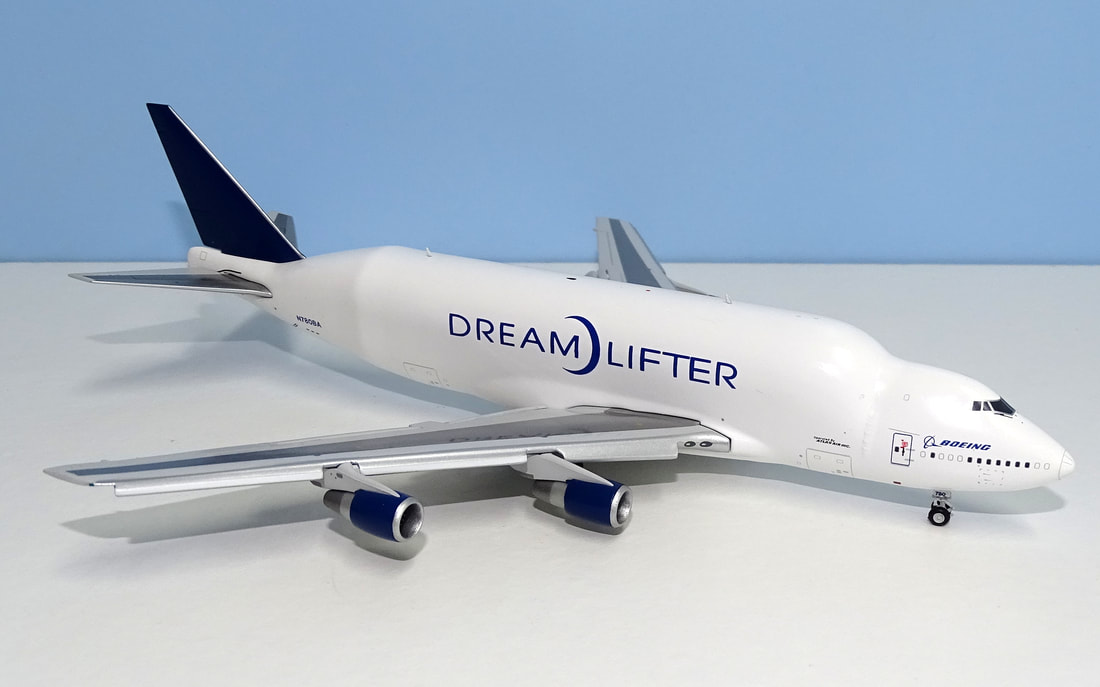 From the side the bulging cargo space looks excellent and is grafted onto the standard 747 fuselage as well as the real thing. The moulding around the rear cargo door hinges on the port side is very nice and the hinges themselves arch upwards at an angle just like the real thing. 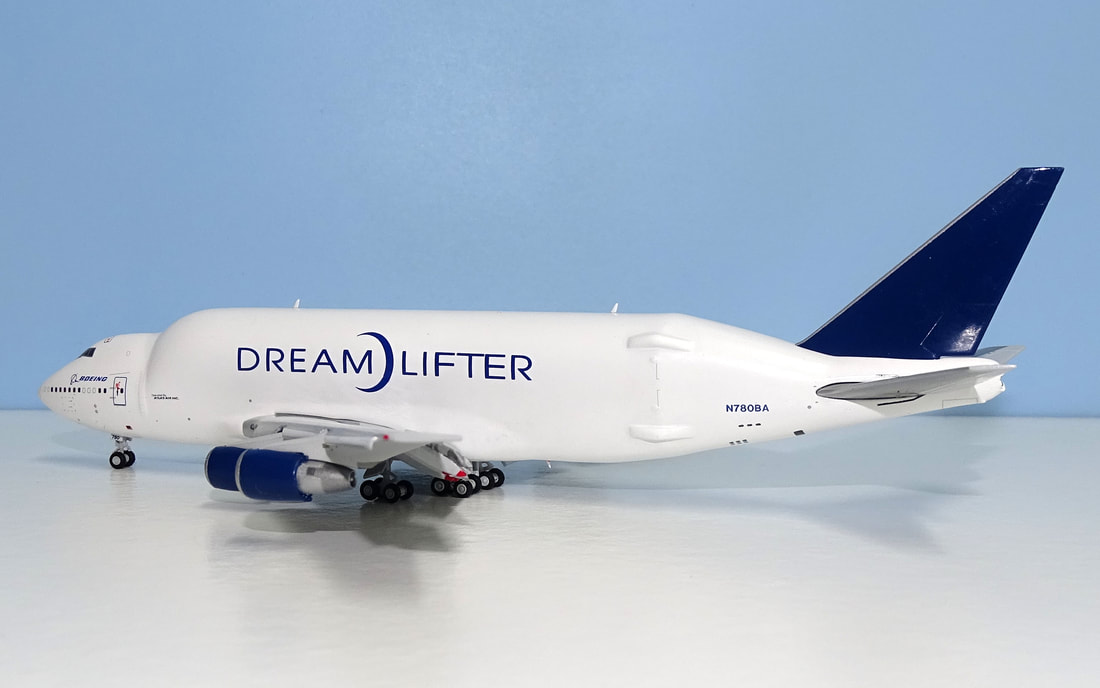 From the front the hump bulges above the already bulbous 747 fuselage nicely. Also evident are the excellent drooping leading edge slats and the fine engine detailing of the fanblades. The engines are modern see through fan core engines despite their relatively small size and high number of blades.

Something that is difficult to see on an all-white fuselage is that the gradation from the standard 747 hump up to the Dreamlifter bulge is not a single step. The model accurately portrays the extra fairing between the two and the bumpy strip (presumably for strengthening) that connects the fuselage at the lower join area behind the L1 and R1 doors: 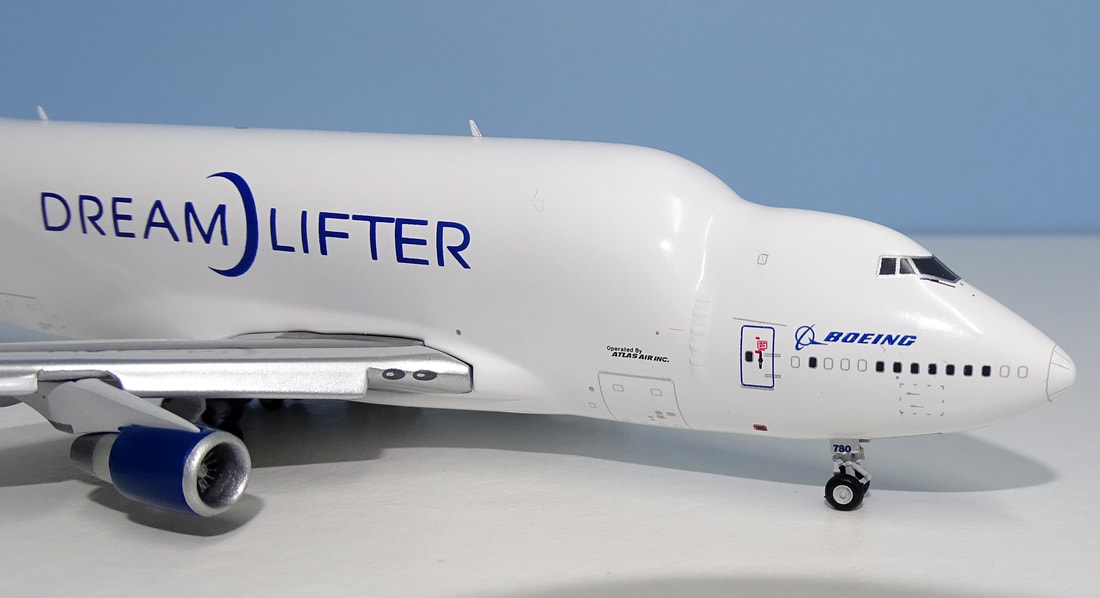 This is also the first 747LCF with aerials. From the underside the detail continues and the huge deployed flaps are shown to good effect. Flaps Down is a hallmark of JC Wings and something that is especially impressive on the 747, with its large and complex flap pattern. All the maingear trucks also move independently of the oleo leg. 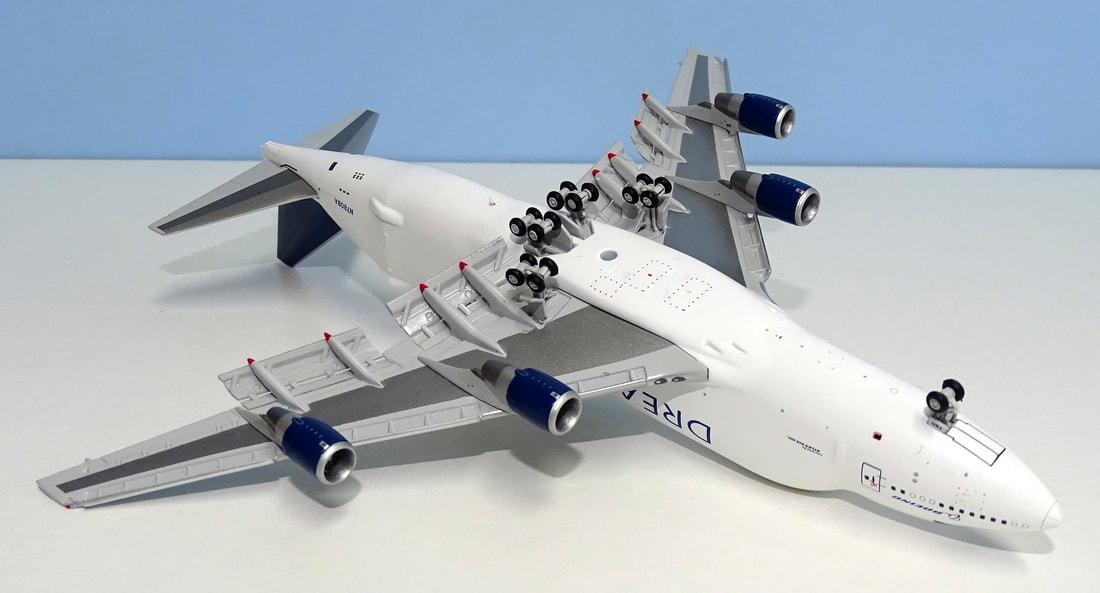 By my estimation the mould is close to perfection. It is not completely without fault however. I still think the landing gear is slightly too short, especially at the nose, and whether the nose shape of the standard 747 is spot on is still open to question. I will be looking at the standard 747s moulds in a detailed comparison in the near future.
The other thing you get with this JC Wings mould is the excellent printing detail that JC nowadays provide. There is a lot of detailing on the model, especially on the nose, under the front fuselage and engine nacelles. One area that I do think needs improvement though is the shape and size of the cockpit windows, especially the middle forward facing ones.
Summary
The Dragon and Hogan 747-400LCF moulds are surprisingly decent efforts for their time but both are now rather obsolescent in terms of modern manufacturing methods, 400 features and printing detail. The new JC Wings 747 mould is an excellent starter point on which to graft the LCF's modifications and the new mould illustrates the best of 2021 400 scale production with features such as moving landing gear, aerials, hollow engines and top quality printing detail. The JC Wings mould is certainly a worthy contender to the LCF lineup. 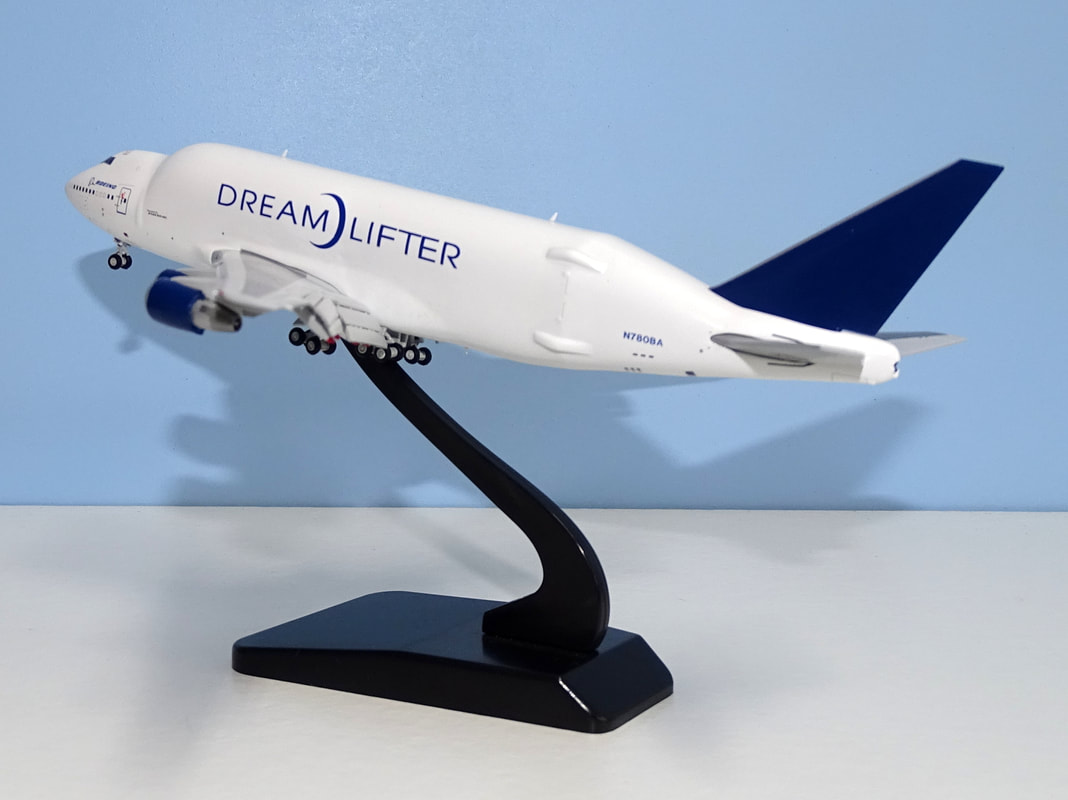