By Andy T. Payne
Black & White Photos used with permission of SFO Airport: Aviation Museum & Library Collection (click images for originals)
San Francisco International Airport (SFO) has a unique and remarkable past due to the numerous expansions, demolitions, and reconstructions that have taken place in order to better suit the needs of the travelling public. It serves as a gateway to the San Francisco Bay Area, composed of three main cities: San Francisco, Oakland, and San Jose, with populations of 852,469; 406,253; and 1,015,785 respectively. With a total population of over 7 million, the Bay Area is a diverse region, with each main city serving a different role. San Francisco is a tourism and business magnet, Oakland is one of the busiest port cities in America, and San Jose is a major high-tech center, hence the nickname “Silicon Valley.” 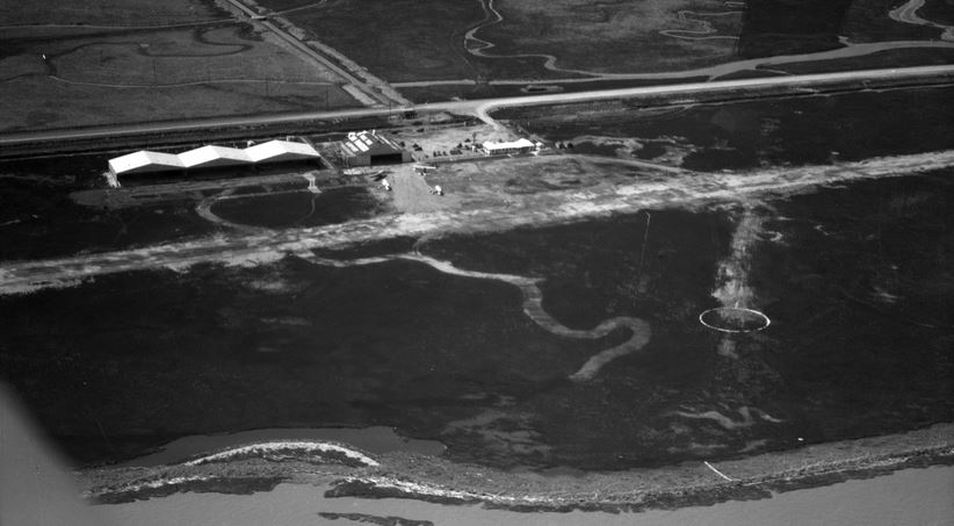 1928: Mills Field Municipal Airport of San Francisco
San Francisco International traces its roots to Darius Ogden Mills, a distinguished banker and once the wealthiest man in California. D.O.Mills’ family leased 150 acres of their estate, located 13 miles south of downtown San Francisco, to the City and County of San Francisco for $1,500 per year. On June 6, 1927, operations officially began at Mills Field Municipal Airport of San Francisco. With a 4,590 foot runway, a total of 19 aircraft landed, carrying 19 passengers, in the first month. As part of his touring of the United States, Charles Lindbergh visited Mills Field with The Spirit of St. Louis in September of the same year. Shortly after, Mills Field gained its first hangar, followed by three more in 1928. Boeing Air Transport, a precursor to United Airlines, landed a Boeing Model 40, the first airliner to use Mills Field. In 1930, city leaders decided to purchase 1,112 acres from the Mills Estate for $1,050,000 and renamed Mills Field to San Francisco Airport the following year. During this time, Western Air Express and Maddox Air Lines utilized Mills Field, but then relocated to Oakland, while Century Pacific began service with their sole Fokker trimotor. Pacific Air Transport joined in December, 1932, followed by United Air Lines in May, 1934. United would become a major player at San Francisco Airport, a title that remains today. By 1936, San Francisco Airport had three runways, forming a triangle, and a seaplane harbor under construction. 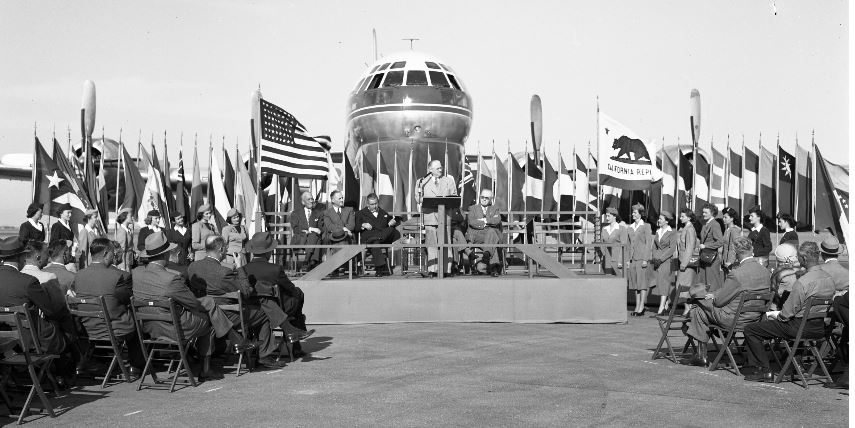 1951: Groundbreaking ceremony for new Terminal with PAA Stratocruiser
World War II ended, allowing Pan American to resume international service. Instead of Martin M-130s and Boeing 314 flying boats, land based planes, like the Douglas DC-4 and Lockheed Constellation family crossed the Pacific. In 1947, the code “SFO” appeared in the American Aviation Air Traffic Guide. The entrance of British Commonwealth Pacific Airlines and Philippine Airlines resulted in the addition of “International” to San Francisco Airport. SFO reached the one million annual passengers mark in 1947, followed by two million in 1952. It became apparent that the current administration building/terminal was insufficient for the postwar explosion of traffic, so construction of a new terminal began. This new terminal, named the “Central Terminal” was dedicated on August 27, 1954. A celebration ensued, and lasted three days, and featured numerous civilian and military aircraft. The Air Force brought their newest jet fighters and bombers, including the enormous B-36 Peacekeeper and B-47 Stratojet, foreshadowing the jet airliners to come. Crowds numbered in the hundreds of thousands, watching airshows and touring the terminal and apron. The central terminal consisted of one administration building with a control tower, and four piers. The piers were named clockwise from the far left, starting with the letter B.
In the latter half of the 1950s, SFO became a profitable operation and was on the way on becoming a powerhouse for the region.  The first Hilton Airport Hotel opened in 1962, at San Francisco International. The San Francisco Airport Hilton contained 380 rooms and a nightclub, located near the Bayshore Highway.
CLICK HERE FOR PART 2: 1959-1978 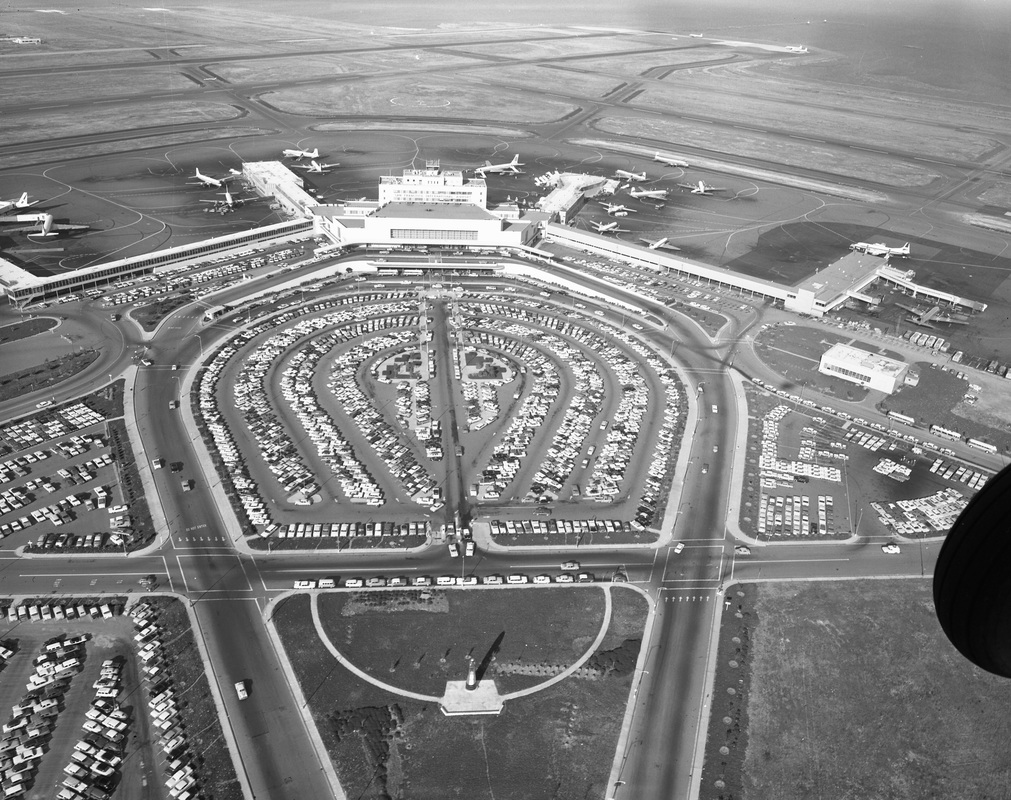