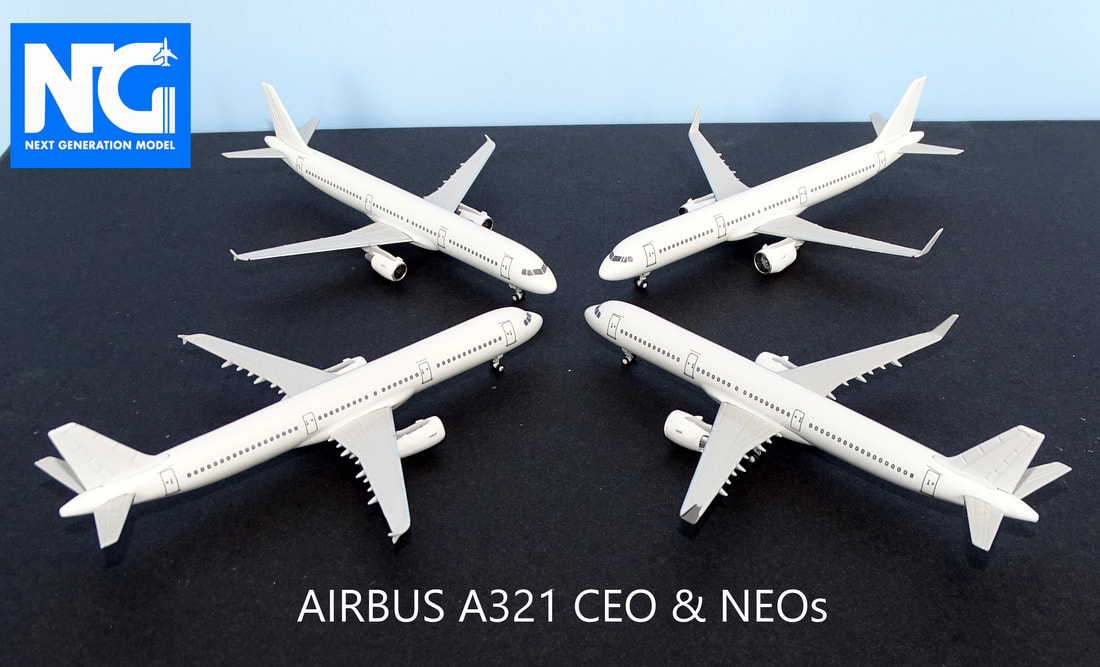 Airbus has shown an impressive ability over the years to build up members of their aircraft family way beyond their original specifications with relatively minor redevelopment. Not only did they change the A330 from a medium range widebody into a long range multi-role platform but the original A321, basically just an extended A320, has been transformed into a 757 replacement platform with as much versatility as the 330. This has been reflected in the orders, which for the NEO version are over 4,000 compared to the relatively anaemic sales of the MAX-10 with only just over 700. So the A321 will be with us for decades to come in huge numbers and represents a major sales opportunity for 400 scale manufacturers. 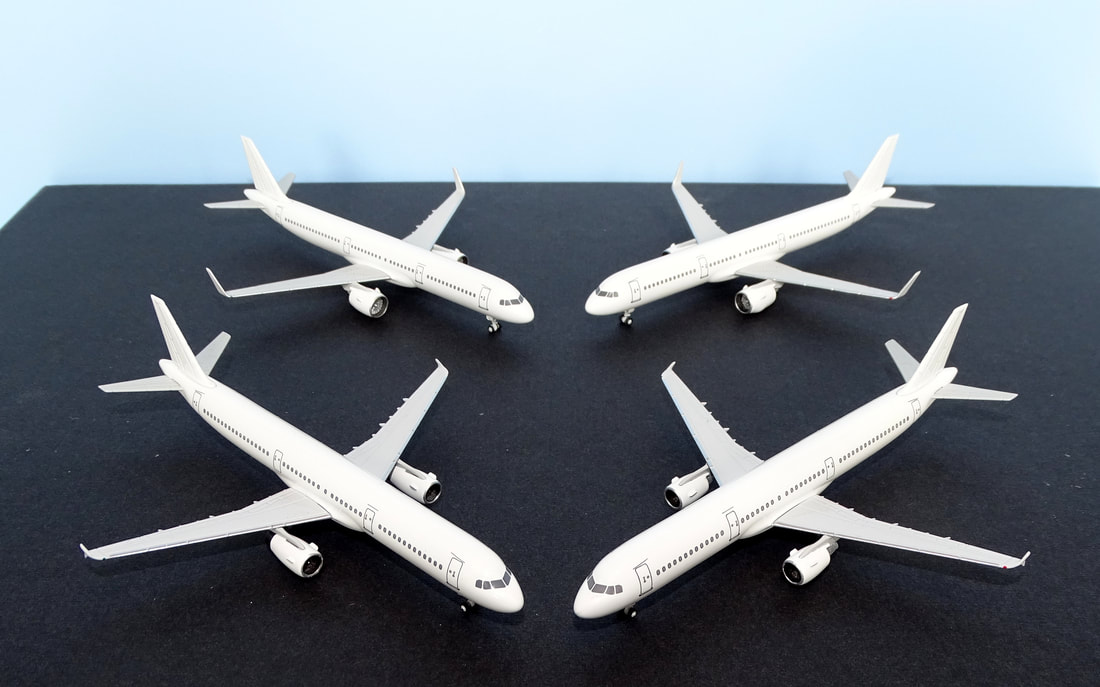 Of course NG Models already had access to an excellent A321 with the previous mould originally produced for HYJLwings, which has been the best on the market to date. With the creation of their own smaller A320 series moulds it is a testament to NG that they have felt the need to recreate the A321s too given how good the original mould is. As told to me their main reasons for doing so where:

1. To improve the pylons and ground clearance of the NEO engines
2. Add some extra detailing to the fuselage underside
3. Fix issues with wing attachment, which saw some QC issues with wings detaching in the box 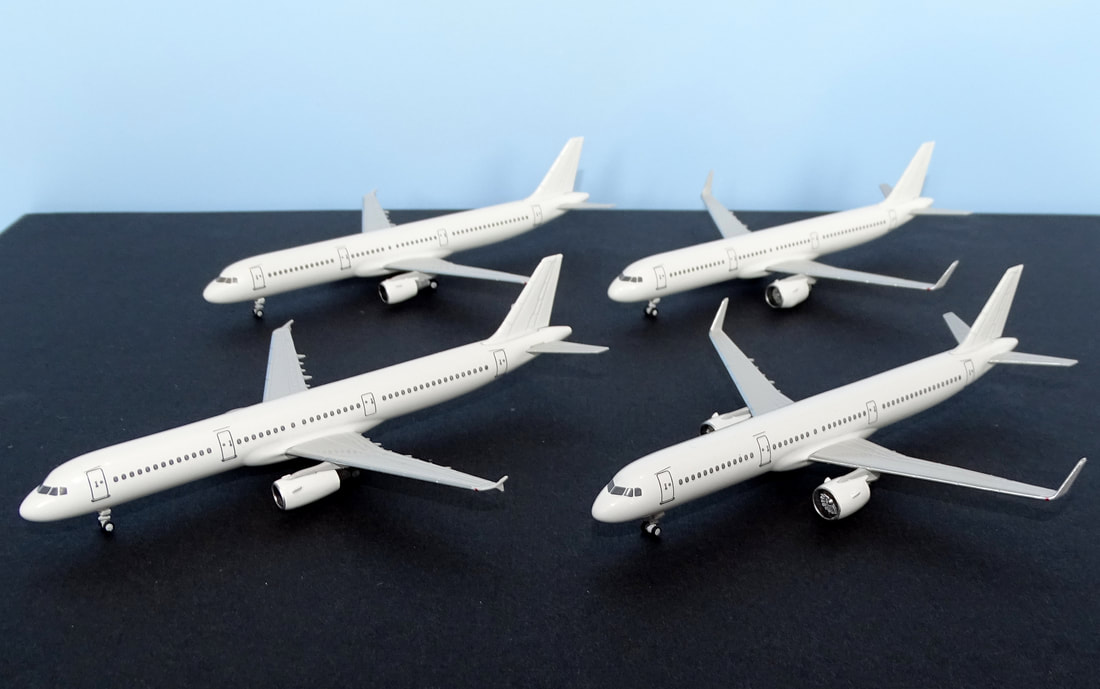 I've already reviewed cover the basic features of the fuselage shape of the new NG Models A320 family mould over at the post relating to the CEO series and the features of the engines also so the previous two parts are required reading before getting into this part of the review:
PART 1: A319/A320 CEO SAMPLE MOULDS
PART 2: A319/A320 NEO SAMPLE MOULDS
In this part I'll focus only on the differences between the A320 and the A321:
​
and also look at how this new mould compares to the previous NG Models A321 (the aforementioned HYJLwings one). 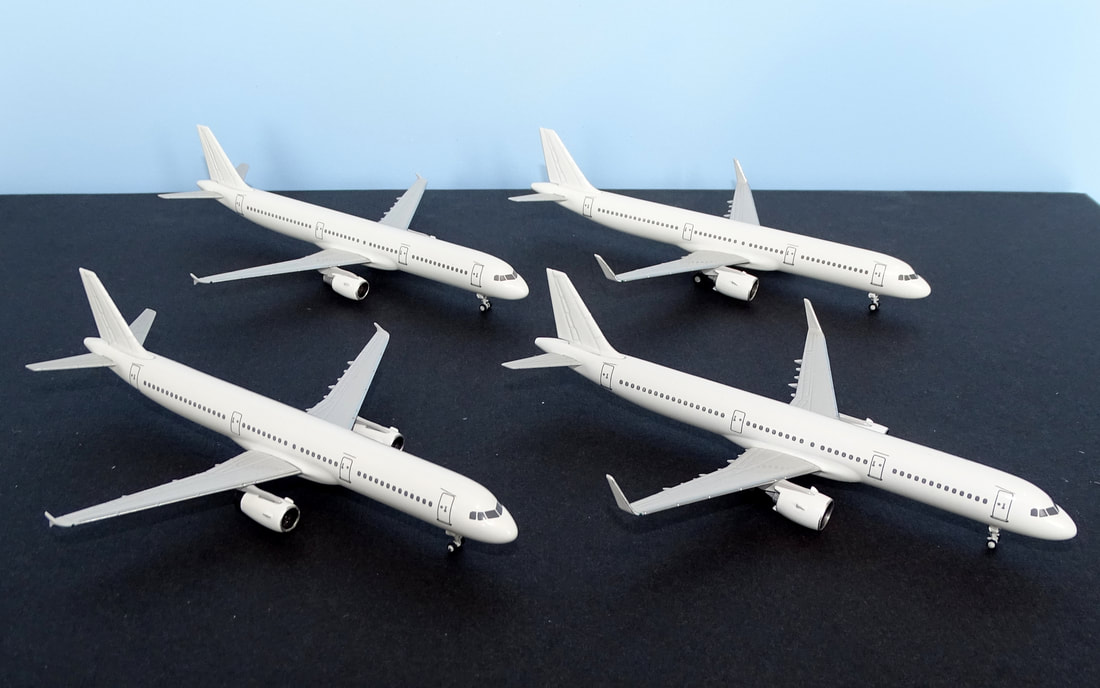 The base A321 is a stretch of the A320 with a 4.27m plug added ahead of the wing and a 2.67m plug after, making it a total of 6.94m longer than the original. The overwing window exists were traded for doors before and after the wing - not that this feature is relevant for a mould analysis.

An A321-231 fitted with the IAE V2500 engines. MarcelX42, CC BY-SA 4.0
DOUBLE-SLOTTED FLAPS
Something that is very relevant for the type is that the wing was also modified with doube-slotted flaps, which alters the appearance of the wing quite substantially, most obviously in 400 scale by having more flap track fairings (the spikes that poke out beyond the wing trailing edge). This is an importtant feature that is only sometimes recognised by 400 scale moulds.​
Below: The single slotted flaps of an A320 on the left and the double slotted flaps of an A321 on the right. Note how the A321 has many extra flap track fairings between the major ones to cater for the double slotted flaps. 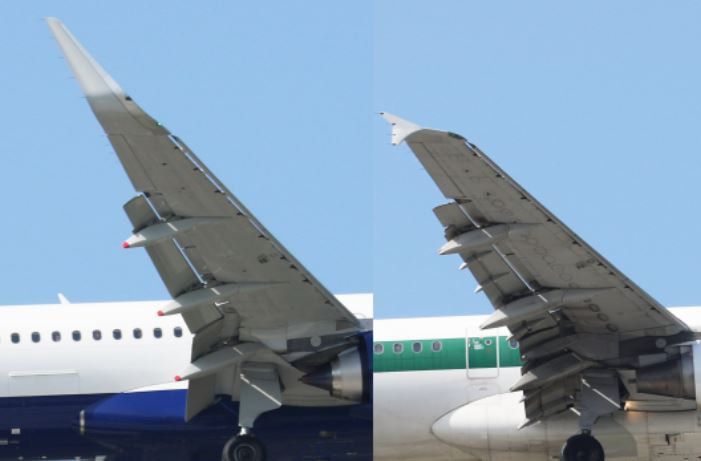 Everyone who has a current active A320 mould also has a current active A321 mould so competition is strong. It does mean however that the same issues that their A320 moulds have also tend to exist on their A321s since the 321 moulds have always been developed from the A320 versions. The only exception to this has been the mould this new NG one is replacing, made for HYJLwings by NG Models and later used by them also:

The excellent HYJLwings / NG Models A321 mould being replaced
The big issue with many existing A321 moulds comes to the wings. With the ceo versions all the brands went to the trouble to make a proper A321 wing with the double-slotted flaps, except for Phoenix - the lazy buggers. All their A321s have the wrong wings on them.

With the Sharklet equipped wing both Aeroclassics and Phoenix couldn't be bothered and so just slapped an A320 wing onto their A321s with Sharklets and hoped nobody would notice.

Only JC Wings / Gemini Jets, Panda Models and HYJLwings/NG Models have actually bothered to make the correct wing for all their A321s. Well done to them and a big raspberry to Phoenix and Aeroclassics, but especially Phoenix, for incredibly lazy behaviour. 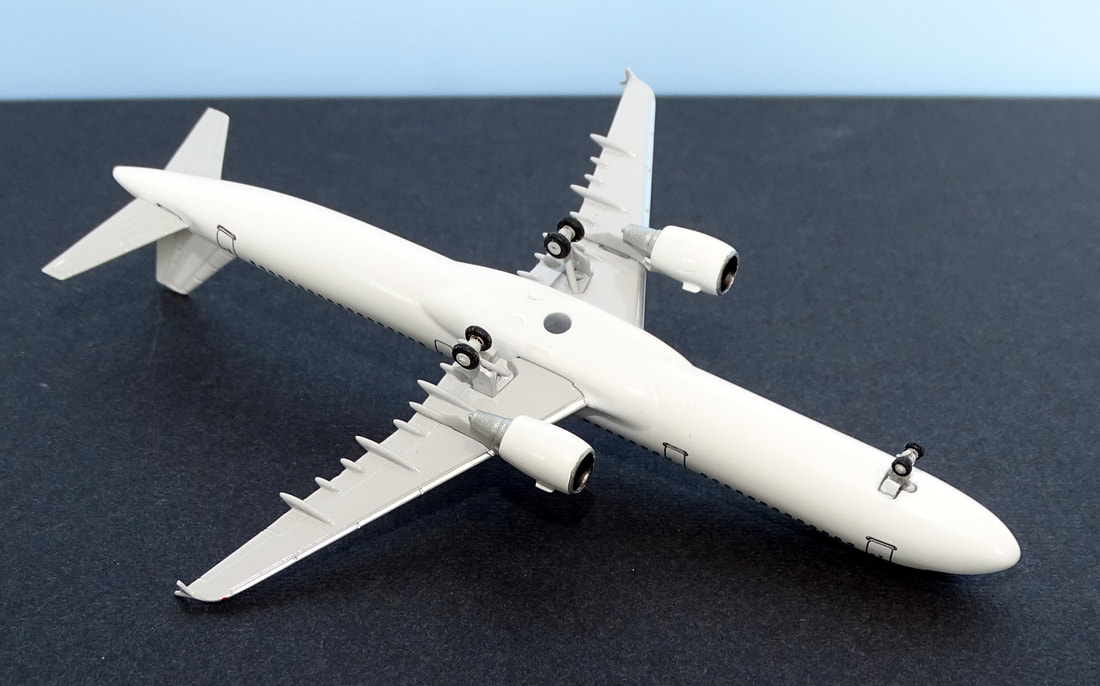 NG Models has made a lovely A321ceo with the double-slotted flaps clearly visible. Also note the extra raised detailing between the landing gear as on the A320 variants. 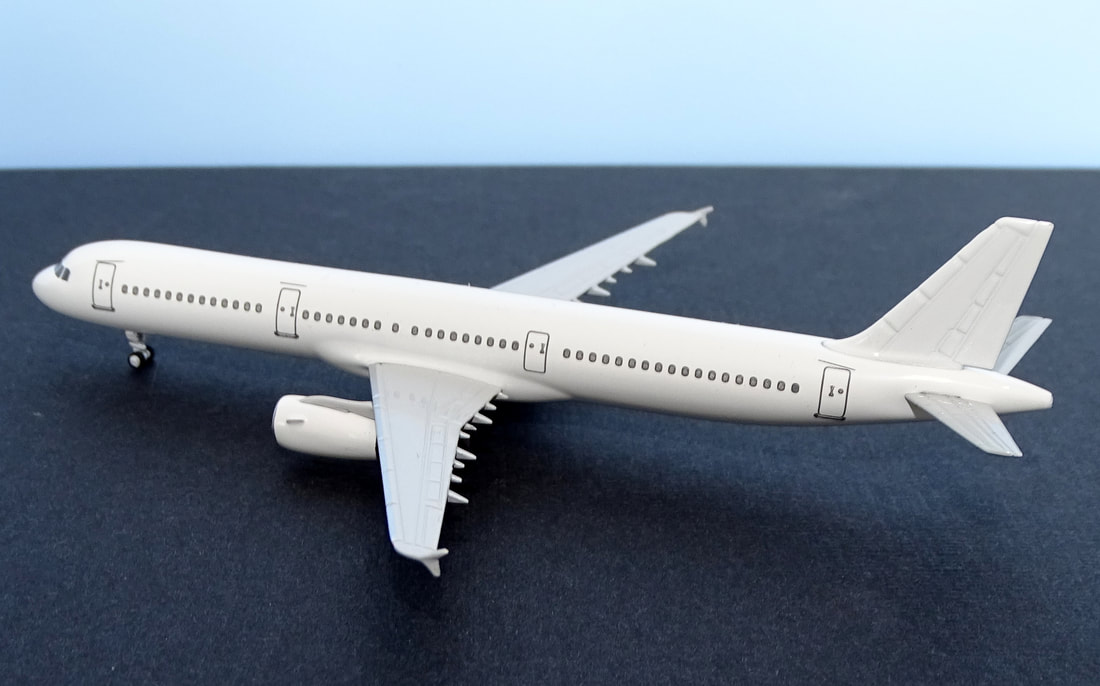 Side on the differences between the new NG models A321neo and the already excellent HYJLwings/NG Models older A321neo are minimal.

NEO WINGS
As you'd expect there are no issues with the wings of the new A321neos either. 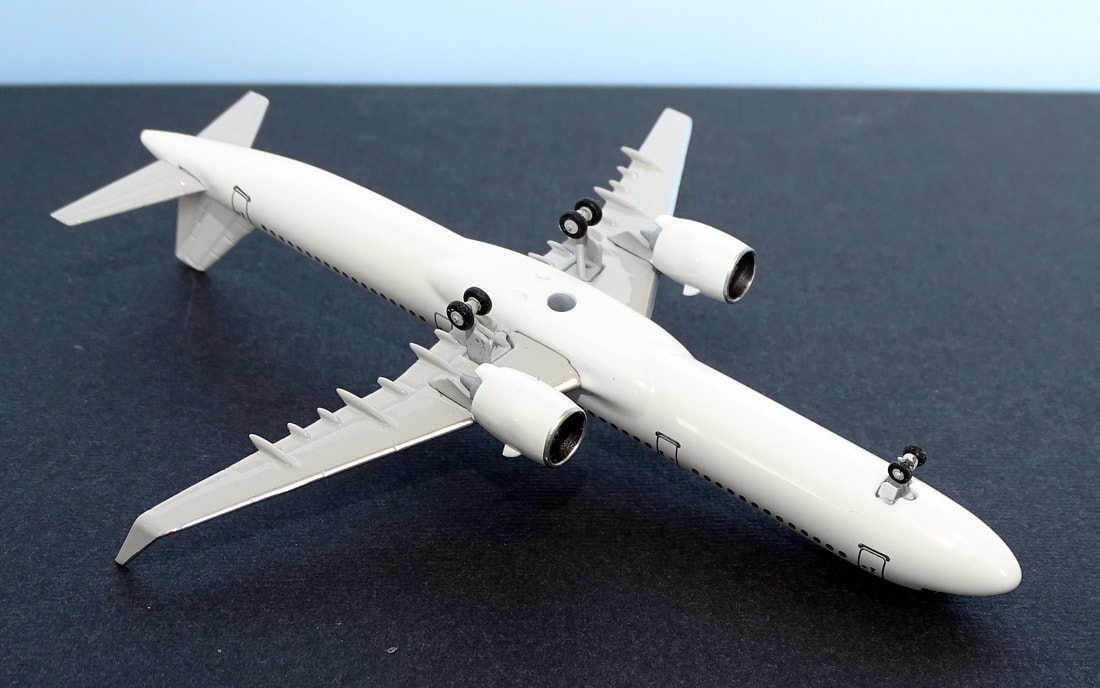 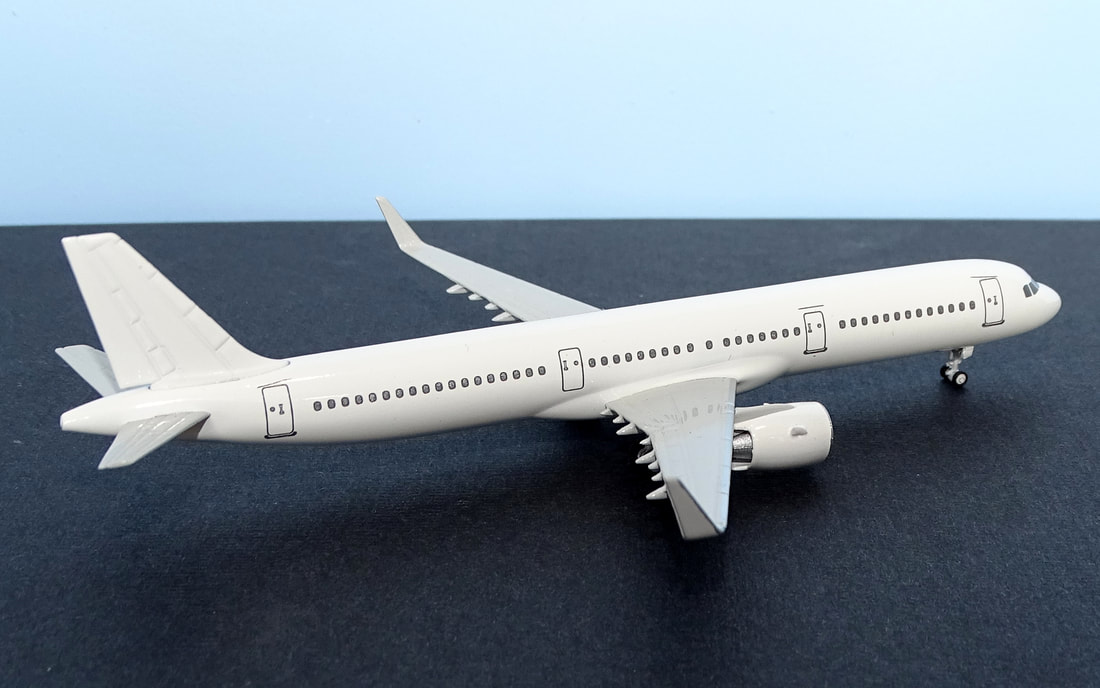 The wings of the new mould do appear to sit slightly lower than the older mould:

SHARKLETS
The Sharklets on the new mould are a clear improvement at the tips, which are better defined and sharper.
FRONT
From the front there is little to tell the older and newer moulds apart aside from the engine cores. The new mould's engines may sit slightly higher than on the earlier HYJLwings version but if they do it is by a tiny margin.

Airbus A321 with CFM LEAP engines 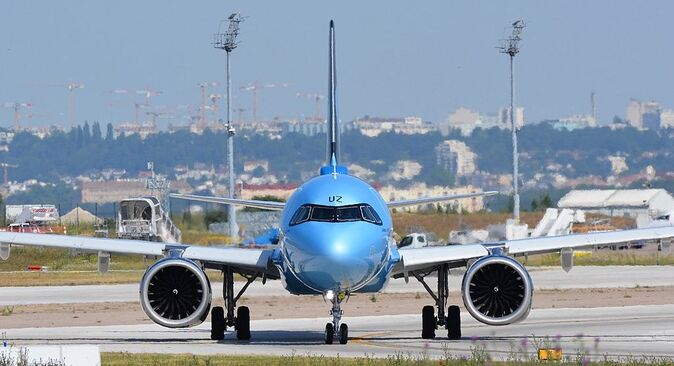 A321 with CFM LEAP engines

SUMMARY
Fundamentally NG Models already had what was effectively the best A321 mould in 400 scale with the HYJLwings version. It's only real competitor was the Panda models mould. Was it really worth creating new moulds? Probably not, but NG obviously thinks it was and it shows a commendable interest in accuracy. Compare that to brands that can't even be bothered to put the correct wing on their A321s let alone mould a proper CFM LEAP engine!

The new mould is probably marginally better in some areas (underside fuselage detailing, Sharklet shape) and marginally inferior in at least one (I'm still not taken by the fanblades for the NEO engines). It is overall hard to tell the difference between it and the old mould without looking very closely, but it does give NG Models the complete set of aligned A320 family aircraft types, with which to compete and I am sure they will do well.

Airbus A321 with CFM56 Engines