The intention of this page is to describe and show all the Delta Air Lines liveries from 1940 to the present day.
1940-1948: FLYING DELTA 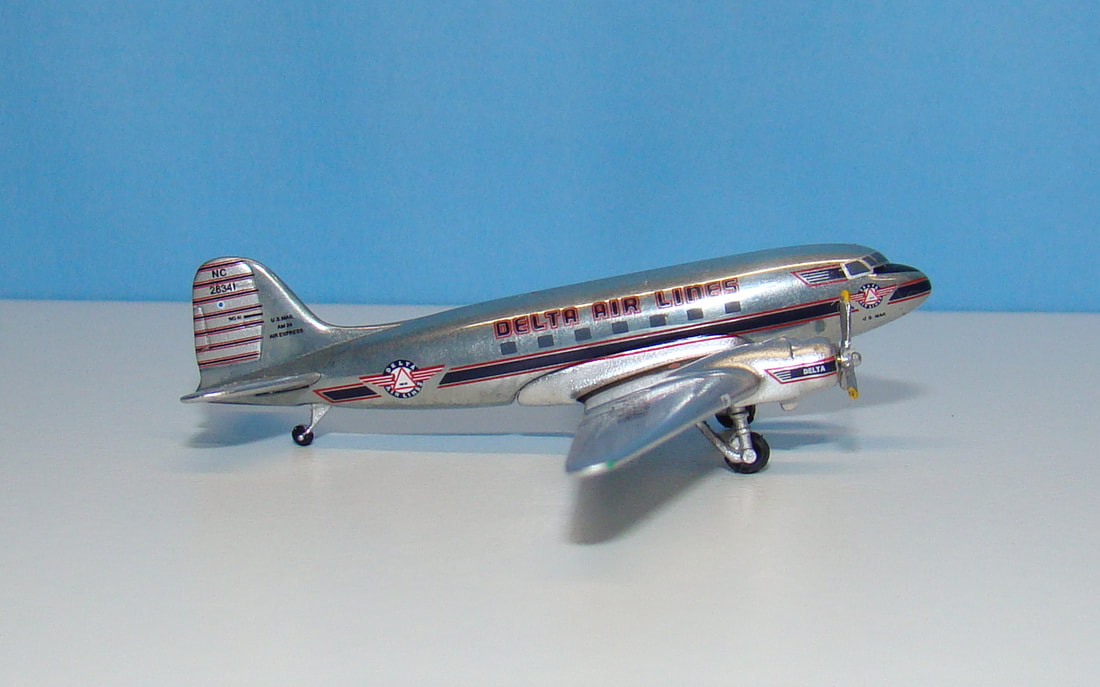 1948-1951: BAREMETAL FLYING D
The tagline on the lower rear of the aircraft was 'The Airline of the South'.

After the 1968 livery standardisation some of the DC-9s would get the shortened DELTA titles but keep the rocket widget for some time to come. This is shown by the model below:
1968-1982: CLASSIC WIDGET SHORT TITLES
This version of the livery was worn by the CV-880s, all DC-8s, DC-9s, DC-10s, 747-100s and the earliest 727s (first acquired as part of the takeover of Northeast Airlines). Some of the FH-227s acquired from Northeast also got into the full widget for a short period before they were sold. Interestingly the DC-8-61s never wore another scheme variant even after they had been converted into DC-8-71s and served into the late 80s.
1976: BICENTENNIAL LOGO
As part of the US Bicentennial celebrations Delta decided to modify its traditional widget logo turning it into a stars and stripes widget with the text "WE THE PEOPLE.... 1776-1976" underneath it. The phrase obviously refers to the preamble of the US Constitution, although Delta also said it referred to the spirit of their own personnel. The widget was worn during 1976 by 727-100/200s and L-1011s, although I'm uncertain how many of the fleet it adorned.
I've seen the logo applied to Tristars and 727s but I'm not sure if others wore it.
1973-1997: CLASSIC WIDGET TRISTARS
When the first Tristar arrived in December 1973 it sported the same widget livery as the rest of the fleet except that the forward dark blue chetaline flowed down onto the radome. Interestingly there were two variations of the natural metal belly configuration. The early Tristars had a gently flowing metal belly line with more white, whilst later Tristars had a metal belly line that followed the flow of the cheatline more closely. It seems that the selection of the metal belly configuration was more complex than this and both types overlapped for sometime in the fleet. Eventually the latter configuration with a larger metal belly was the survivor. 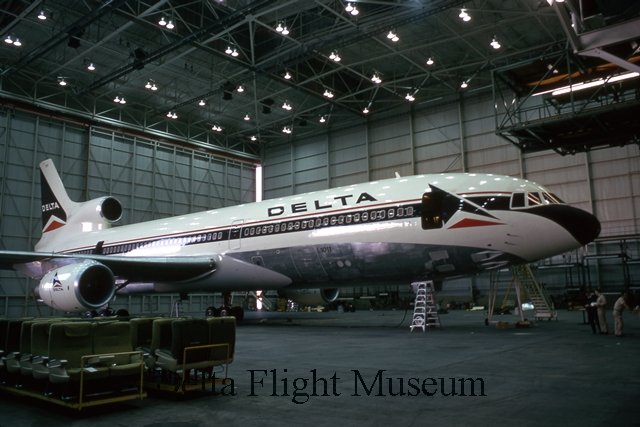 The first Tristar shows the original configuration of the silver belly
The image below shows the modified silver belly line that would become standard during the 1980s and 90s:

Jon Proctor [GFDL 1.2 (http://www.gnu.org/licenses/old-licenses/fdl-1.2.html) or GFDL 1.2 (http://www.gnu.org/licenses/old-licenses/fdl-1.2.html)]
1982-1997: CLASSIC WIDGET DARK NOSE
There was even variation in this scheme however in relation to the silver belly. Initially the silver belly followed the line of the cheatline leaving a white margin between the silver and dark blue (see the 737-200 and 757-200 models above). The later version of the scheme introduced towards the end of the 1980s (I think) changed this and the silver now was more extensive and meets the dark blue under the nose. N608DL, a 757 that has been preserved by Delta, actually wears the later variation as you can see below: 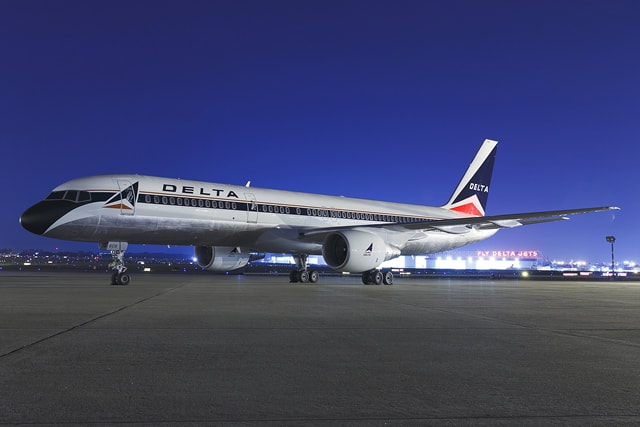 ​Many other aircraft in the fleet wore 'The Official Airline 1996 Olympic Games' stickers on the lower forward fuselage.
1997-2000: RON ALLEN / LANDOR
1996-2003: DELTA EXPRESS
Delta's first attempt at 'an airline within an airline' used just 737-200s. They wore either the Widget, Ron Allen or Colors in Motion schemes depending on era with 'Express' titles added. 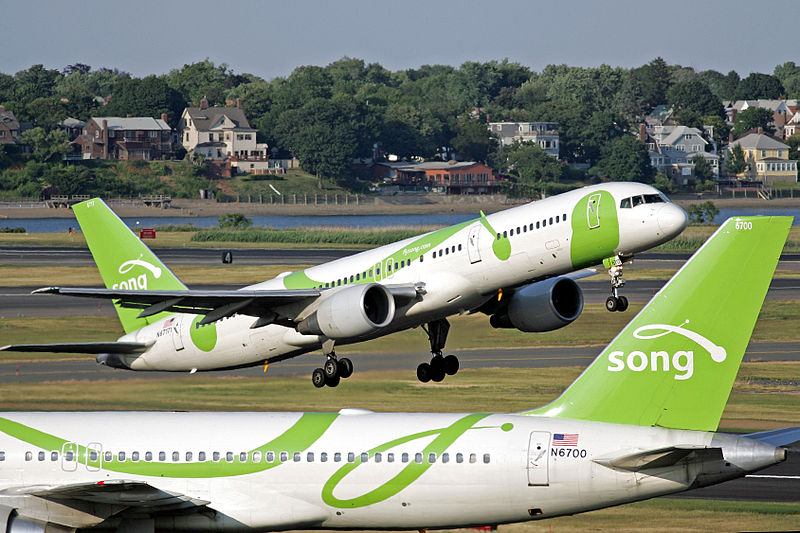 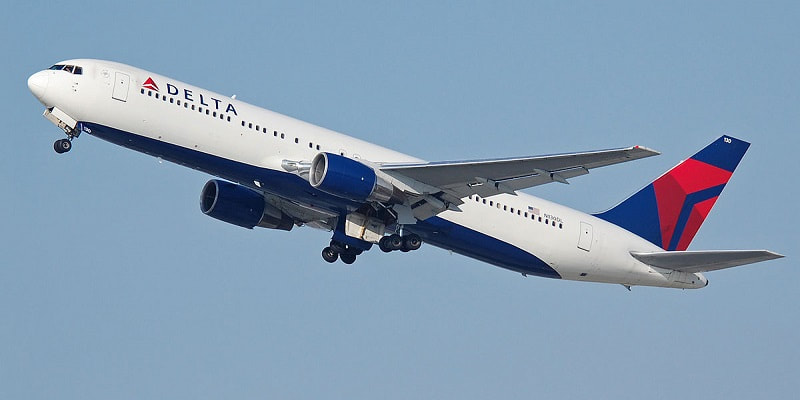 2006-PRESENT: OTHER SPECIAL SCHEMES
Since 2006 Delta has had several other special schemes which are detailed on the following page:
Delta Special Schemes