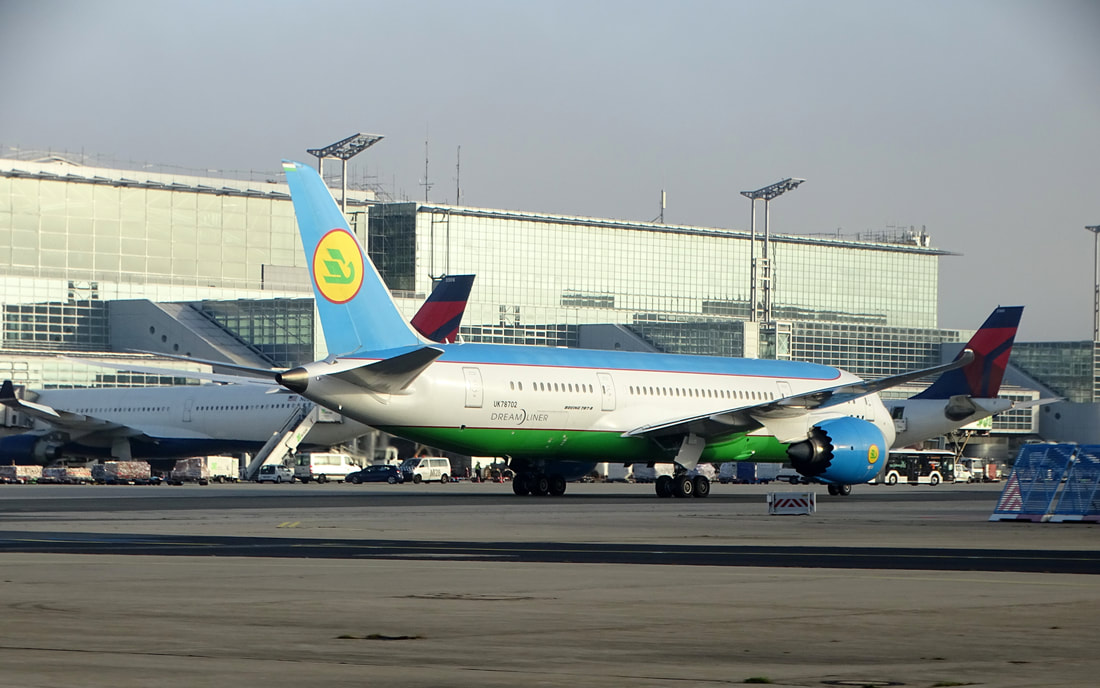 Early DC-10s
Schabak inherited the old Schuco DC-10 mould and although it went through the usual set of undercarriage changes that impacted all Schabak models the mould itself remained essentially unchanged. The mould featured a DC-10-30 version only and there was never an attempt to recreate DC-10-10 or DC-10-40 versions with any accuracy. The mould itself was pretty decent considering its age but the nose is too pointy and it was a mould where the cockpit windows were regularly misplaced.
The mould saw regular usage throughout the history of Schabak but was never used post-2006 in the Schuco-Schabak period.
Below: A lineage of Varig DC-10s showing the three major transitions from the Type 1a through to a silver windowed Type 1b

Below: A lineage of Viasa DC-10s showing the three major transitions from the Type 1a through to a silver windowed Type 1b 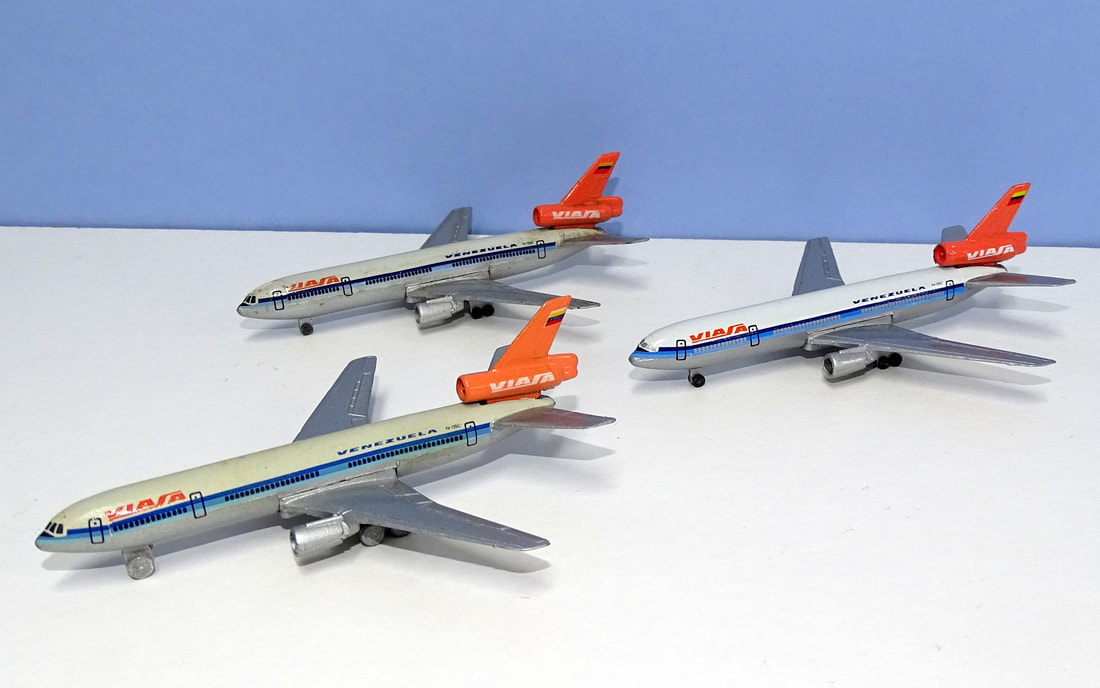 MOULD VARIANTS
TYPE 1a: 1984-1989
The initial DC-10 mould featured large rolling wheels throughout. ​Unlike the Tristar the mould was made of three separate pieces. The fuselage sat on a wingbox cradle, and the centre engine and tail were fitted onto the fuselage. The mould had the old Schuco designator 335 792 printed on its bottom and this was never altered, however in Schabak price lists it was known as 902.

Type 1 L-1011 Tristar Mould
TYPE 1b: 1989-2006
The second DC-10 is exactly the same as the first but with the mould modified to fit the smaller type landing gear. A very few DC-10s acquired the small silver wheels in 1989 but most from then until 2006, where fitted with the small black gear.

As production continued in the 1990s the black or white windows were replaced with silver and the decals improved in general. This Varig example is representative of a late style model:

PRODUCTION
Below is the total list of Schabak DC-10 production organised by airline number. Ids relate to the DiMA database.
Five DC-10s were produced as part of the Silver-Wings limited retro line of models:
Few completely new DC-10s were added to the production during the 1990s, although many of the old favourites remained. Some of the last new liveries for standard production included Swissair with the blue Qualiflyer belly, United Airlines (battleship grey), Northwest (with KLM dual colours), Viasa (Iberia colours), African Safari, Hawaiian, AOM and Harlequin:
The last new DC-10 produced was the Japan Airlines early 2000s colours but unfortunately this model is one of those afflicted by decal cracking: