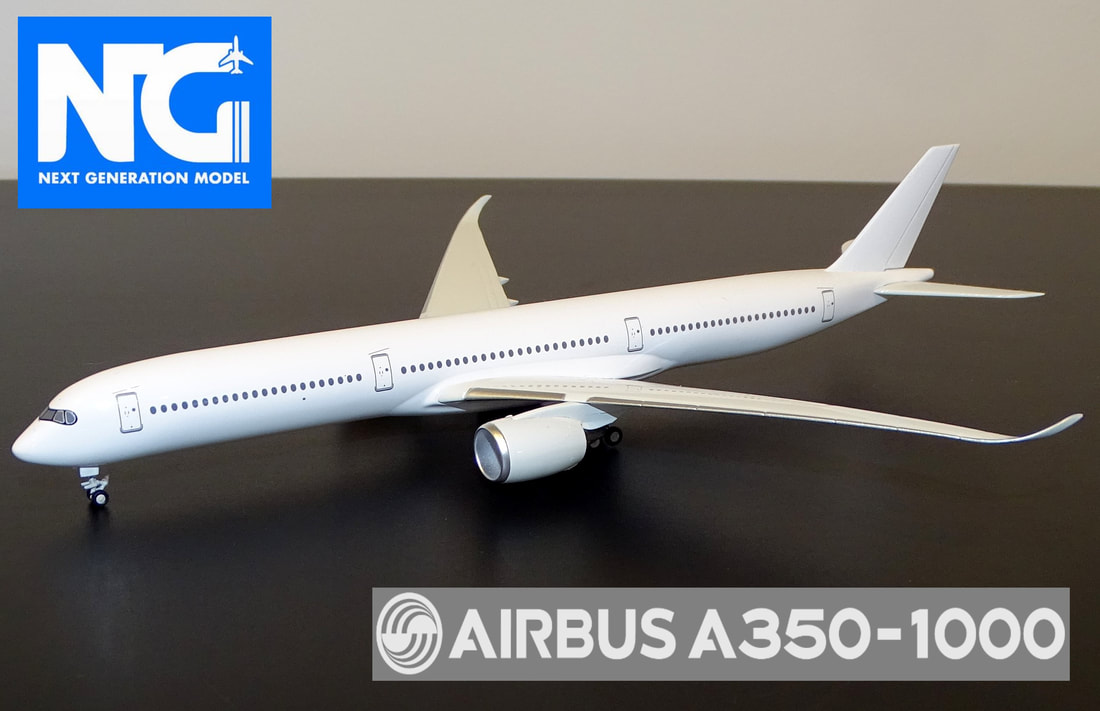 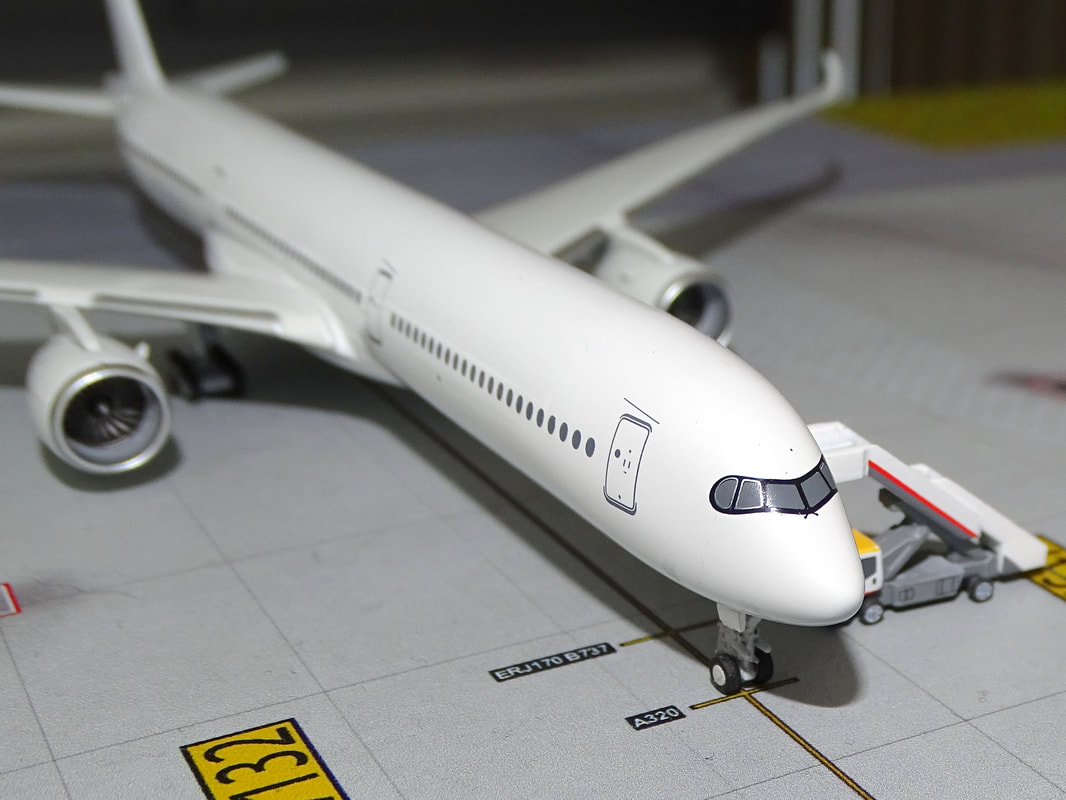 NG Models A350-900 was released in late 2020 and in my opinion probably doesn't get the full credit it deserves. It easily defeats the Phoenix and JC Wings editions but when I undertook a direct comparison with the Aviation400 A350 it actually won that argument as well. See the detailed review here:
NG Models A350-900 Sample Review & Scoring

I added the A350 mould review in November 2021 and it still represents the moulds available well:
Airbus A350-1000 Mould Review
In short, there are series 1000 moulds from Phoenix, JC Wings and Aviation400 all of which share the strengths and weaknesses of their series 900 counterparts. The best is obviously the Aviation400 version, which has several aspects the NG Models A350 doesn't - namely the red jewel navigation beacons and the swivelling maingear. How much these matter to you will likely define whether you prefer the AV400 mould over the NG Models version as both moulds are very nice:

The A350-1000 has not sold well, partly due to elements outside of its control like Covid, and partly due to the large number of relatively young 777-300ERs still in service. It still feels like there is a lot of life left in the sales campaign for the series 1000, which will make a 400 scale mould for it a sound investment in time for NG Models. That does mean however at the moment that there isn't a lot of originality or releases of interest to be made in the near term.

I'm not going to go over this mould in detail since it shares almost all its characters with the NG A350-900 so I'll mainly let the photos do the talking here aside from new areas or criticisms.

One area that is new is the maingear trucks with the triple wheeled bogeys. They do not pivot, in keeping with other recent NG maingear, but the shape of the landing gear doors, detailing of the tyres and size of them are all superior to the AV400 version.

It is worth mentioning however on this sample that NG have attached the maingear doors on backwards! That's an easy fix. 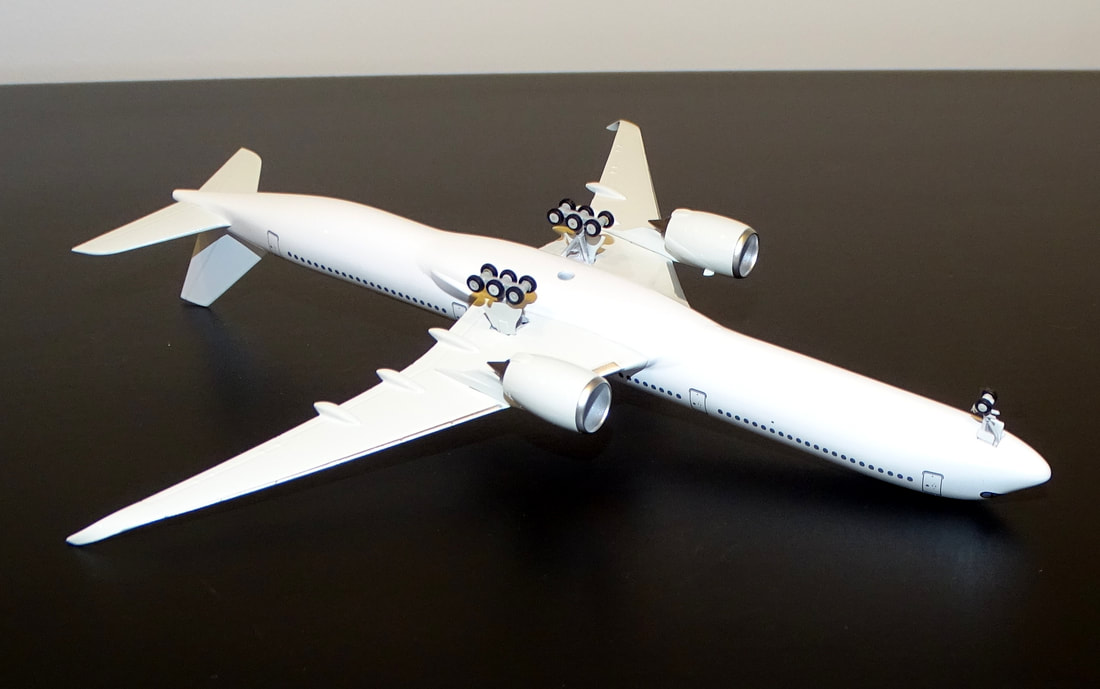 Another area where the NG A350 does outcompete the AV400 version is the fanblades. Unlike on later NG widebody moulds the engines are hollow core and do have spinning fanblades. These cause compromises but the fanblade structure is better than on the AV400 mould.

I would also argue that the nosecone shape is slightly better than the AV400 mould, especially given some of the over-polishing issues that were apparent on some of the recent AV400 released models. 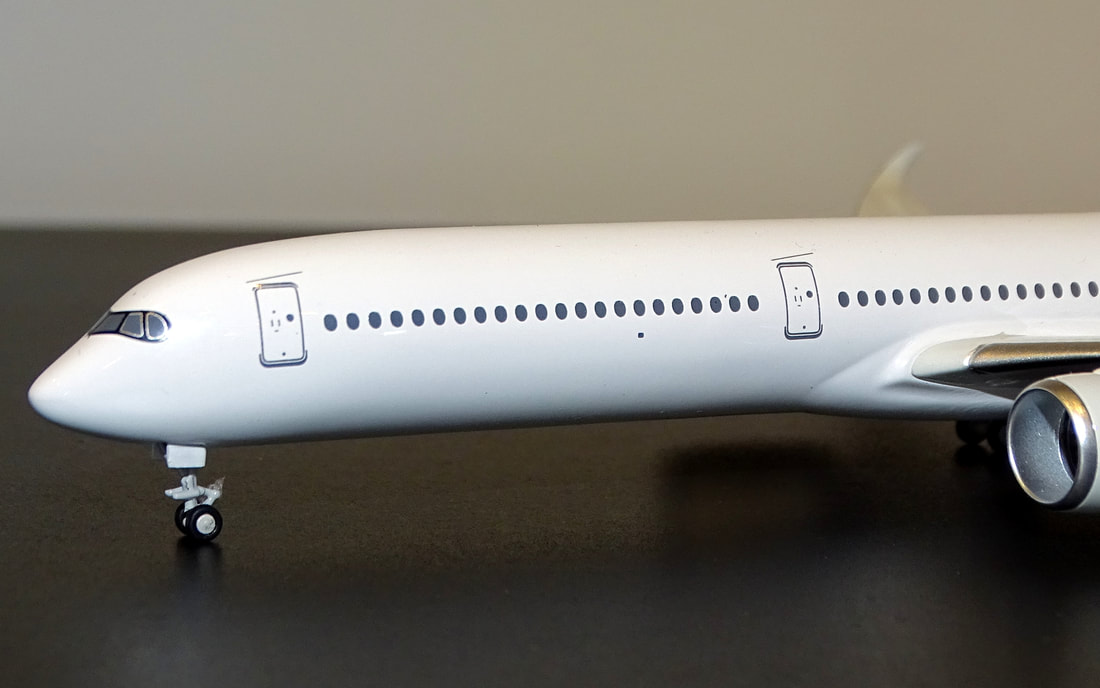 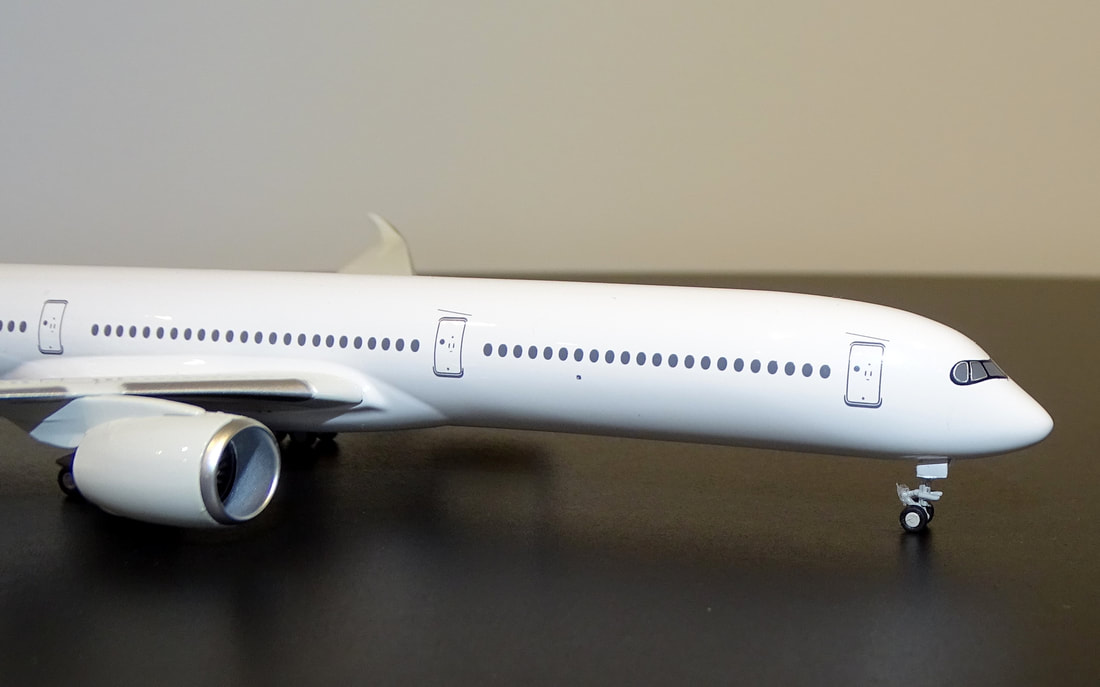 If I have a criticism of the mould it is at the tail where the upper front margin is rather squared off at the top in comparison to the A350-900 version and the real thing: 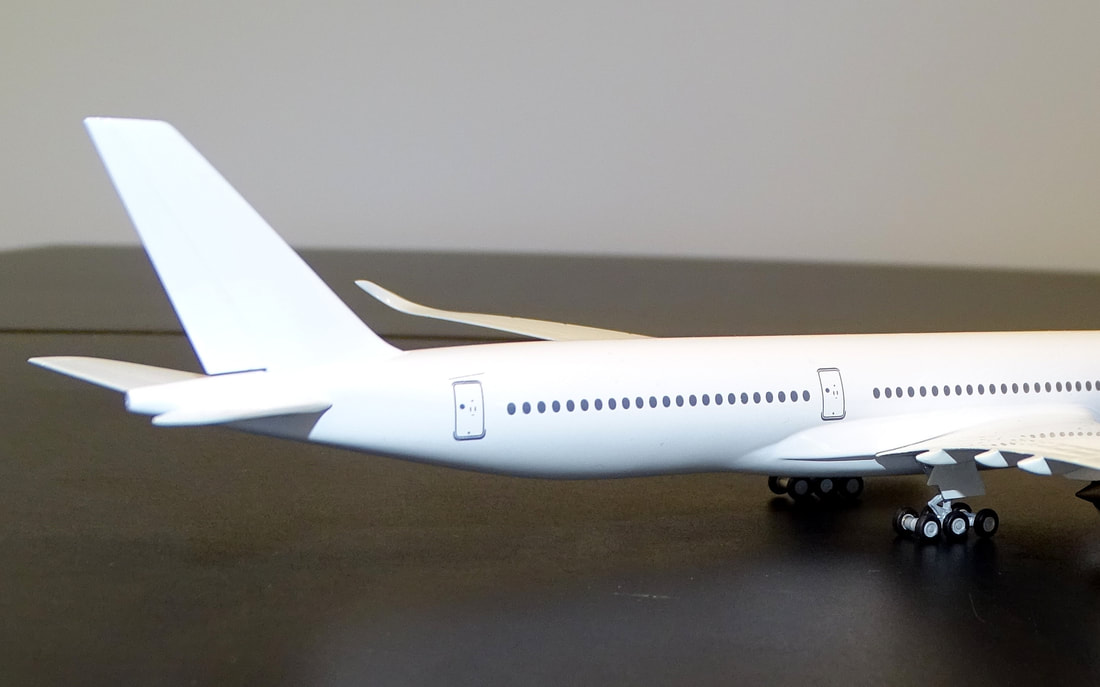 The business case for making an A350-1000 is obvious and strong despite the current number of releases. The usual suspects will of course complain about a lack of innovation but frankly NG don't care what they think. NG are aiming to be number one in 400 scale and to do that you need to be able to outcompete the rest. This A350-1000 is another step in that direction and a simple extension of their existing A350-900. It is an excellent mould only needing a small tweak to the tail top to be the best series 1000 mould on the market.