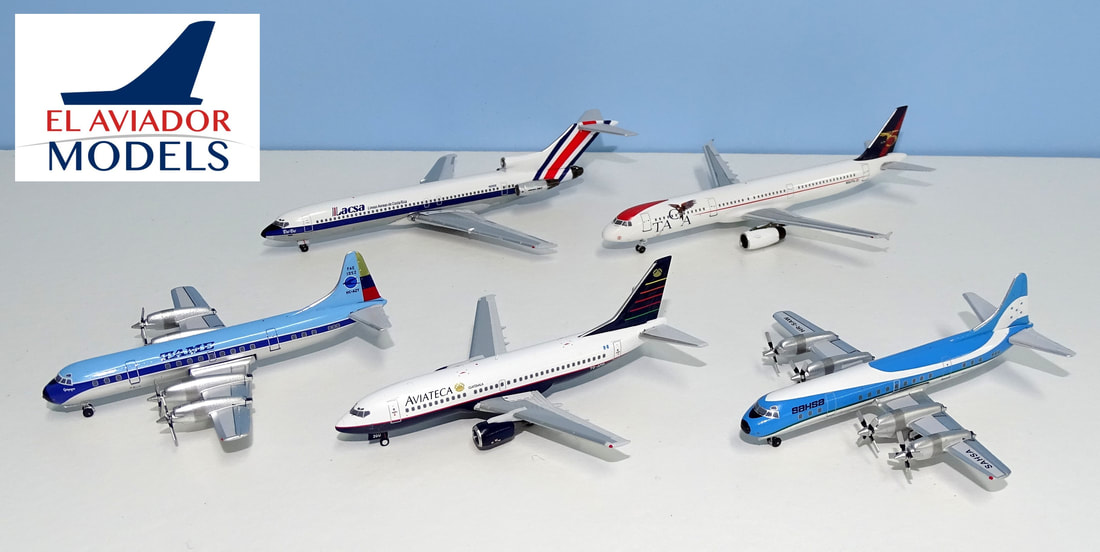 El Aviador has recently burst onto the 400 scale scene producing a new variety of Latin airliners partnering so far with the Aeroclassics factory and Panda Models for production. Since, aside from Aeroclassics, 400 scale is starved of classics it is very welcome to see the appearance of another brand that is mainly interested in serving this market. The market itself certainly seems one that has potential citing just two examples - recent sales of AeroPeru models by Aeroclassics, and how expensive and rare VARIG releases are in general.

September 2021 Releases
El Aviador appears intent on continuing to release one or two models per month and has already announced its 8th and 9th releases, both of which represent 737-200s and so presumably will use the excellent Aeroclassics 737-200 mould.
November 2021 Release
The 10th El Aviador 400 release was announced on August 14 and will use the Panda models Airbus A320 mould to make a Mexicana Oneworld livered aircraft registered XA-MXK: 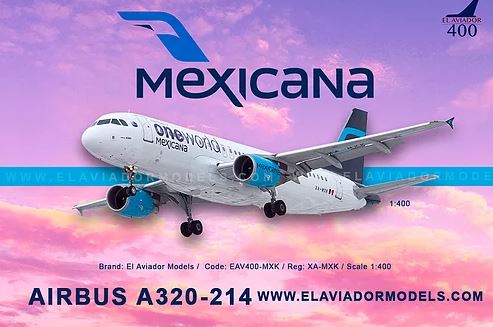 All Release To Date 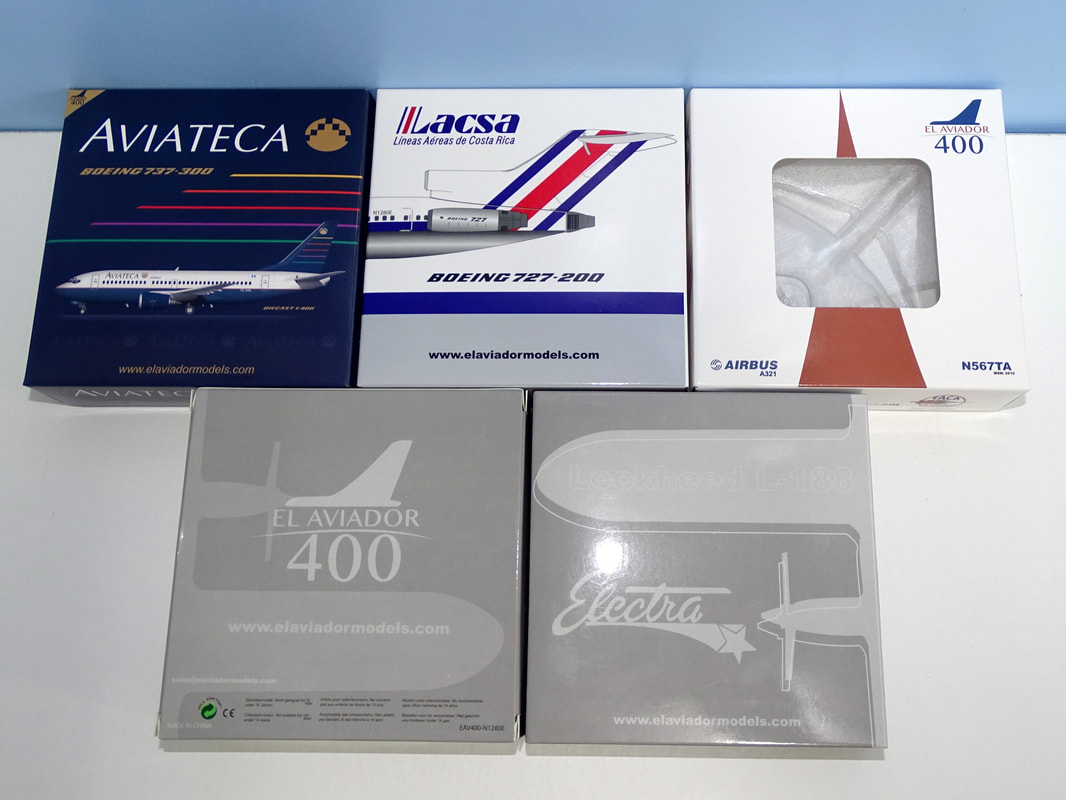 El Aviador @ Yesterday's Airlines
I am a big fan of these colourful and interesting releases and am proud to have been able to acquire and review several of them. Check out the following links for my detailed reviews of these fine models: 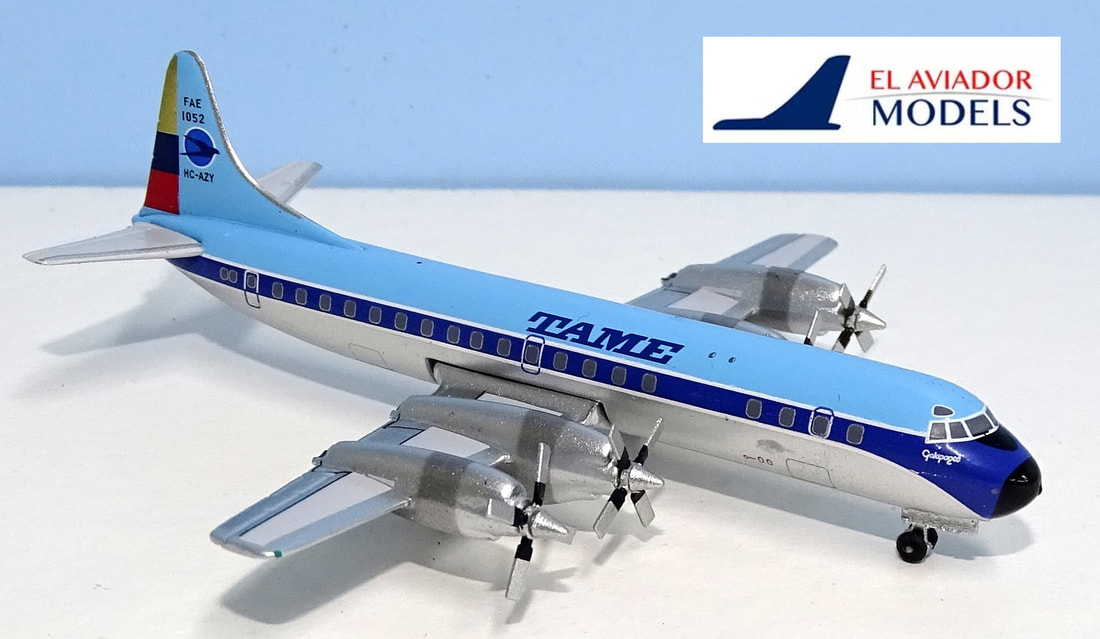