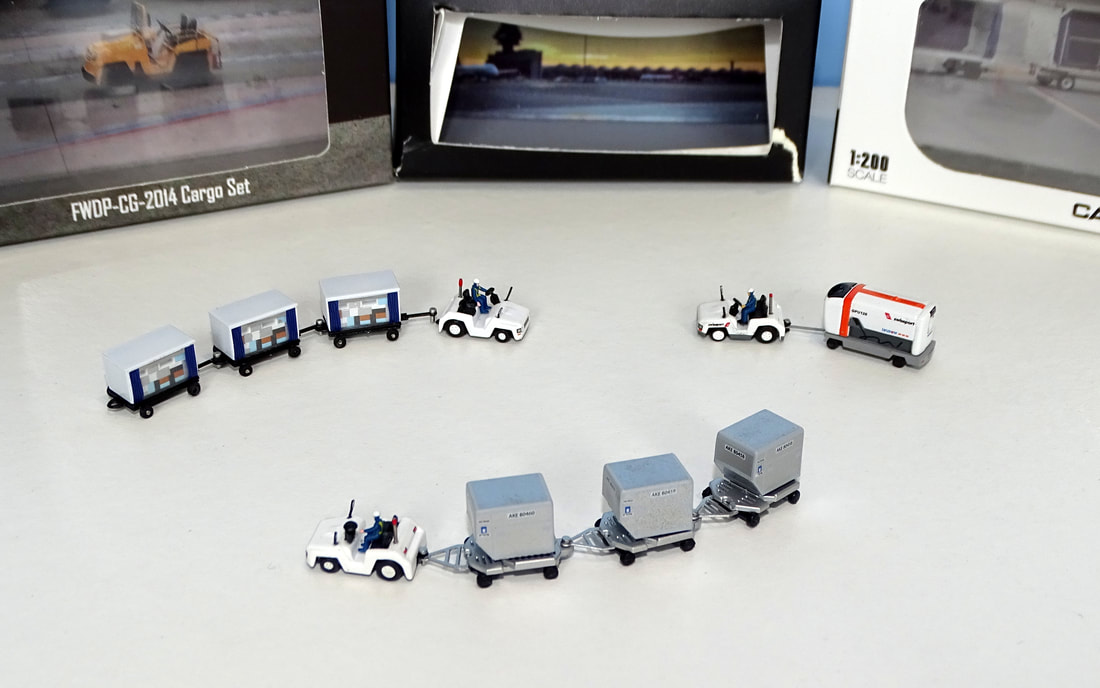 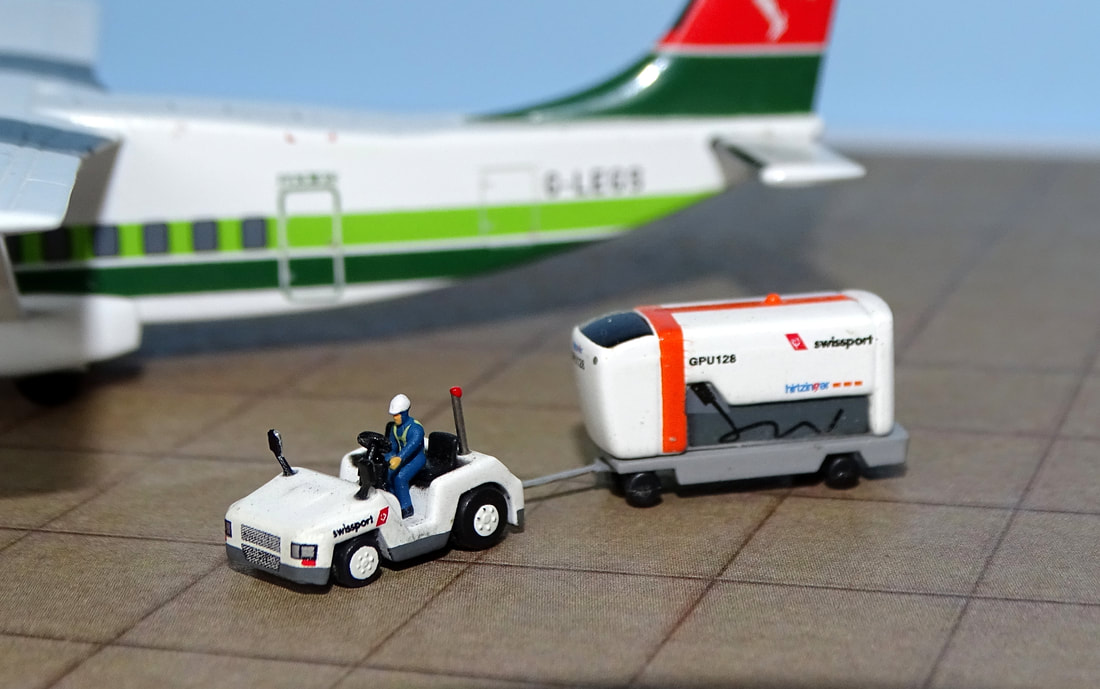 This set consists of the powered tug, the towed ground power unit and the driver. The driver comes separately and sits in the driver seat of the tug. The detailing across the set is typical of the high quality FantasyWings provides and includes a moveable attachment point between tug and GPU. This set goes especially well with smaller types that lack their own APU. 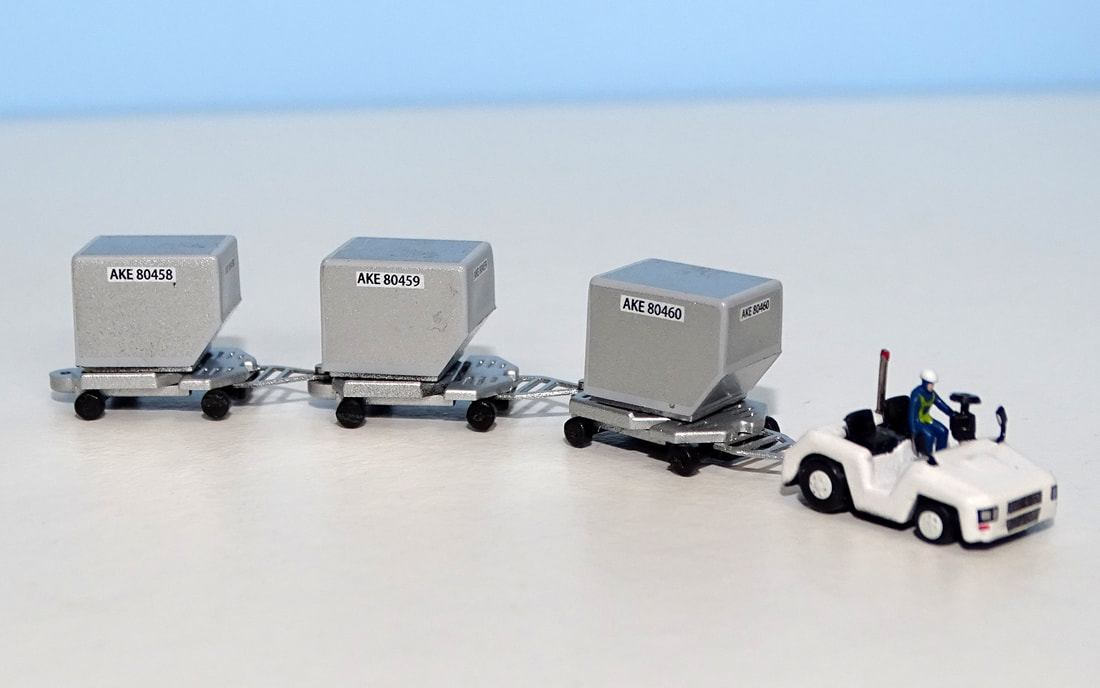 To date two sets have been released. The blank set above and a Japan Airlines version (​UNLD-CG-2015): 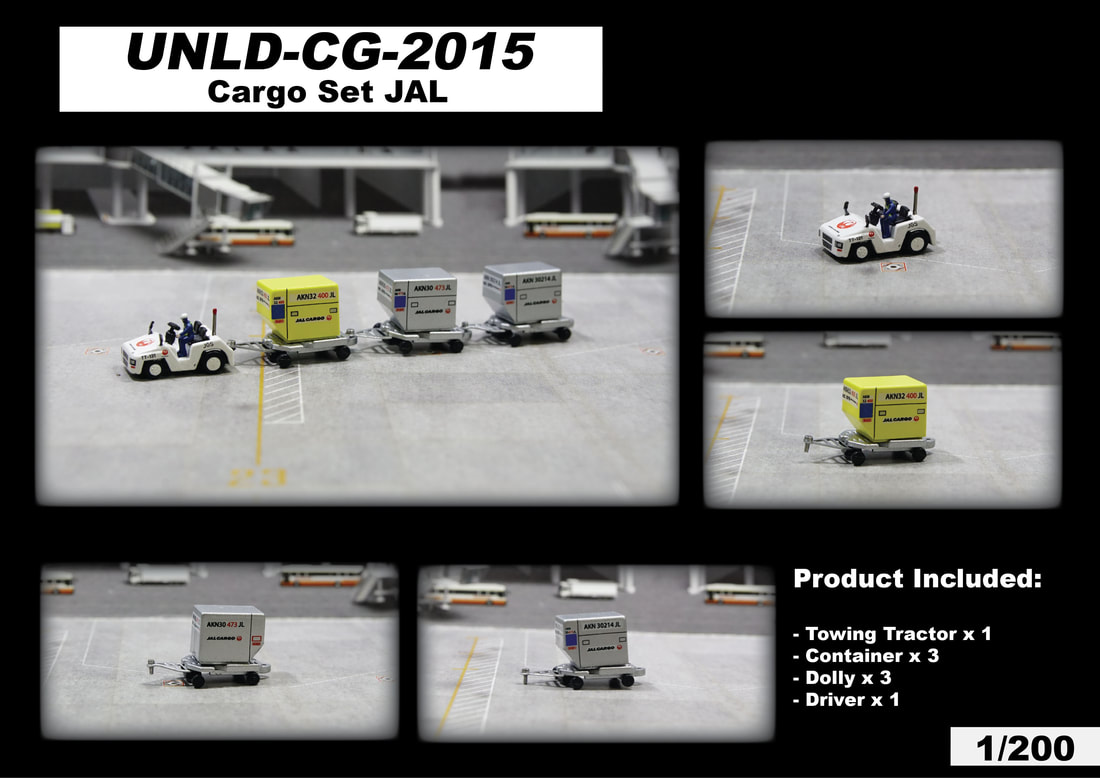 The third type of 200 scale cargo set produced by FantasyWings consists of a tow tractor and three rectangular soft-side parcel carts. In this set the driver is attached to the tow tractor. On the left side of the carts the curtains are closed but on the right side they are open and the internal packages are visible.

There have been two versions of this set. The above blank set and the recently announced Southwest Airlines colours set FWDP-CG-2027: 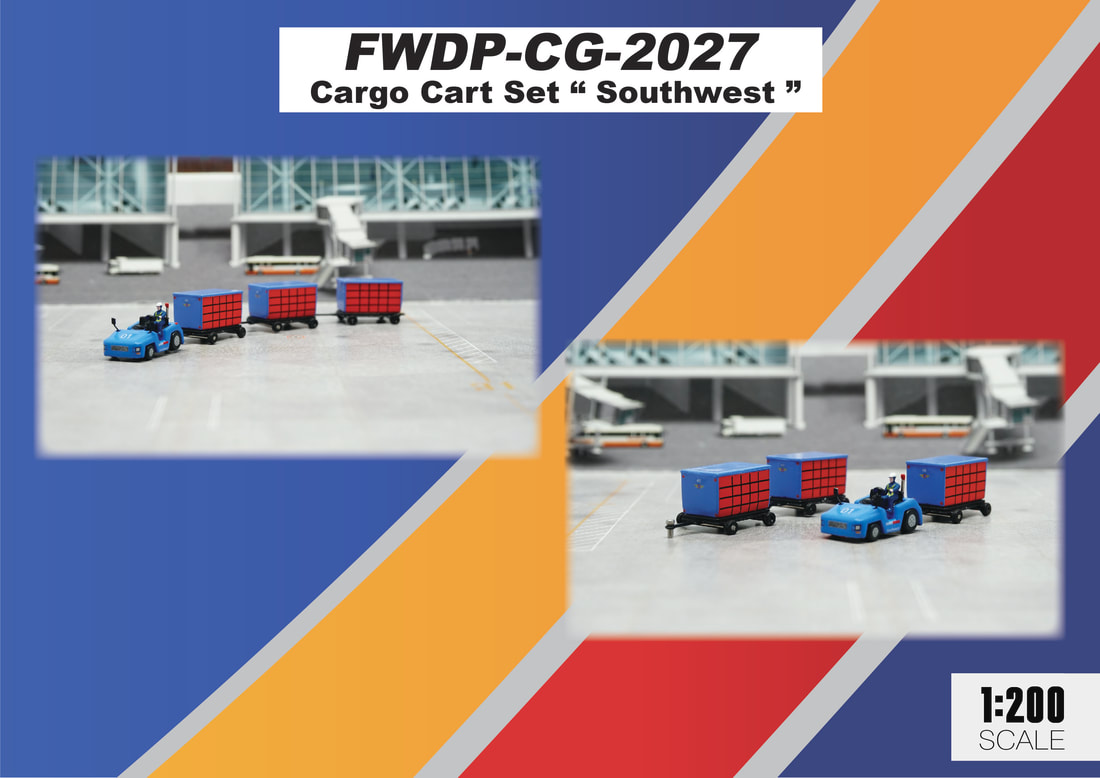