Text by R. Stretton
A modified version of this article appeared in the March 2016 issue of Airliner World Magazine. 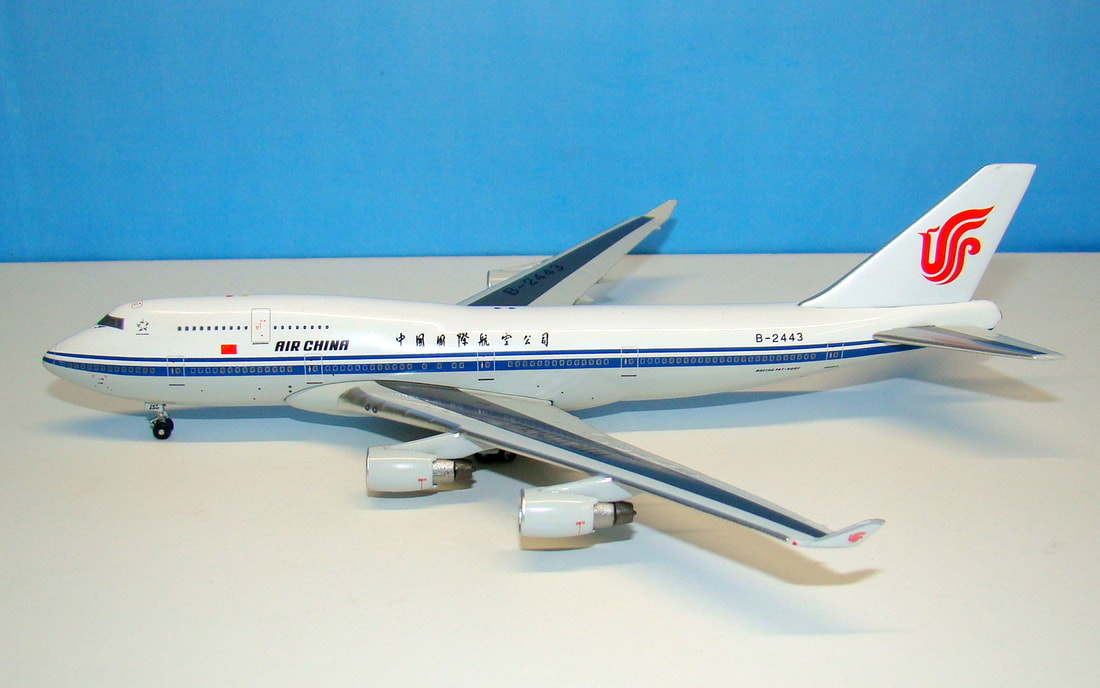 Re-equipment was also ongoing at Shanghai based China Eastern which took delivery of its first Airbus A300-600s in November 1989. The type would be a mainstay of the China Eastern fleet for many years not being finally retired until May 31 2014. In January 1989 China Eastern had also ordered 6 McDonnell Douglas MD-11s (5 passenger versions and 1 freighter) with the first arriving in May 1991. The MD-11s enabled China Eastern to expand into long-haul services to Los Angeles and Seattle, via Japan, as well as Bahrain and Brussels.

China Eastern Cargo McDonnell Douglas MD-11F B-2170
For short haul services, replacing 3 BAe 146-100s, China Eastern made a $270 million order, in February 1992, with Fokker for 7 F100s. These were based at Nanchang and operated domestic routes as well as international services to Nagasaki and Hong Kong. Unlike the A300s the F100s would not have long careers with China Eastern.

China Eastern Airbus A300-600R B-2330
As early as 1998 the airline made a deal with GE Capital Aviation Services (GECAS) whereby it would swap its entire ten strong F100 fleet 1:1 for Airbus A320s and at the same time exchange twelve of its fifteen remaining McDonnell Douglas MD-80s (built up from 5 aircraft inherited from CAAC) for ten more A320s. Ten Y-7s operated from Nanchang and Hefei on short regional sectors also. The MD-11s gradually began conversion to freighters in 1999 having been supplemented by 5 Airbus A340-300s from May 1996.

China Southern Airlines Boeing 757-200 B-2853
The largest airline in China, Guangzhou based China Southern, had been steadily building up a modern fleet of Boeing 737s and 757s, with 737-200s gradually giving way to 737-300s and 500s by 1995. In June 1994 the airline had twenty 757s in service and 6 767-300ERs. The 757s could be seen throughout China, but also operated internationally to Kuala Lumpur, Bangkok, Jakarta and Singapore, whilst the 767s primarily operated to Bangkok and Singapore from Beijing, Shanghai and Hangzhou.
China Southern also dabbled with European regional aircraft. It already had 3 of CAAC’s Shorts 360s in operation, initially from Shanghai but later from Wuhan, and added to these by purchasing 4 Saab 340s in December 1991 for operation from Shenzhen. However as with the China Eastern Fokkers more aircraft were not forthcoming and talks in 1993 for up to twenty Saab 2000s came to nothing. The Saabs only had short careers with China Southern and all 4 were transferred to Shandong Airlines in 1997. More surprisingly in 1989 the airline also took delivery of 5 Britten Norman Islanders for passenger and small package operations from the southern city of Zhuhai.
At the other end of the scale China Southern was an early customer for the Boeing 777 placing an $800 million order for 6 380 seat two-class 777-200s at the end of 1992. The first new 777 arrived in December 1995.  In 1996 an agreement to lease a further 3 from ILFC was announced so that a total of 9 were in service by June 1998.

China Southern Boeing 777-200 and 767-300
The arrival of the 777s spelt the end for the 767-300ERs which were all returned to their lessors by the end of 1998. By June 2000 China Southern operated a thoroughly modern fleet of seventy five Airbuses and Boeings including twenty A320s, which had first arrived in June 1997.

China Southwest Airlines Boeing 757 B-2826
The other three CAAC direct offshoots also saw growth during the 1990s. China Southwest Airlines, based at Chengdu, operated 5 TU-154Ms and a growing fleet of 737-300s and 757s. The airline had received its first 757 in May 1990 but this was written off only 5 months later when a hijacked Xiamen Airlines 737 collided with it at Guangzhou. Replacement 757s arrived from July 1992 and the fleet grew to sixteen of the type by June 1999. They were used on trunk domestic routes as well as international services to Kathmandu, Bangkok and Singapore.

China Southwest was an early 737-800 customer
A sub-fleet of 8 Y-7s served regional destinations throughout Sichuan province from Chongqing. The crash of China Southwest flight 4509 on February 24 1999 which killed all 61 people aboard resulted in the removal from service of all TU-154s in China, though the crash itself was caused by a maintenance error. By June 2000 the fleet stood at forty six aircraft which included 3 Airbus A340-300s which had originally been destined for China Eastern.

Xi’an based China Northwest Airlines was the last of the 6 regional bureaus to take up its own identity in December 1989. Their logo of a globe horizontally split with the Feitian goddess between could be seen by 1995 on an impressive fleet of 5 Airbus A300s and 3 A310s as well as 9 TU-154s and 7 BAe 146-300s. A separate general aviation division operated several BAe 146-100s and Y-7s from Lanzhou.  From November they began replacing their TU-154s with new A320s.

China Northern Airbus A300-600 B-2328
China Northern Airlines based at Shenyang and Changchun also operated A300s, from May 1993, but built its fleet primarily around MD-82s receiving twenty seven of the type and then moving onto the MD-90, of which the first of sixteen arrived in June 1996. International services were operated to Pyongyang, Irkutsk, Hong Kong and Khabarovsk. In September 2001 China Northern became the first Chinese airline to put Airbus A321s into service.

The creation of so many new airlines not only created a safety issue but also a profitability problem, which directly led to a change in the CAAC’s remit away from promotion of access to consolidation of the industry.  A price war between airlines had dented ticket prices whilst corruption among travel agencies was widespread and increasing competition from high speed rail had severely affected several short-haul routes.

Hainan Airlines liveries got a lot more interesting towards the end of the 90s
The CAAC wanted to improve competitiveness and did so by reintroducing ticket price regulations, proposing a plan for market consolidation and beginning to allow investment from foreign sources.  The CAAC also positively favoured the biggest three airlines (Air China, China Eastern and China Southern) allowing them to more freely buy or lease aircraft and set their own ticket prices according to market demand, as long as they didn’t go below the CAAC set base fare.
In September 1997, to enable them to better compete, 6 provincial airlines (Shanghai, Shandong, Sichuan, Shenzhen, China Postal and Wuhan Airlines) formed the XinXing (New Star) Aviation Alliance.  Already there had been some mergers with China General Aviation being taken over by China Eastern in 1997.  This was followed in August 2000 by the takeover of Zhongyuan Airlines by China Southern.

China Xinjiang Airlines Boeing 757-200 B-2852
More importantly the favouritism shown towards the big three couldn’t help but negatively impact the other three main Chinese airlines which also, because of the regional splitting of the original CAAC, didn’t have anywhere near the access to the three major Chinese hub cities: Beijing, Shanghai and Guangzhou.

CNAC Boeing 757 B-2844
In April 2001 CAAC released its plans for further consolidation of the market which would see the creation of three major airline groupings as follows:
In a reflection of the conservatism that remained, despite their massive increase in size and reach, both China Eastern and China Southern would keep their regional sounding names. The creation of three major aviation blocks which together controlled 80% of traffic within China would set the scene for massive expansion of Chinese aviation during the 2000s. However this would not come at the expense of competition. A fourth major airline grouping was in the wings, as well as the first truly private airlines and a wide range of further government joint venture carriers.
Pt3 - Coming Soon