The intention of this page is to describe and show all the liveries worn by Aeroméxico and its predecessor Aeronaves de México from 1959 until the present day. Schemes prior to 1959 are not covered.
1959-1972
1972-1981: Thin Orange Stripe
1981-1988: Broad Orange Stripe
1988-1990: Orange Horizontal Striped Eagle Knight
1990-1998: Blue & Red Horizontal Striped Eagle Knight
1997/98: ​El Espiritu del 88' / 'The Spirit of 88
The Boeing 767-3Y0ER XA-EDE was leased between November 1997 and July 1999 from GPA. She wore a special scheme to celebrate the 10th anniversary of the creation of ​Aerovias de Mexico SA de CV. The scheme was quite simple with the new style (see below) titles and tail but a white fuselage and simple tapering red pinstripe. 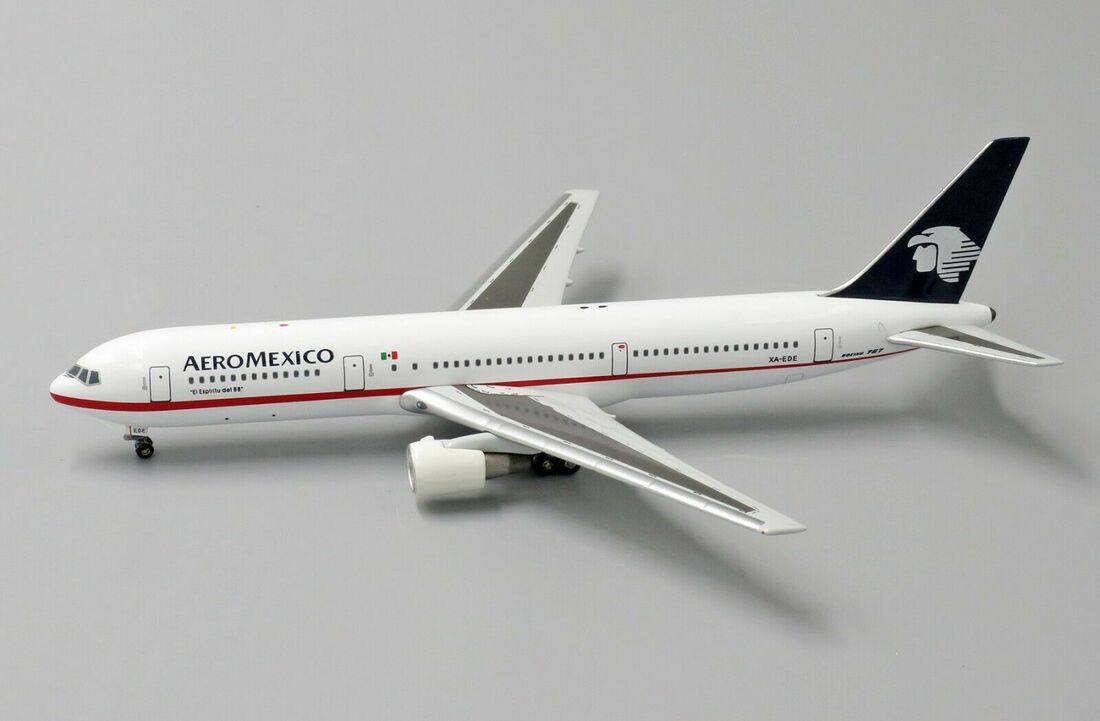 1997-1999: Rounded Eagle-Knight
1999-2006: Lowered Cheatline
The previous livery only lasted a few years and was replaced with another alteration. the tail and titles remained the same but the cheatlines were lowered, merged and now tapered towards the rear. This scheme would see the airline through the mid-2000s and only be replaced when new 787s on order could not be made to look natural metal due to all the composites. This scheme was worn the new NG 737-700/800s and 777s as well as 757s, 767-200/300s and MD-80s.
2006-Present: Red Wavy Line on White Base

The current Aeromexico scheme is simple but tasteful and reverts back to an all white fuselage due to composites used in modern aircraft. The Eagle Knight and titles remain unchanged but the lowered cheatline is lost and replaced by a red wave. The tail and rear fuselage gain a red top and lighter blue stripe as well.

2016: Quetzalcoatl
The scheme was unveiled on the first Boeing 787-9, XA-ADL, in September 2016 and named Quetzalcoatl (Feathered Serpent), after the god of wind and wisdom prevalent throughout the series of Mesoamerican cultures that inhabited the region that now makes up modern Mexico. The winning design was a result of a 2014 “Design is in the Air” competition run by Aeroméxico, via social media and several universities. Out of 1,000 submitted designs, 400 met the rules and the chosen winner was designed by the graphic designer Jose Manuel Escudero from Veracruz.

As stated by the Aeroméxico CEO Andres Conesa:

“At Aeroméxico, we are very excited about the buzz the Quetzalcoatl design has generated. As Mexico’s flagship carrier, this aircraft will become an icon of our fleet and a reflection of what Mexico is today, with culture and tradition represented in what we consider to be one of the most sophisticated creations of modern aviation engineering.”