Each different airline made by Schabak was given a number in order of production. Combining this number with the aircraft number assigned by Schabak gives the production combination for a model. For example 901/14 is a British Airways Boeing 747-100/200 as 901 is the number for the 747 and 14 is British Airways number.

​In theory this should provide a unique combination but of course in reality it does not for two reasons:
Nonetheless, the airline numbers of provide an insight into the general path of Schabaks model development through the years. For example, it is little surprise given Schabak's German base that airline 1 is Lufthansa and 2 is Condor. Some airline numbers were duplicated by Schabak later on to replace airlines that were no longer being produced. These 'out of sequence' airlines are listed separately. Schabak made various one-off fantasy models, often for businesses, and these did not acquire airline numbers of their own.
Some airlines were intended to be produced by Schabak but were never made, presumably due to the cancellation of the contract (for example Buzz), legal issues or due to the bankruptcy of Schabak in 2005 (Virgin Blue). They were however included in Schabak advertising as airlines to be produced and were given Schabak numbers. Additionally some airlines never had models produced in the 1:600 scale for Schabak and only gained models at the larger 1:500 or 1:250 scale.
Below is a complete list of the over 230 airlines Schabak made between 1982 and 2005:
IN SEQUENCE AIRLINES 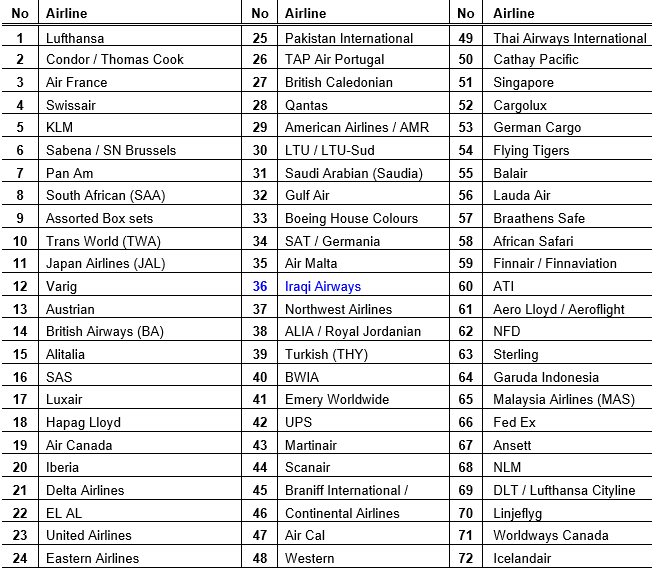 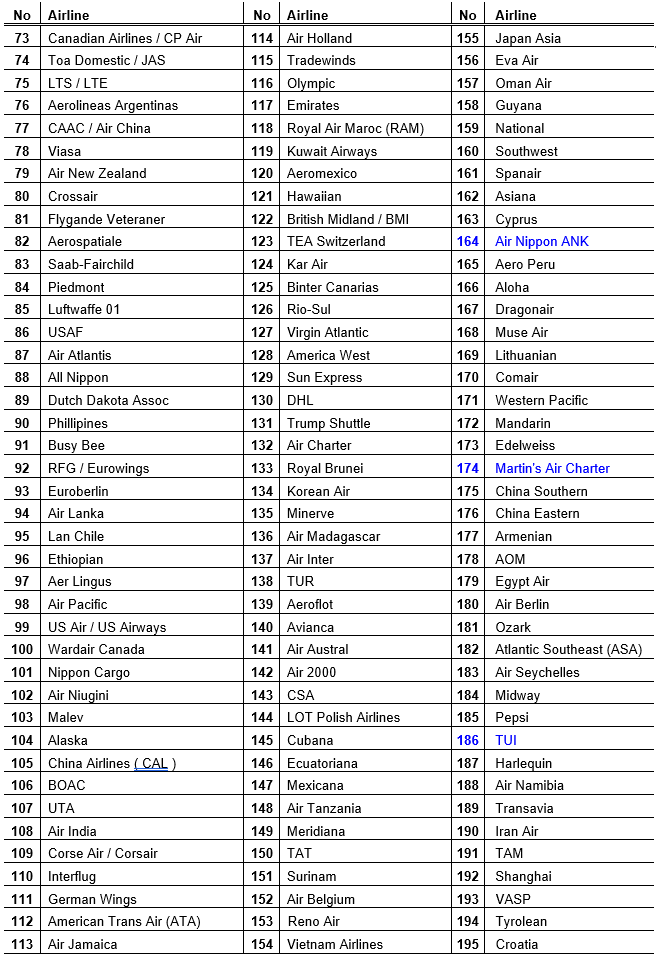 OUT OF SEQUENCE AIRLINES 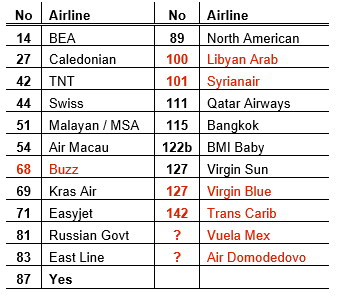