The 747SP is one of those aircraft types that although it has had a decent representation in 400 scale, with 41 models against only 45 aircraft built, most of the models were made a long time ago. Only 12 models have been made in the last decade and only five are new enough to be fitted with aerials. A good number of the releases date from the earliest years of 400 scale and use the 'classic' style Gemini mould with the rear seam. NG Models has been good at picking under-served older types for new moulds and after the 757-200 and various Tristar variants they have attacked the short Jumbo. 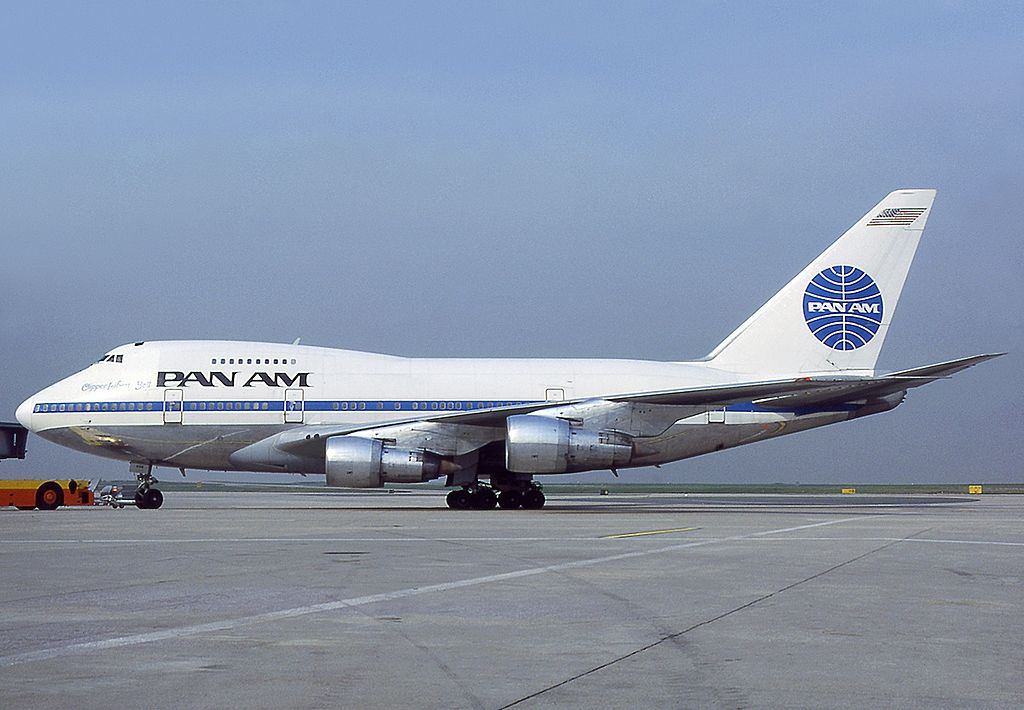 Michel Gilliand [GFDL 1.2 (http://www.gnu.org/licenses/old-licenses/fdl-1.2.html) or GFDL 1.2 (http://www.gnu.org/licenses/old-licenses/fdl-1.2.html)]
Development of this mould has been ongoing for some time now and it has already been through a couple of variations meaning that the pair of mould samples I have recently received from NG Models are close to, if not, the production versions. In this review I'll take a close look at the two samples. Given that both the Herpa and Gemini moulds have issues, plus the former is never used and the latter no longer really fits Gemini release criteria, it seems NG Models has chosen well for a type with little or no competition. 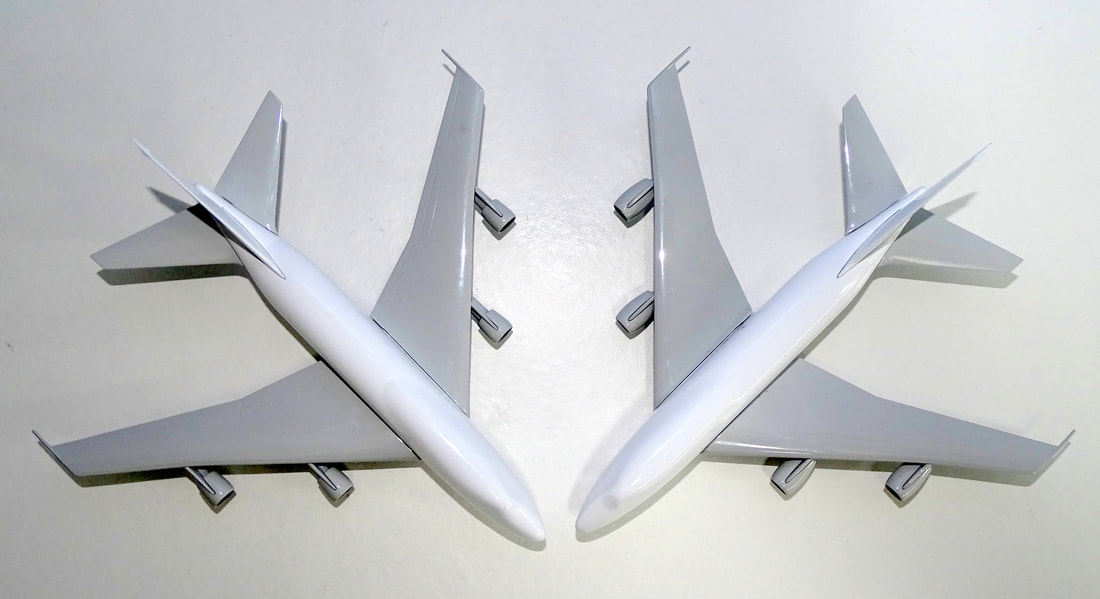 NG have also signalled that these will not be the last new 747 moulds we will see from them. Since the SP shares basically the same wing as the longer 747 variants (aside from modified flaps) the creation of this element and the landing gear can presumably be shared between different versions. Obviously the highly modified shorter fuselage and taller vertical stabiliser are unique to the SP.

SPs were delivered with two engine options: either the Pratt & Whitney JT9D-7 or the Rolls Royce RB211-524. Almost all the 45 aircraft used the Pratts with only 2 Qantas, 3 Saudia and the last aircraft, built in 1987 for the Abu Dhabi Amiri Flight, using the Rollers. Obviously other standard length 747s did use Rolls Royce engines and so once again NG has made both engine variants for the SP and will be able to reuse them on other 747s it may produce in the future.
The Pratt JT9D-7 Powered Boeing 747SP
Below are two shots of the Pratt powered SP. They show the short fuselage and tall tail well and will provide the basis for comparison with the NG sample using this engine version.

The images rather speak for themselves. The new mould looks very good in comparison to the real thing. The cockpit region is very well sculpted and, although hard to see in photographs, the area the side windows will fit to is touched in and flattened slightly. The nose shape is nicely curved and the undercarriage legs are the correct length. The latter has been an issue on both older Gemini and the Herpa releases. The sample model does illustrate the same phenomenon with wheelhubs that some Tristars do though in that some of the hubs have nice detailing and some do not.

In previous photos of sample versions there was concern about the angle of the cockpit and sharpness of the nose. The nose angle and sharpness are not issues in my opinion. When I hold the models up to photos of the real thing the curve matches.

The angle of the cockpit region is not a 100% match as it is slightly too steep and the curve above the cockpit to the roof slightly too angular, but in fairness the difference is minimal and doesn't impact the overall look of the mould. I think when the cockpit is printed on it will not be noticeable.

As you can see below the engines have plenty of ground clearance and modifications to the engine pylons mean both sets of engines are hanging below the wing well. The outer engine pylons curve correctly while the inner pair are straighter.
At the rear the tailcone moulds in the APU exhaust and the vertical stabiliser is very nicely detailed with not only a semi-independent rudder but also the pair of bulges near its top. 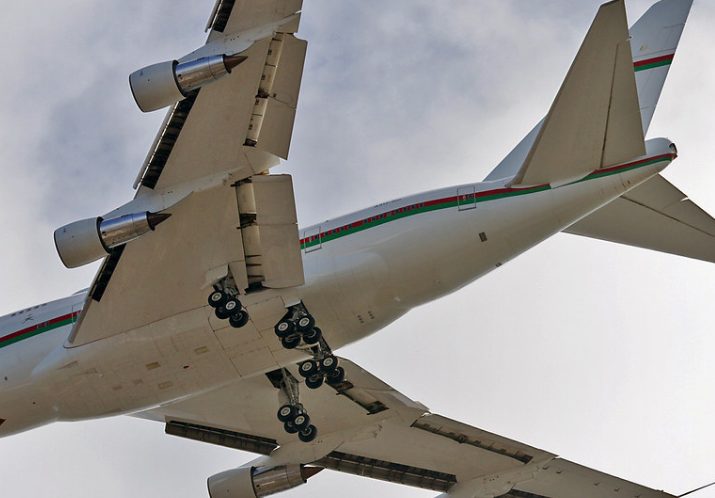 On the underside the general shape, maingear doors and wing undersides are very nice, especially the shape of the rear wing fairing and the unusually shaped flap track fairings. What is missing are the indented triangular intakes (presumably these will be printed on). Also the maingear trucks are static and do not move as they do in the Gemini and Big Bird 747s. 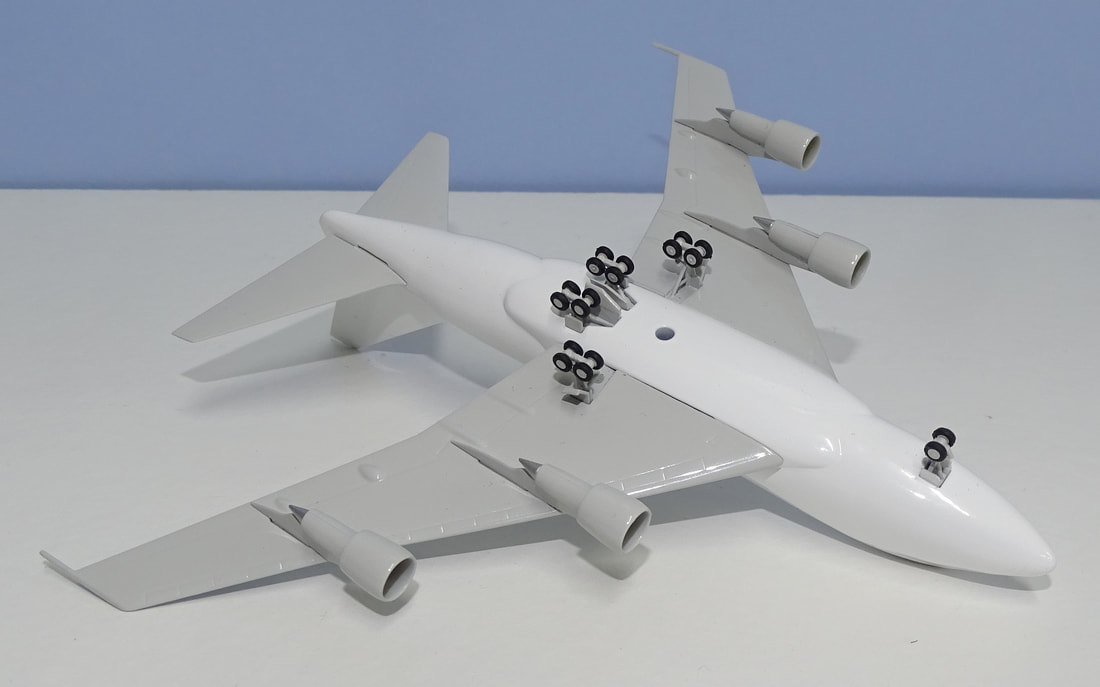 One thing that is a major challenge for 400 scale 747s are the wingtip aerials and it is clear that on the NG mould they are quite a lot thicker than on the real aircraft. Their shape is overall rounder and they do not taper to a point. This is a little inaccurate but at least makes them sturdy and harder to break. It is in my opinion a worthwhile trade-off considering how many 747s I own with broken wingtip aerials.
Compared to the recent Aeroclassics 747-100/200s you can see that the aerials are similar but slightly sleaker and more sculpted at their tip.

The Rolls RB211-524 Powered Boeing 747SP
The RB211's are a substantially larger engine and necessitate a different set of pylons to hang them from.

The engine shape itself is good with the correctly squared off join of the engine exhaust with the pylon.

Overall I haven't got any real concerns with the changes in this version of the mould.
Comparison to Other Moulds

NG Models Mould
The updated Gemini mould below has the traditional old wing / pylon join, fuselage seam and a rather flat rear hump.

Gemini Jets Mould
Comparing the new mould to the older pair and the NG Models version comes out on top. I think it has a superior shape to both its predecessors across the board.
Summary
I am very happy with these two mould samples. My only concerns relate to:
​

None of these things has a major impact on the overall quality of the mould itself, which has a lot of lovely detailing, especially in the undercarriage, vertical stabiliser and engine pylons. I look forward to seeing a version of the mould with printing on and will certainly be considering replacing most of the SPs I own with NG examples.