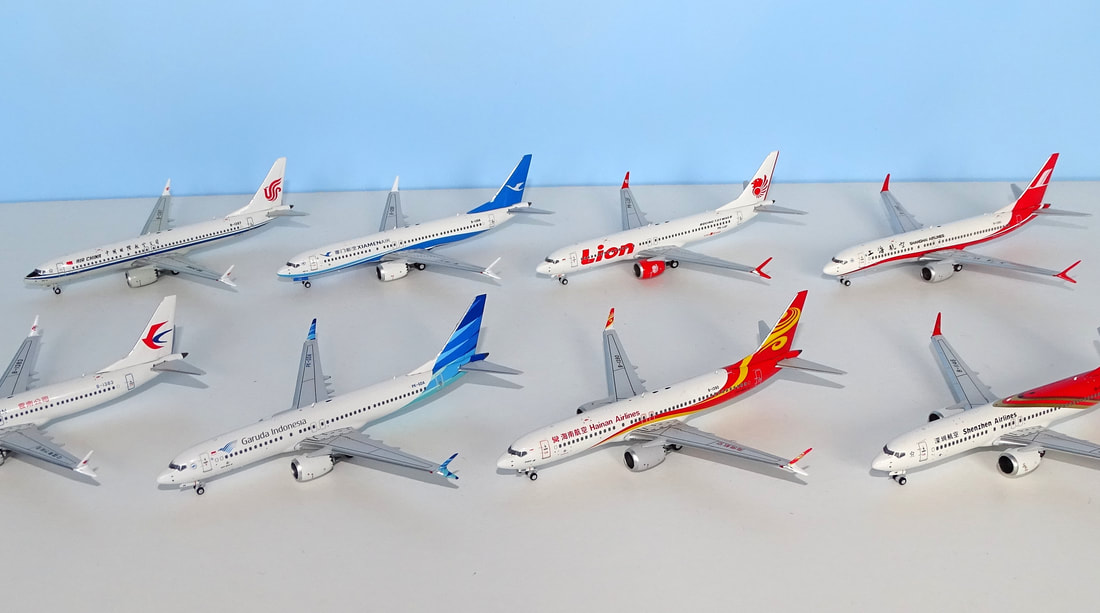 The 737 MAX is a type that has proven controversial to say the least. From a no-brainer slam-dunk it turned into a PR nightmare and its failings have led to massive criticism of Boeing across the board, not just from a safety and regulatory aspect but also from a competitive angle. Nonetheless, despite the problems (comparable to those of other maligned aircraft like the Comet and DC-10) the order book remains strong (with over 4,000 to be delivered) even if this is probably as much a reflection of airlines unwillingness to see Boeing leave the commercial space and an inability to get production slots for Airbus A320NEOs. Undoubtedly the impact of the COVID pandemic did Boeing a favour in terms of covering a good chunk of the period when the MAX was grounded and now it is re-certified and since December 2020 back in action. I suspect that the furore around the type will gradually be forgotten however whether it can really compete effectively for the long-term against the Airbus NEOs remains to be seen. 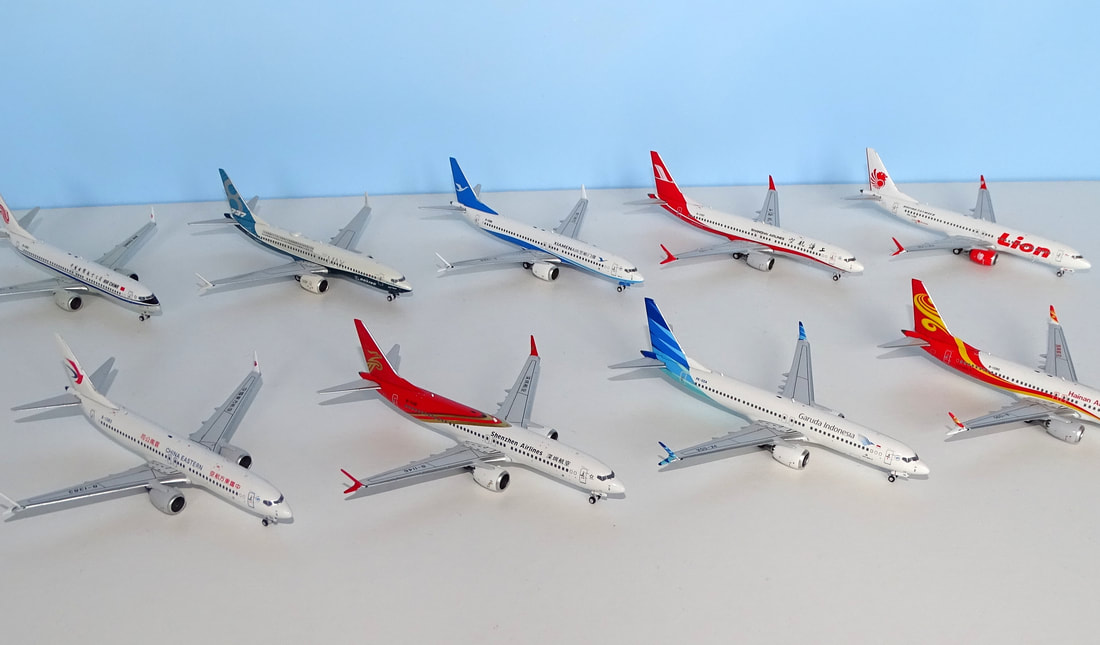 Gemini Jets & JC Wings 737 MAX-8s
It is not surprising that the MAX has received quite a bit of attention from the major 400 scale manufacturers with all the biggest brands in 400 scale now having a mould to use, although the NG Models version is so new no releases have been announced yet.

​It is perhaps a little surprising that it is Aeroclassics that have made the most use of their moulds but then again you can always rely on Aeroclassics for diversity and coverage, whereas the other brands tend to be a lot more conservative about their release choices.

Looking at the MAX the differences between the NG 737s are subtle but obvious. They are: 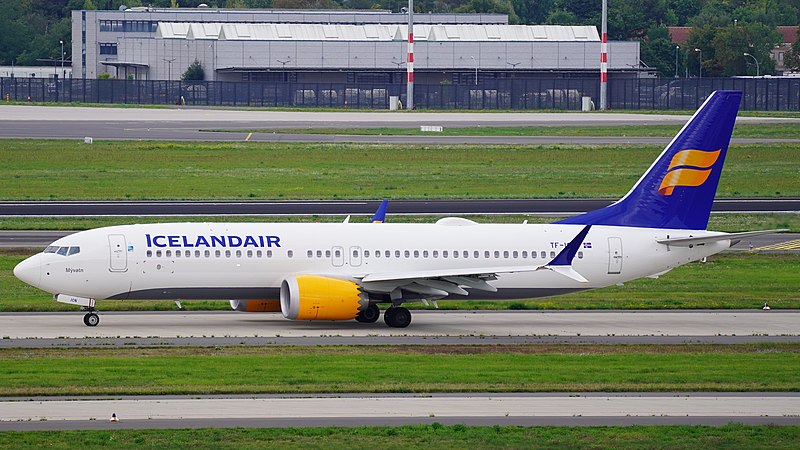 The 737 MAX-8 was one of the last moulds produced by the original Panda Models prior to them suffering whatever setback happened in 2018. The mould was initially announced as their Chinese New Year model but then quickly received some house colours examples, before settling into a familiar stream of mostly Indonesian and Chinese releases.
Overall this is an excellent casting. There is barely a foot put wrong with it aside from perhaps the slight gap forward of the nosegear door. Given how good it is it is a real shame that Panda Models appear to have lost the use of it. The last production example was made in 2019. Will it ever be seen again - I'm not sure?
JC Wings (2017)
JC Wings produced their own 737 MAX-8 in 2017 and followed it up with a MAX-9 the next year. Both have been used by JC and their friends at Gemini Jets. The releases from JC Wings started in a similar manner to those of Panda (i.e. house colours and Chinese airlines) but have diversified recently with more unusual entries like Belavia and Malta Air. Gemini have produced much as you'd expect (US and Canadian majors, Air China, China Southern) but have also added some more unusual airlines such as Cayman Airways and FlyDubai. 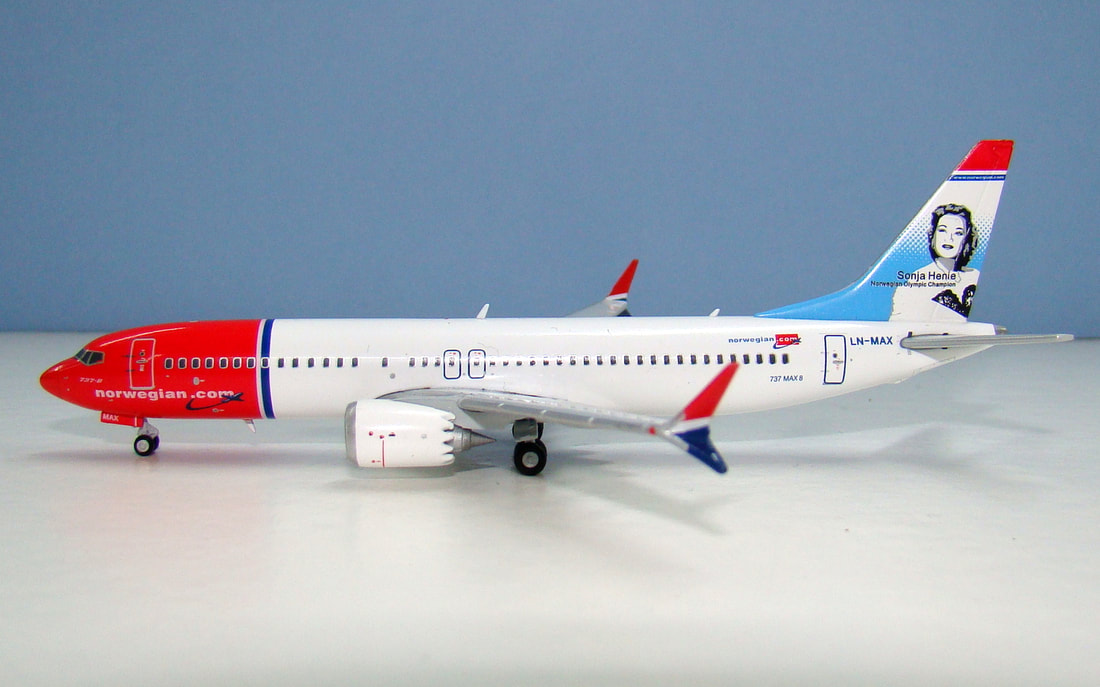 If there is a competitor to the Panda Models mould then this is the one. It actually bares a striking resemblance, which I take to mean both are accurate. It is certainly the best of the remaining extant moulds (prior to the NG version anyway) and I have reviewed it a few times in detail:
Max Fantasy: Norwegian Boeing 737-MAX 8 LN-MAX by Gemini Jets
MAX Recovery: Hainan Airlines Boeing 737 MAX-8 B-1390 by JC Wings
Guomei: Shandong Airlines Boeing 737-8 MAX B-1275 by JC Wings
Aeroclassics (2018) 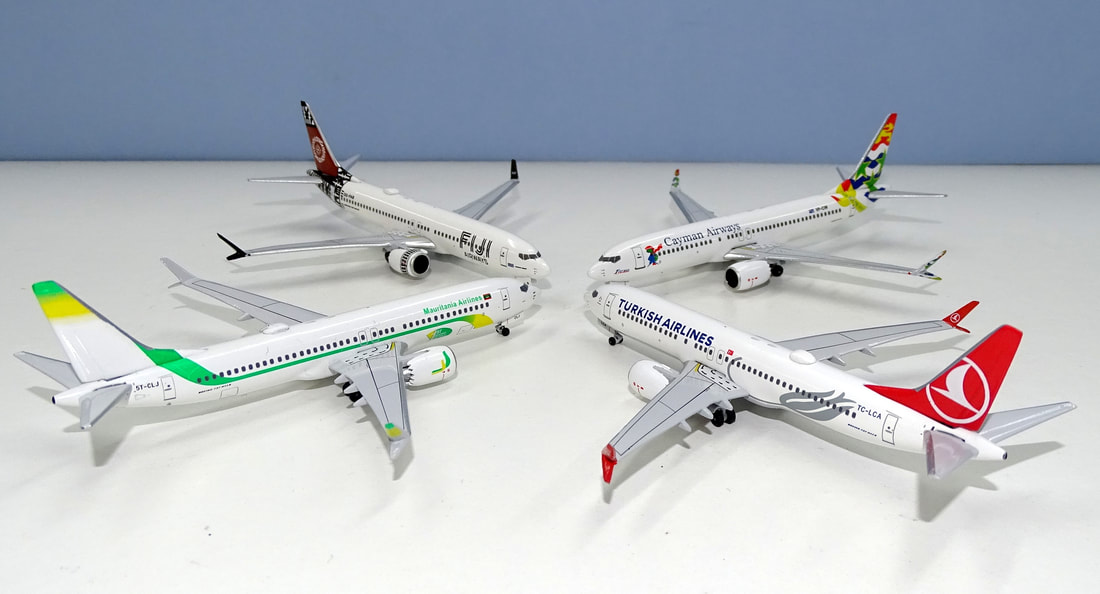 Aeroclassics does venture into more modern types sometimes and their form with the A320 and A330 families is excellent. Unfortunately the most recent Aeroclassics moulds have not been as good as those that came before and the MAX mould is one of those recent ones. The positive aspect is that Aeroclassics produce an unparallelled diversity of releases and so have made a really impressive diversity and number of models. 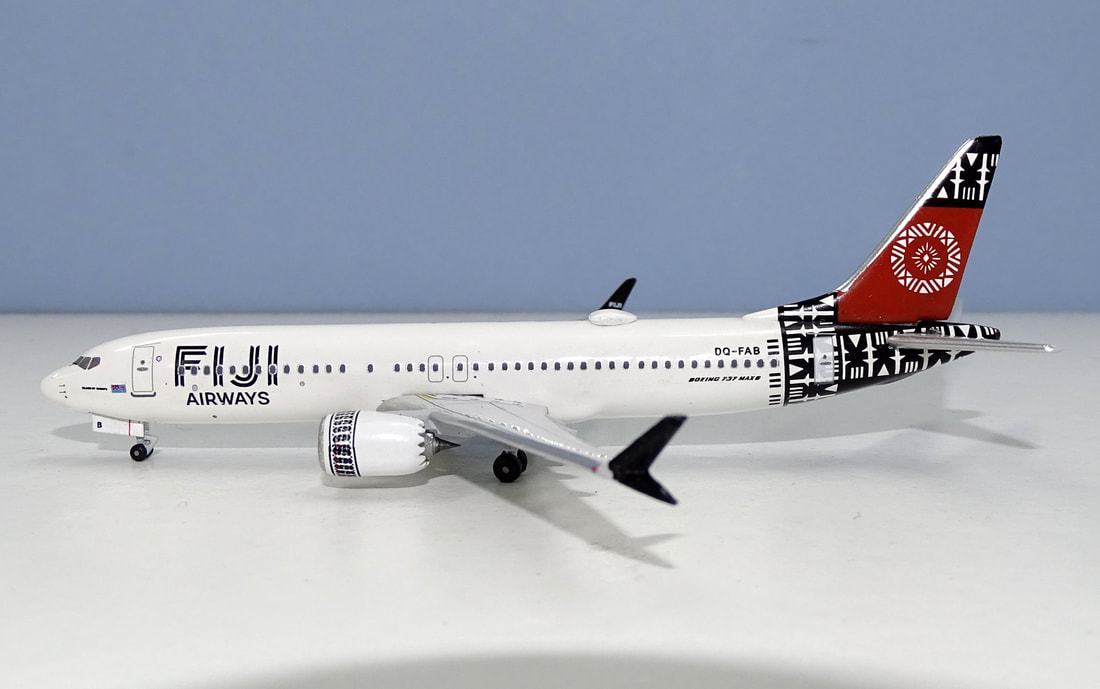 The mould certainly isn't as good as the Panda or JC Wings versions but on its own it can still look ok. Unfortunately Aeroclassics old style construction, with no aerials and no proper tyre hubs, doesn't help the overall look of the model and neither do the huge nosegear doors. Some early versions also had wing bend problems, but these seem to have been resolved now. I have reviewed the mould several times in detail:
Bula: Fiji Airways Boeing 737 MAX-8 DQ-FAB by Aeroclassics
African MAX: Mauritania Airlines Boeing 737 MAX-8 5T-CLJ by Aeroclassics
Below: ​JC Wings on the left and Aeroclassics on the right. Note the undercarriage, aerials, engine rims and printing around things like doors

Phoenix (2018)
Phoenix produced their MAX in the same year as everyone else but haven't used it anywhere near as much and what they have produced is fairly classic Phoenix material. There have been quite a few Chinese airlines, Singapore, Lion Air, TUI and Air Canada plus more unusually a pair each of Icelandair and LOT. 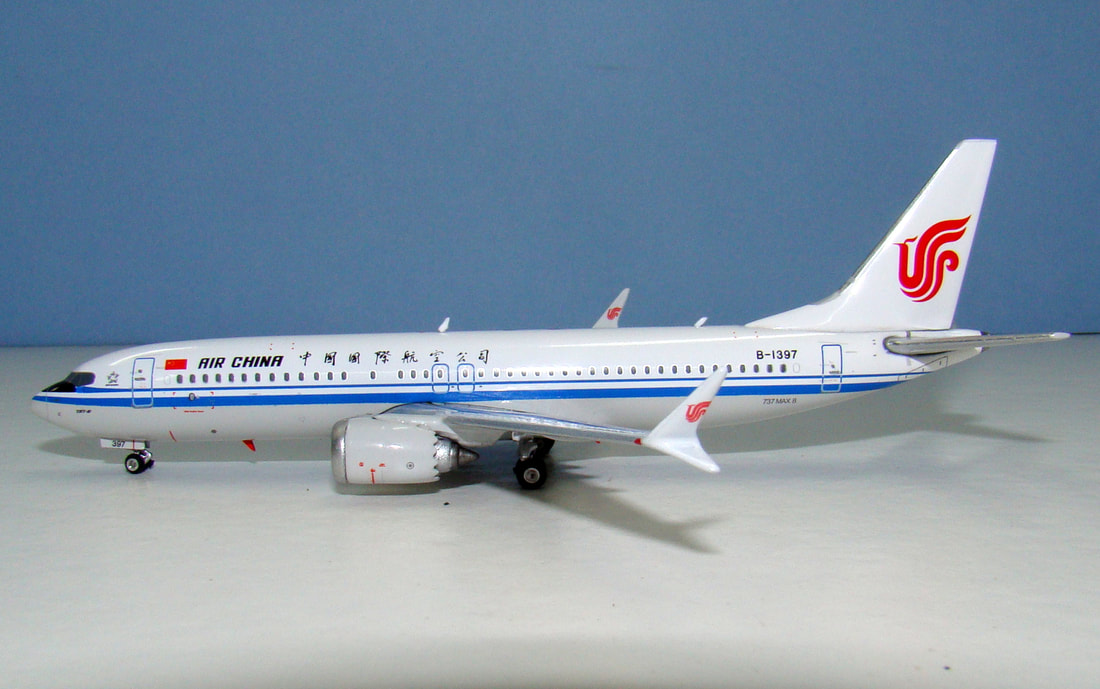 Phoenix don't make many new moulds anymore and their 737s are generally obsolete and mediocre, not helped by some atrocious cockpit printing and nosegear fitting. This mould is better than their 737NG but only barely. The cockpit and nose region are nicer but the mould fails to capture the main two new recognition features of the MAX. Phoenix have had issues fitting nosegear for ages and their MAX simply doesn't have the necessary gearleg length. The tailcone is also not long enough and too rounded. Overall it is another disappointing mould from Phoenix.
NG Models (2022)