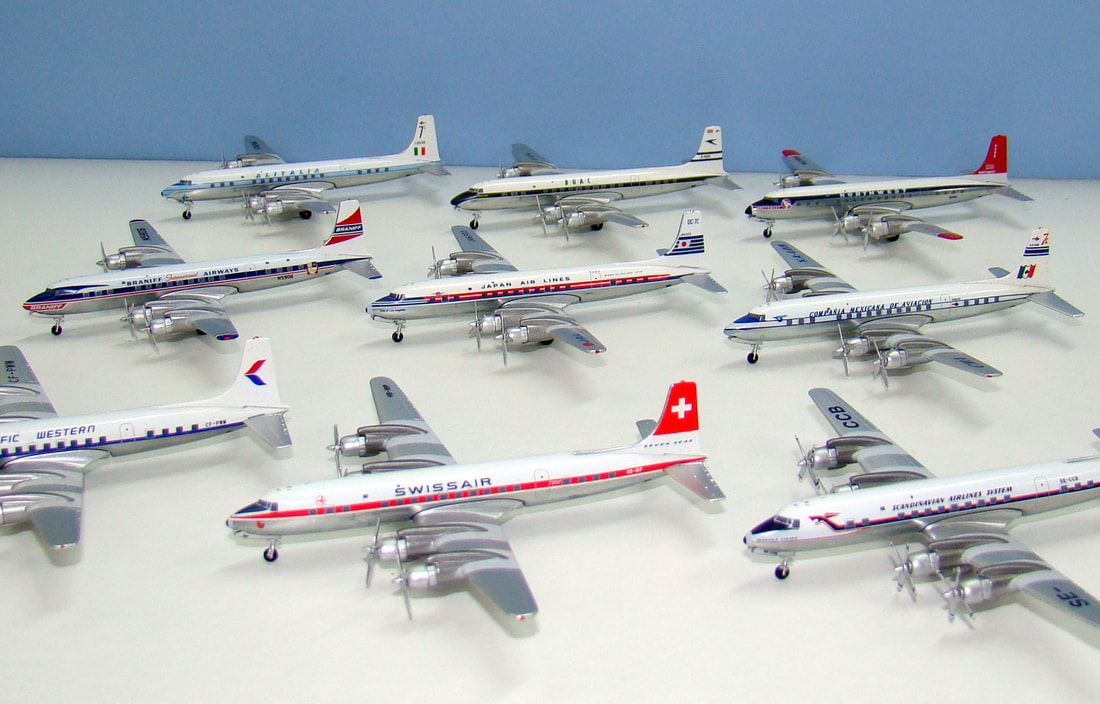 Flying long-haul during the 1950s was a prestigious activity and competition between the major airlines, in what was a heavily regulated environment, was mainly down to two things - quality of service and speed. To that end the airframe manufacturers spend their times trying to outwit each other in an arms race to create the fastest aircraft possible with the longest range. The two most successful manufacturers at the time were Lockheed and Douglas and their Constellation and DC-6/7 families took piston liners to the edge of the envelope.

Both Lockheed and Douglas focused on trying to coax out the maximum performance from the unreliable and dirty, but tried and tested, piston engines of the day. British manufacturers focused on the turboprop and pure jet whilst Boeing's Stratocruiser focused on luxury before they switched to the pure jets too. The ultimate expression of Douglases line of piston props was the DC-7C - the first aircraft to reliably be able to perform transatlantic crossing non-stop. Wingroot extensions increased the wingspan over the DC-7B plus fuselage extensions increased the length to 2 metres greater than the DC-6. Lockheed's competing Starliner was delayed and couldn't match the DC-7C anyway but both types sales were limited by the impending arrival of pure jets.

Photo by Peter Ehrbar from Wikipedia

With it all hanging out. Photo by Ralf Manteufel from Wikipedia
Aeroclassics 2009 Mould

As with its smaller brother as of October 2017 in 1:400 scale only one manufacturer has created a DC-7C mould and again that is Aeroclassics. Given the massive differences between the Seven Seas and the standard DC-7 the mould is all new but it shares the same look and feel as the other Aeroclassics Douglas prop modern moulds.

This mould has been used 25 times, most recently in September 2017 with a SudFlug example. Once again Aeroclassics has done a superb job on this mould and it is hard to see how it can be improved. My only complaint is that I have had two of my DC-7Cs break their nosegear strut, which is a major pain to fix. Otherwise it looks and feels like you have time travelled back to 1958!