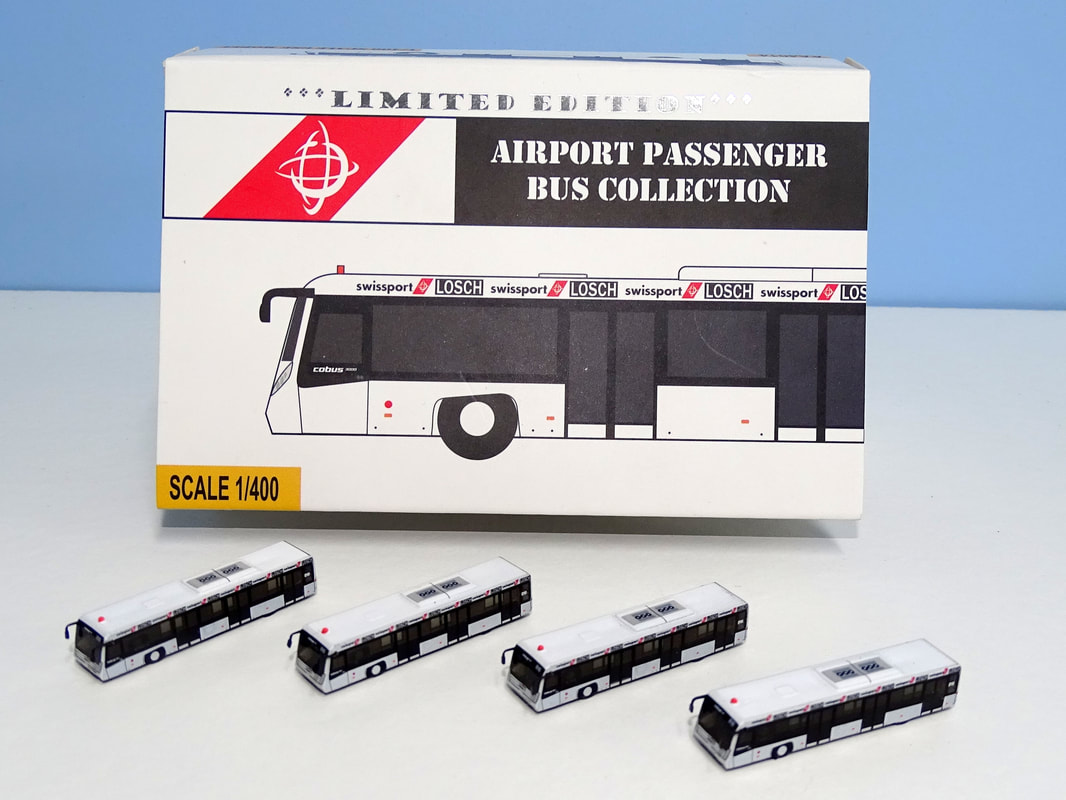 COBUS INDUSTRIES 3000 - 400 SCALE
FantasyWings first venture into GSE was the production of a highly realistic COBUS 3000 airport bus. COBUS are a large manufacturer of airport buses based in Wiesbaden, Germany who supply buses to airports globally. The COBUS 3000 is their flagship model:

N509FZ, CC BY-SA 4.0
FantasyWings are not the first brand to produce a COBUS 3000 bus and previously both Panda Models and JC Wings / Gemini Jets have also made the type in 400 scale. For my previous post on airport buses in 400 scale see:
GSE Review: Modern Buses
Both the previous efforts are nice but neither has the same level of accuracy as the FantasyWings version, which has previously unseen levels of detailing.

Standout features of the FantasyWings COBUS are the added on driver mirrors and the red light atop the forward roof. No other 400 scale bus has this detailing. The roof mounted air conditioning unit is also a superior shape compared to that on the JC Wings version.

The buses have transparent windows but no internal seating. The level of printing on the outside of the buses is commendable.

The buses certainly scale well and look the part on any modern airport diorama.
400 Scale Production To Date 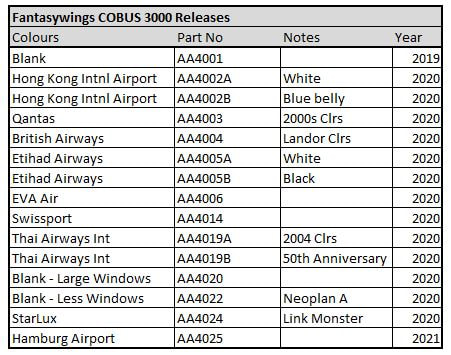