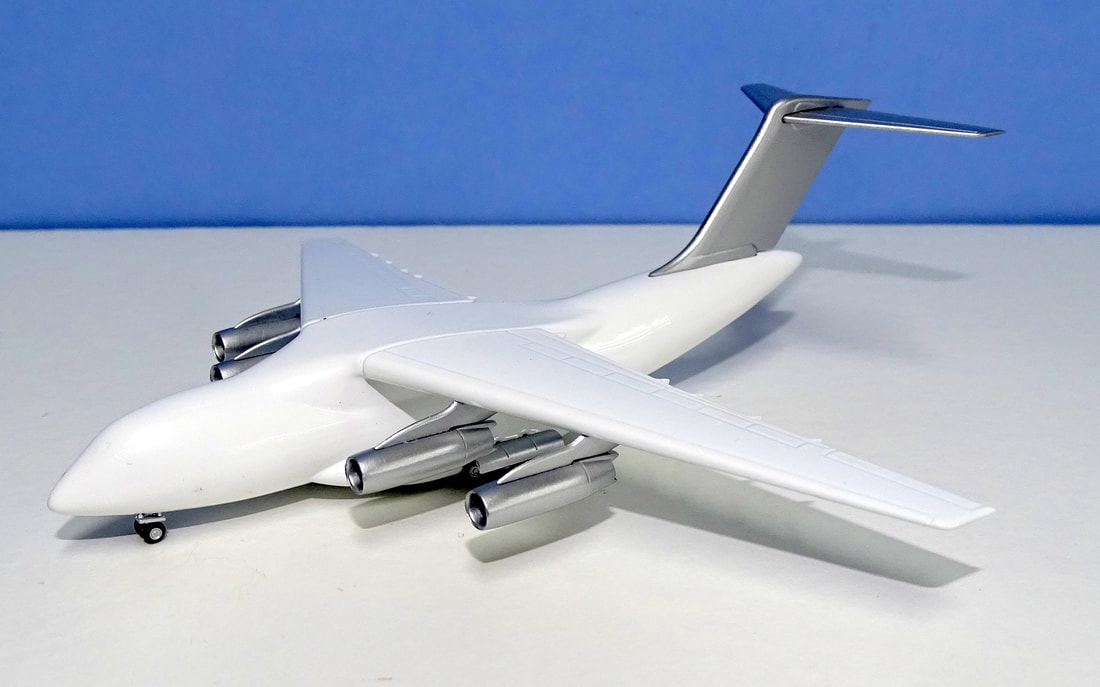 It says something for the power of the Chinese market, and how focused the manufacturers in 1:400 scale are on it nowadays, that whilst it is difficult to get a mould for a type like the McDonnell Douglas MD-80 niche aircraft of Chinese origin can get multiple moulds. So it is that there are moulds for the Comac ARJ21, 2 for the Comac C919 and now an improved mould for the new Xi'an Y-20 as well. It makes sense especially since all the models are currently made in China too. 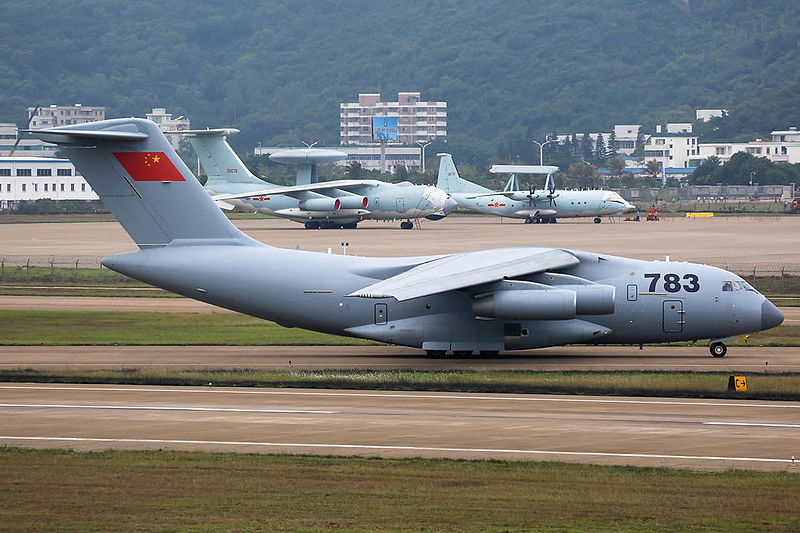 wc / CC BY-SA (https://creativecommons.org/licenses/by-sa/4.0)
This increasing maturity of the Chinese led scale model makers can also be seen in the aircraft themselves being made in China. Alright both the ARJ21 and C919 are unlikely to compete against Western types but the Y-20 appears to be a serious competitor, not that the Chinese probably care. After all, it is designed to enable the increasingly robust actions of the Chinese state and significantly increase the capabilities of the PLAAF.

Alert5 / CC BY-SA (https://creativecommons.org/licenses/by-sa/4.0)
The aircraft is officially named the Kunpeng, after a mythical bird that could fly for many hours, but due to its shape has gained the popular nickname of 'Chubby Girl'. The aircraft shares a general configuration with the US C-17, having a large aft bay door and loading ramp, shoulder mounted wings, T-tail and similar style main-landing gear. In comparison with the C-17 it is substantially smaller but can carry a payload nearly twice that of the European Airbus A400M and more than three times that of the Lockheed C-130J Hercules. 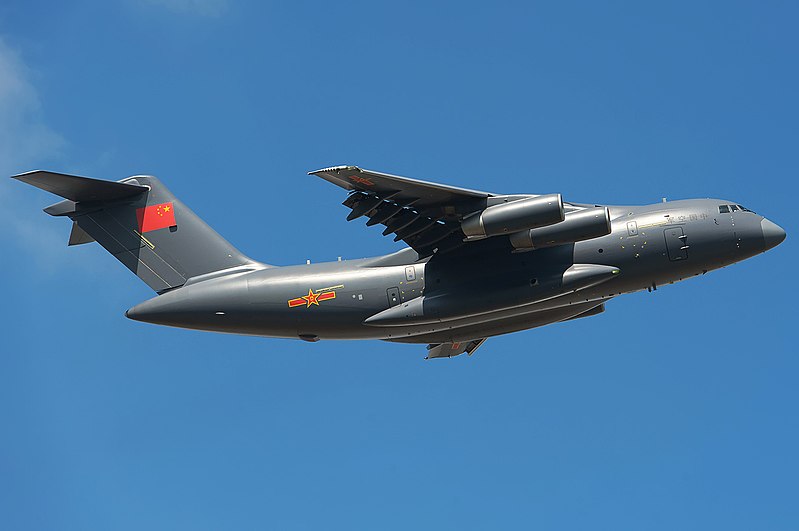 L.G.Liao / CC BY-SA 3.0 GFDL
The Y-20 programme was launched in 2006, with a first flight on January 26, 2013. The first production aircraft joined the PLAAF on July 6, 2016. As of 2020 it is unclear how many units are actually in service. At least 20 have been seen at the Yanliang Air Base where the type is manufactured but it seems, as with most Chinese aircraft programmes, the reality is far from the 400-1000 that have been requested. Even so the Y-20 is a powerful indicator of China's increasing ability to project power and its intentions to do so in the coming decades. 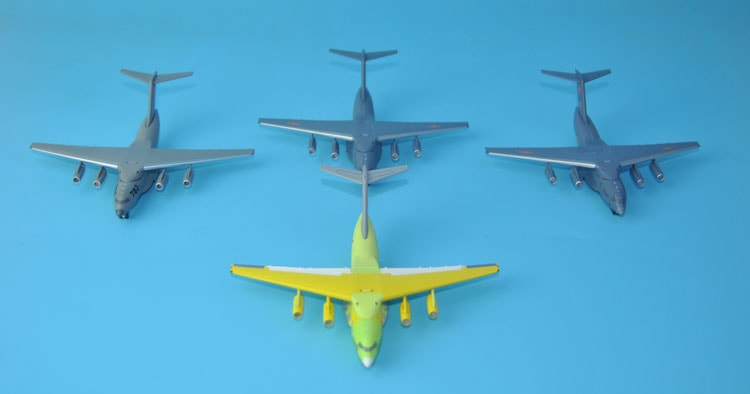 As with the ARJ21 and C919 the first appearance of the Y-20 mould was via the brand Panda Models. As I understand it they did not themselves build any of these moulds but were granted the right to use them. The mould was used by Panda Models four times in 2016: once for a pre-production unit, once for an example in yellow primer and twice for early PLAAF aircraft.
In 2017 the mould was updated with aerials and dome and a single model was released. According to Panda Models themselves 500 units of each model were built for someone else (presumably the mould owner) using their name but sales were not good. The mould itself is broadly satisfactory but has one major failing - it is a reverse cradle mount with the wings placed on top of the fuselage mould. This creates a substantial seam line. Below are images of the first 4 Panda releases:

Below are images of the sole 2017 release with aerials:
NG Models (2019)
​Panda never used the mould again and the fact they also lost access to the ARJ21 and C919 suggests that more was at stake than just poor sales. Anyway at the end of July 2019 the same Panda released Y-20 models reappeared but with NG Models stickers on them. This is when Panda mentioned the background of poor sales - see here. As with the ARJ21 and C919 it seems access to the mould was shifted to NG and excess stock of the Y-20s was re-labelled. 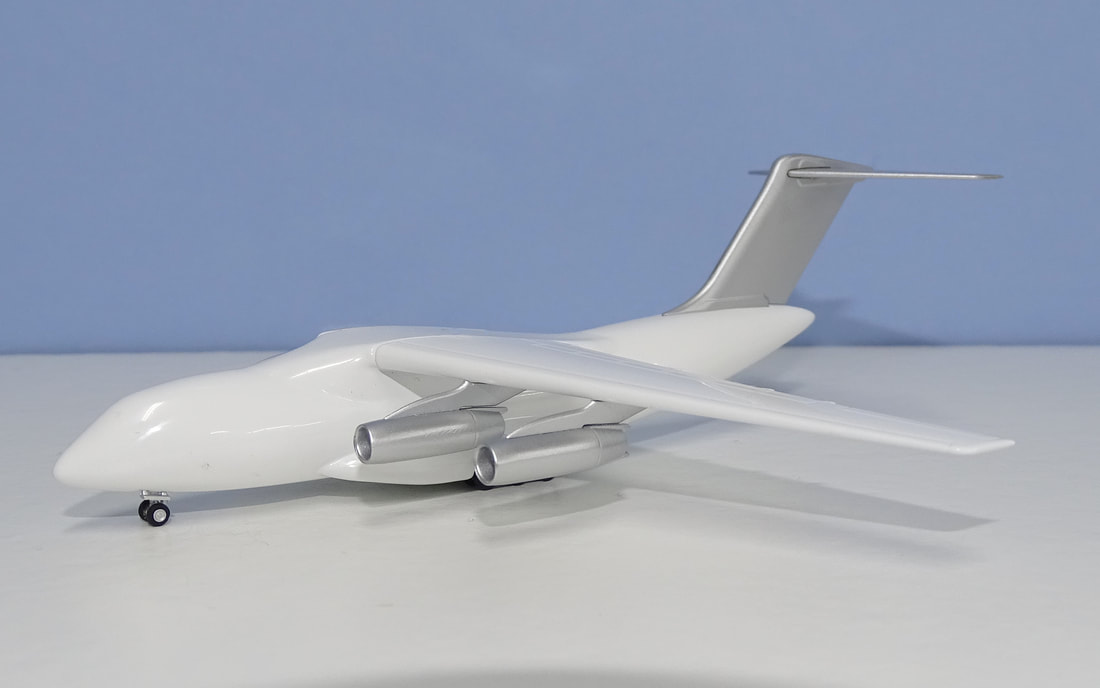 NG Models 2020 Xi-an Y-20 Kunpeng Mould
Never ones to do things by half's when NG Models gained access to the Y-20 mould they went about recreating it removing the ugly wing seam to create a seamless mould. News of this first came to light on WeChat in early 2020 and NG Models have seen fit to send me a sample of the updated mould. 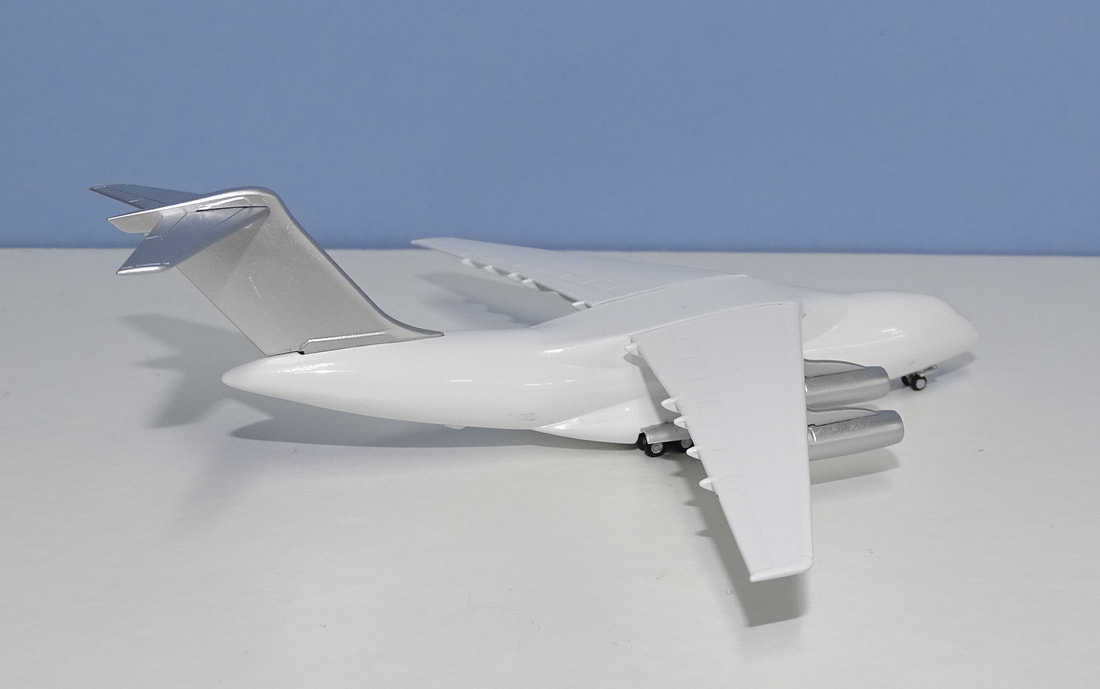 When you are used to reviewing modern twinjets the high wing, T-tail and unusual shape of the Y-20 is something of a revelation. Holding the new mould up against photos of the real thing shows that the fuselage and control surfaces fit almost perfectly the actual aircraft's shape and proportions. The blunt porpoise like nose is very nice and this exacting accuracy is seen throughout the rest of the fuselage from the large, canoe-like, maingear fairings to the shape of the complex tail.
The removal of the wing seam is a major improvement to the mould overall but it isn't the only change. The new mould also has much better undercarriage with proper rolling gear with wheelhubs.

Any concerns that I might have had about fitting the large, heavy, downward leaning wings as slot in units is misplaced. The wings are firmly fitted at the correct angle to the fuselage itself. 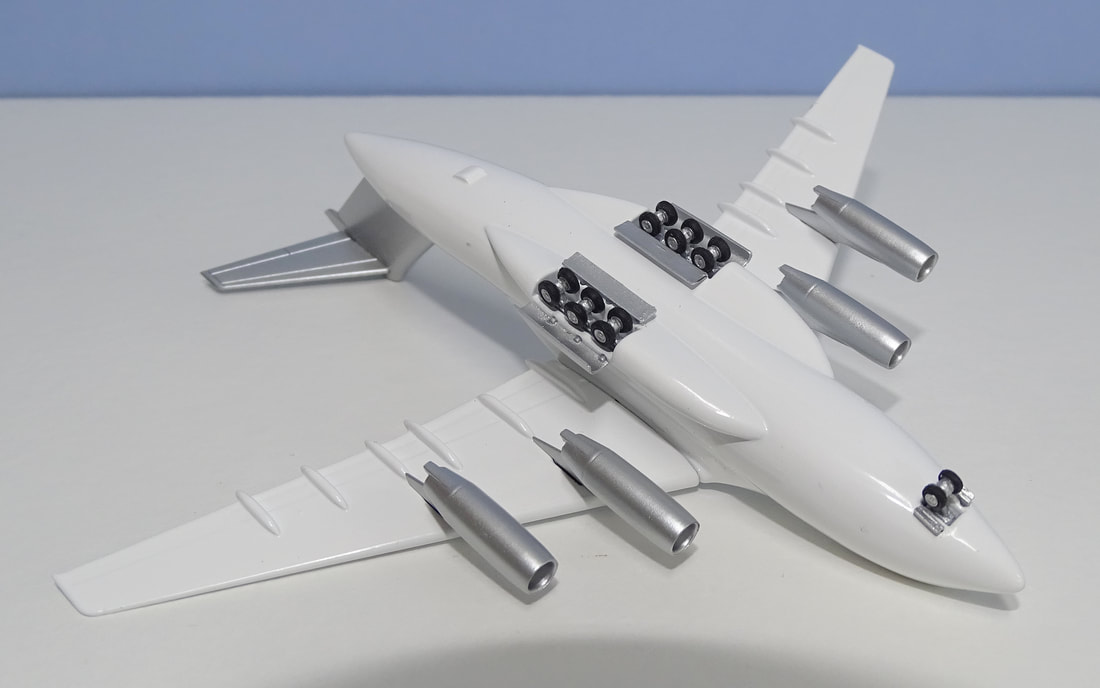 The only criticism I have of the mould is a very minor one, in that both the nose and maingear undercarriage doors are not quite low enough and close enough to the tyres. Note this sample is not fitted with aerials but I am certain the production models will be.

The Y-20 certainly makes an interesting comparison to the Ilyushin Il-76 and shows how much wider the fuselage is. It also shows the one weakness of the Y-20 - its Russian engines, which bear an uncanny resemblance to those of the IL-76.
I'm not sure if I'll ever buy a Y-20 myself, but then again I don't collect military models. In reality this mould is surely aimed largely at the domestic market and not overseas buyers. Nonetheless, it is yet another impressively realised mould from NG Models. Their ability to produce new moulds of this kind of quality is currently unrivalled in 1:400 scale.