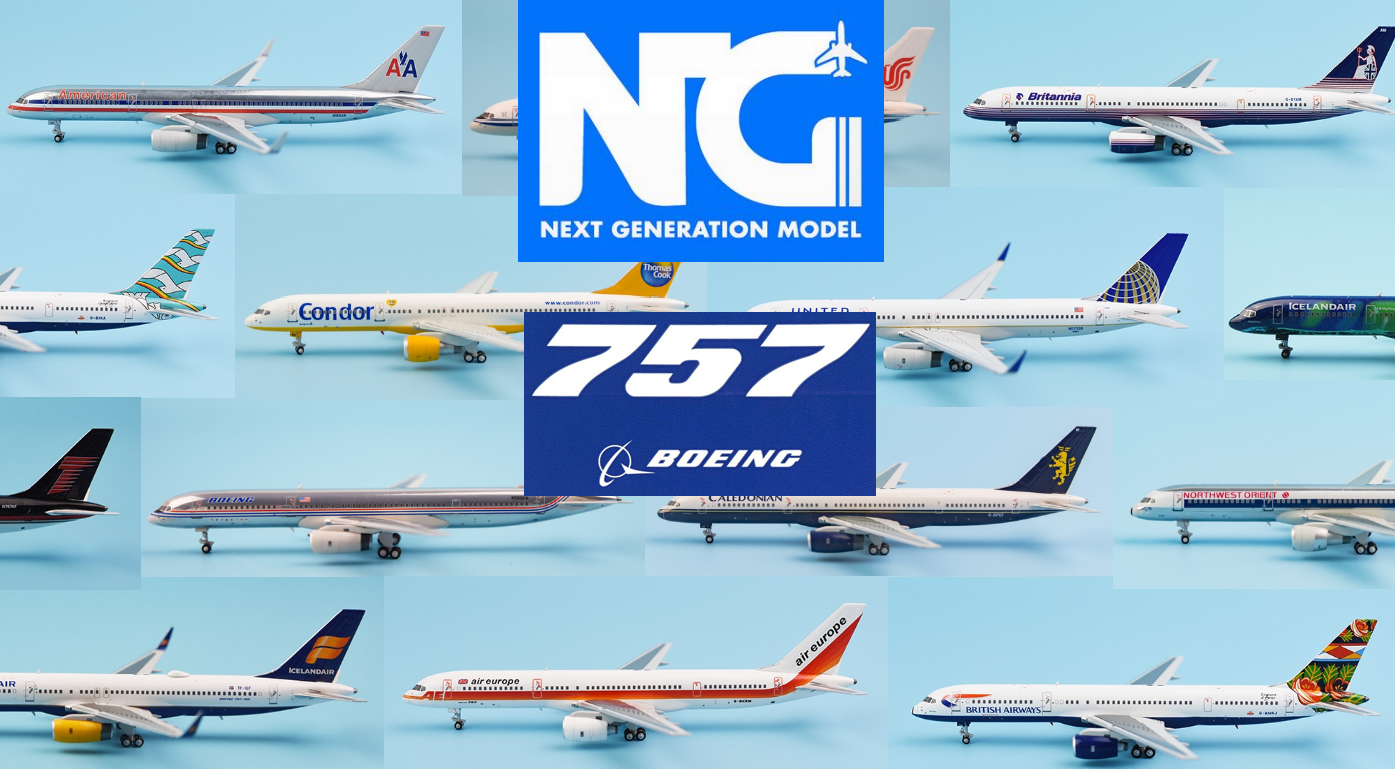 The NG Models Boeing 757 is one of my favourite, and one of the best, moulds produced in 400 scale. It has been used heavily since it's entry into the market with 190 models made up until September 2021. I have collected 79 of the releases to date, mainly covering the pre-2010 liveries, and whilst I was doing some analysis of the production so far I thought I'd take some group photos of the fleet illustrating some of the different geographic and temporal splits.

HOUSE COLOURS
The first pair of releases were the house colour schemes of which the silver version had two releases - the 2nd with corrected engines: 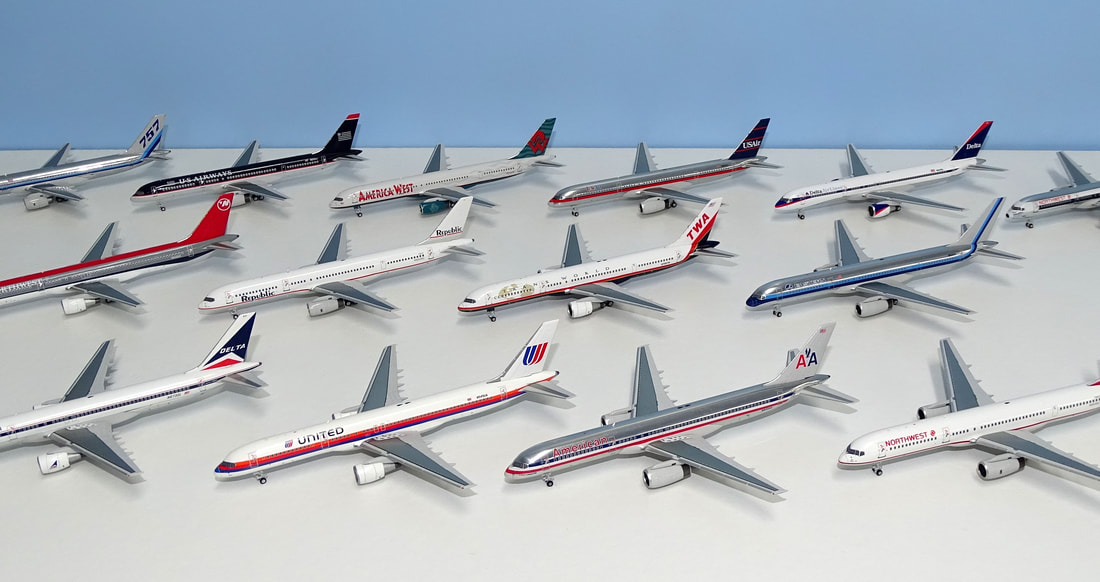 Most of my US 757s date from the 1980s and 90s and there has been a decent selection of 'classic' US 757s from the main trunk airliners. The United Saul Bass example was one of the first releases while the Delta Ron Allen dates from July 2021.

As well as having made four Pratt & Whitney powered Northwest 757-251s NG also made a 7 model series of 757-2S7s covering the lineage of Republic Airways to Northwest. I own 5 of them: 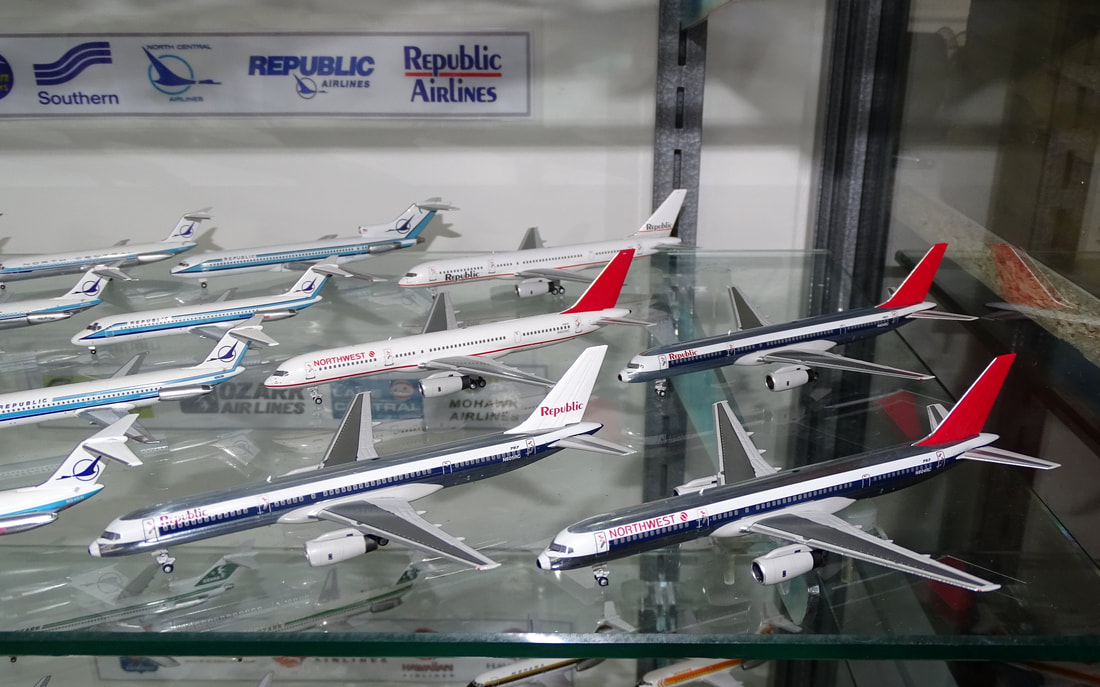 Obviously there have been a selection of more modern US owned 757s made as well but I don't own any of them. Here's some of them:
UK
The UK has been a major home to the Boeing 757 with British Airways, Air Europe and Monarch all being early operators of the type. NG has made a decent run of British 757s although mostly these were made in the earlier years of production and quite a few have been minor livery variants of the BA fleet - often in small numbers for the LGW Aviation fair. 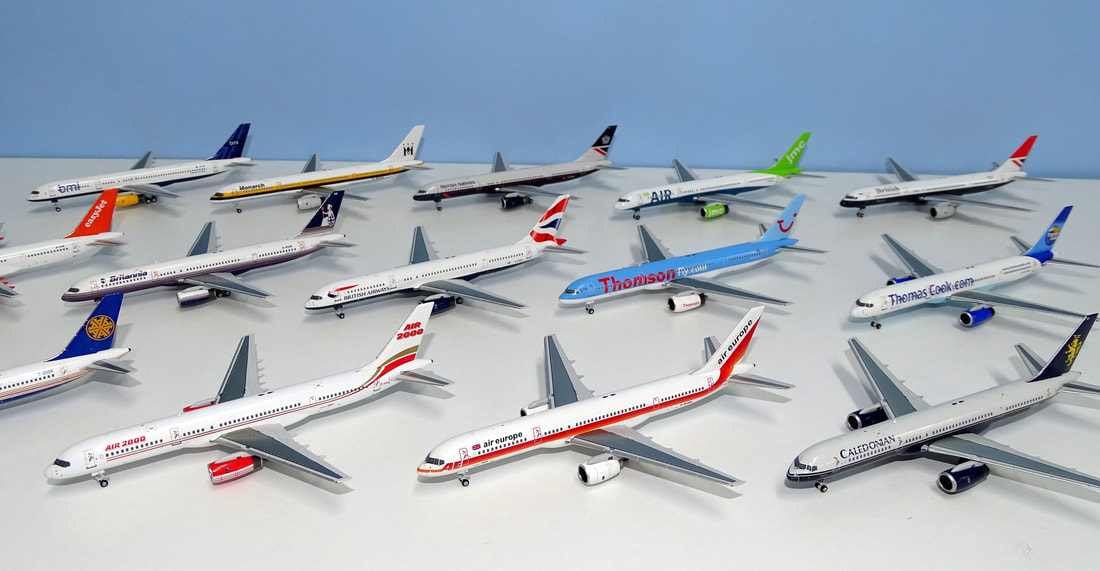 ​There are still large numbers of UK 757s to be made and I especially would like to see more charter airlines from the 1990s and 2000s. Below are a selection of the released UK Charter operators from the 1990s.

Another hybrid NG has produced is G-BMRJ in Caledonian colours with BA titles. Altogether NG has made 18 different BA 757s but there are still a selection of World Tail liveried models unmade.

​British charter 757s from the 2000s and 2010s are also represented in the release set as shown below. There has also been a Jet2 release which I don't own.

NG has not ignored some of the more obscure UK leases during the 2000s with four Easyjet examples (two of which are OH- registered) and this Icelandic British Midland:

CHINA
China was another major operational zone for 757s and coverage has been very good especially as HYJL Wings has released 13 Chinese 757s. As well as the major passenger airlines cargo 757s are also well represented. 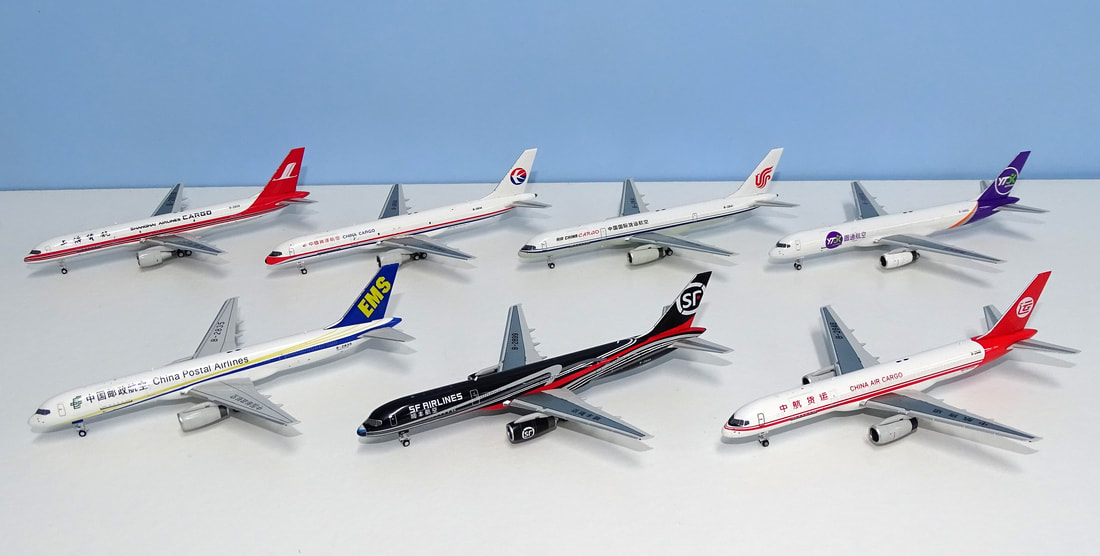 EUROPE
Although not as widely used in Europe as in the UK European Charter airlines have not been well covered to date with the many Condor liveries a major exclusion. So far only a single Condor model has been made and that features the least interesting Thomas Cook scheme:
Otherwise we've had to settle for just Air Holland, Air Europa, Air Finland, LTU Sud and Martinair:

Iceland has been another favourite of NG Models and Icelandair has been an important late user of the type in passenger service. There have been 7 Icelandair releases including 4 with the scimitar winglet style, 1 with blended winglets and 2 non-wingletted cargo versions:
Aer Lingus is another NG favourite and EI-LBS received a release also: 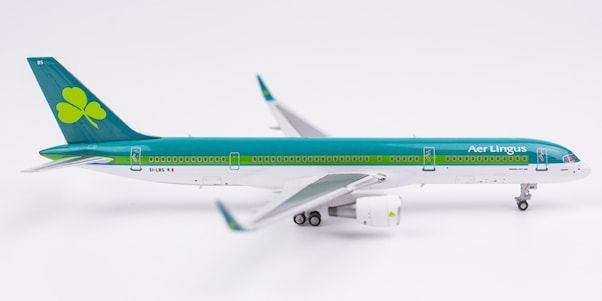 REST OF THE WORLD
The 757 also saw a lot of service in Canada and, in later years, Russia and neither of these geographic reasons have been visited by NG Models yet (aside from a leased WestJet example). However, NG have spread other 757 releases around the globe albeit in some places, like Europe, a little thinly. The pair of Singapore Airlines 757s are HYJL Wings releases. 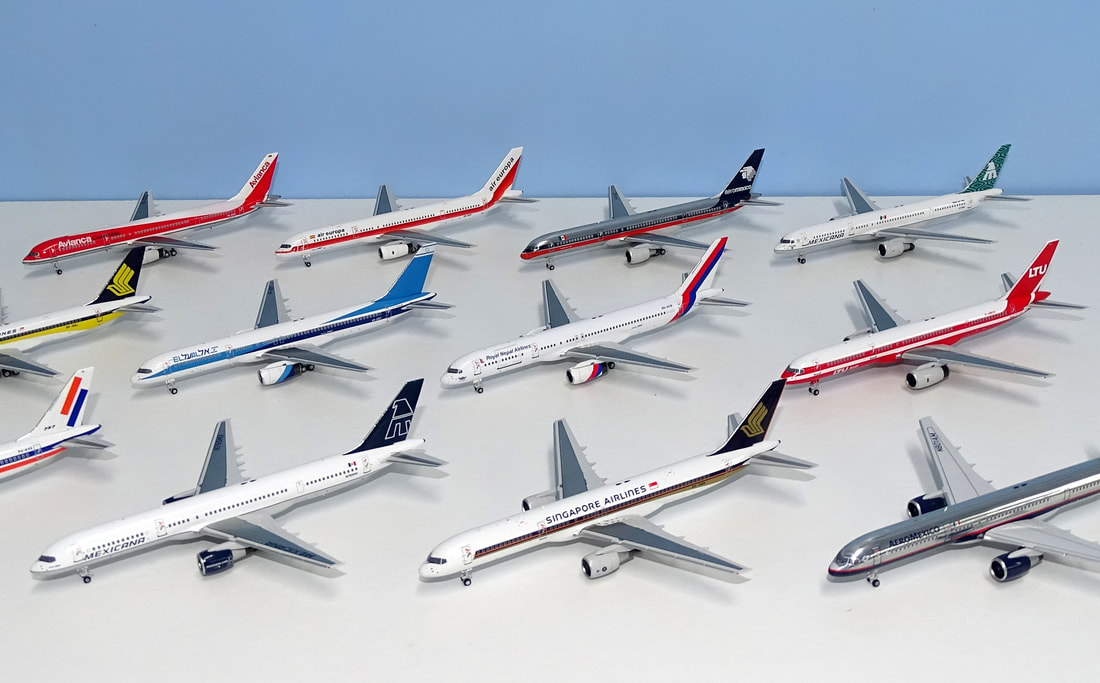 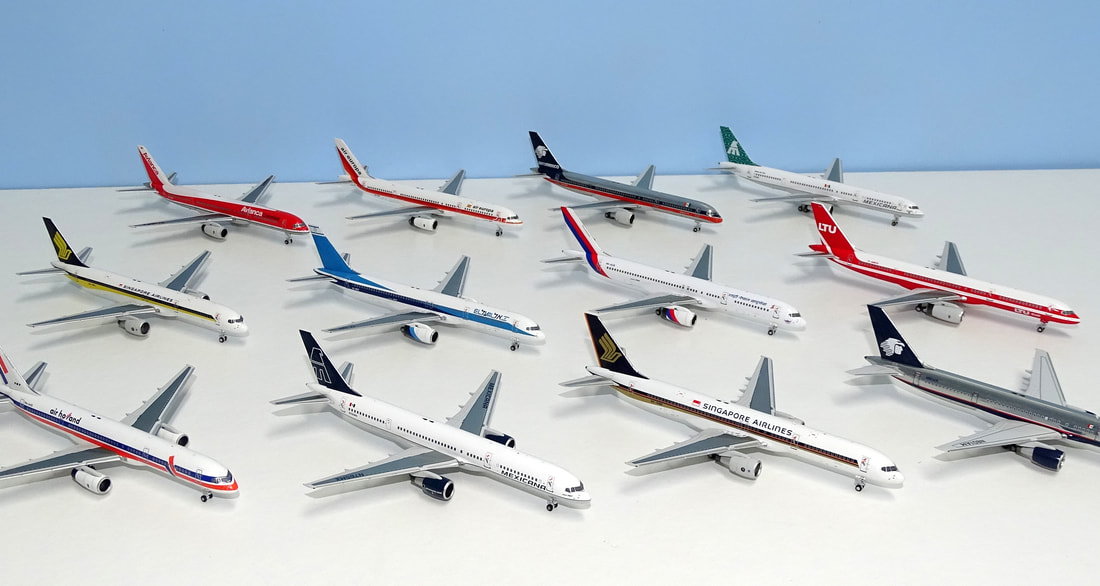 Mexico has in the past couple of years had 4 NG 757 releases - two each for Mexicana and Aeromexico: 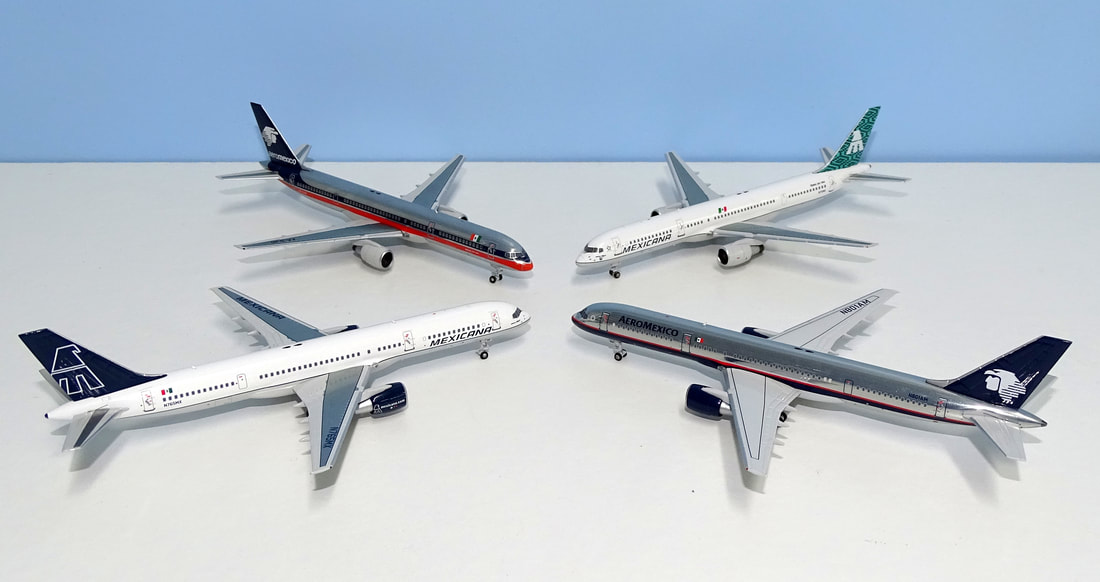 Some of the most obscure NG releases have probably been the leased Dinar, Tajik Air and Taban Airlines examples:
​A pair of Taiwanese 757s (Makung Int and EVA Air) were made for Dream Air in 2018:
MILITARY & PRIVATE
NG has not ignored military and private 757s either although I admit these are rarely of interest to me.
FREIGHTERS
Another category that outside of China rarely interests me are modern cargo 757s. Only one made it into my fleet: 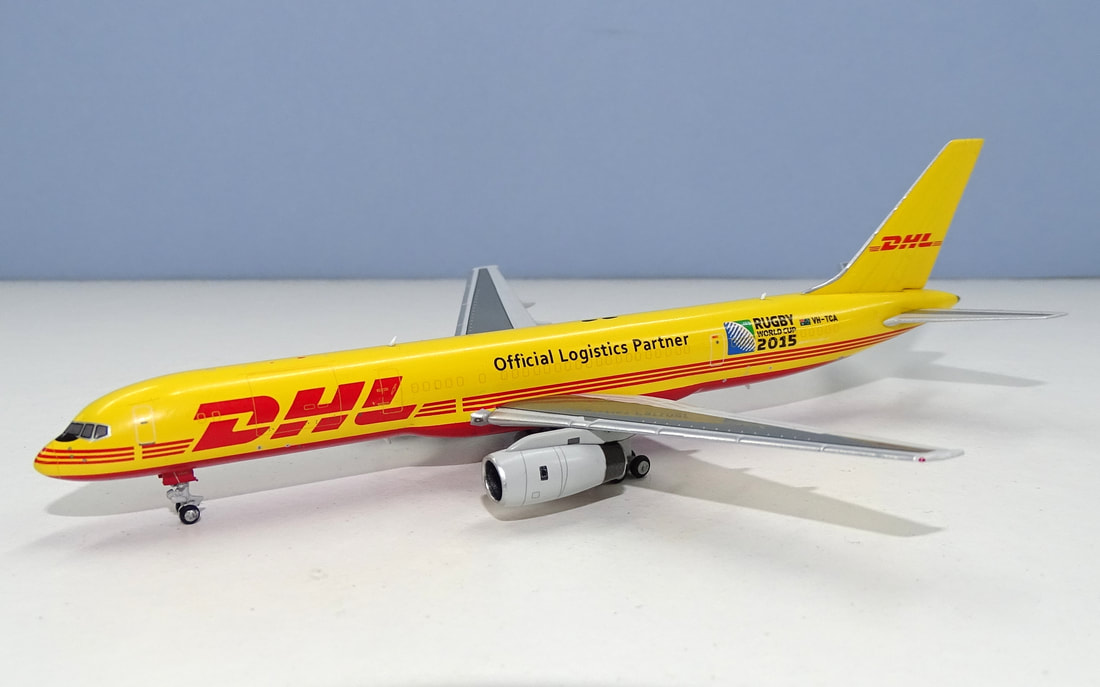 AEROCLASSICS
Aeroclassics acquired 3,000 blank 757s without aerials in 2018 and has made 20 releases since. The printing is not up to the standard of the NG releases but they have made some models that NG hasn't and I own 6 of them:

In the next part of this series I'll be taking a closer look at what NG has made and how its 757 production has changed over time.​ Stay tuned...