As with moulds Schabak periodically changed the type of undercarriage wheels that they used. These changes were typically applied across all the moulds then in use. The main change was from large silver metal wheels to the small black painted metal wheels of later models but between them there were several other variants used for brief periods and only sporadically. The dates of changes are poorly known and it seems some different types were used for only short periods and their usage overlapped. Below are all known wheel types in order of appearance.
1. SILVER WHEELS (1982-1989)
During the 1980s metal wheel were the order of the day but there were several different combinations.
1a. ALL LARGE SILVER WHEELS
In the early Schuco moulds (747-100/200, 747-300, 747-400, DC10, Concorde) both the nosegear and maingear were large. All the wheels rotated freely. 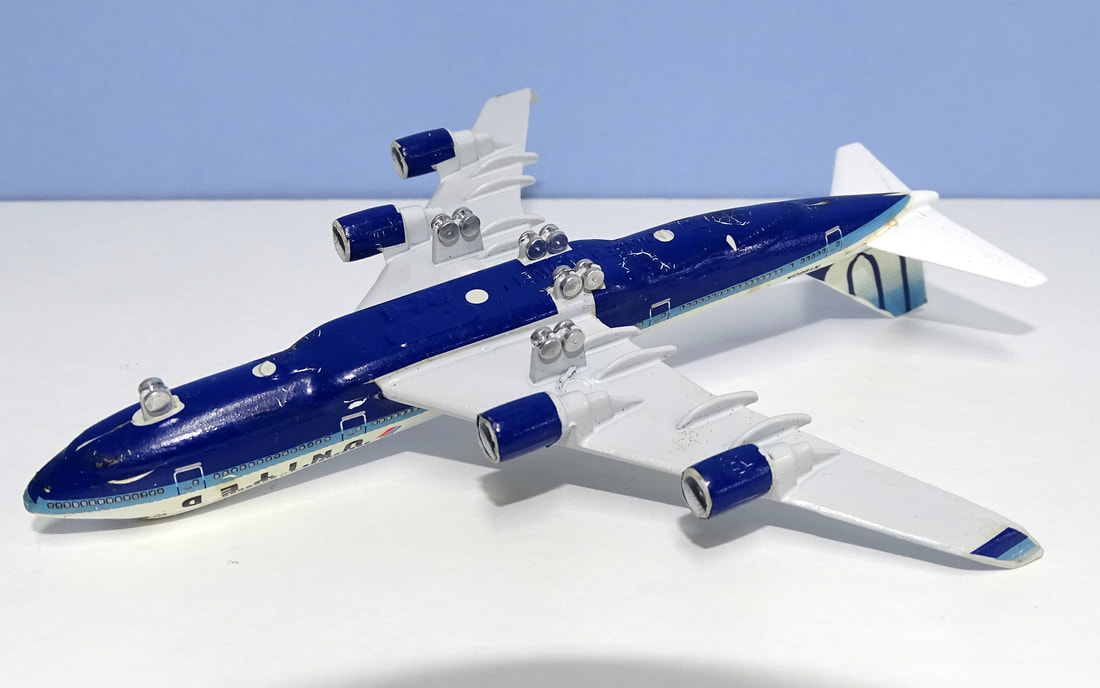