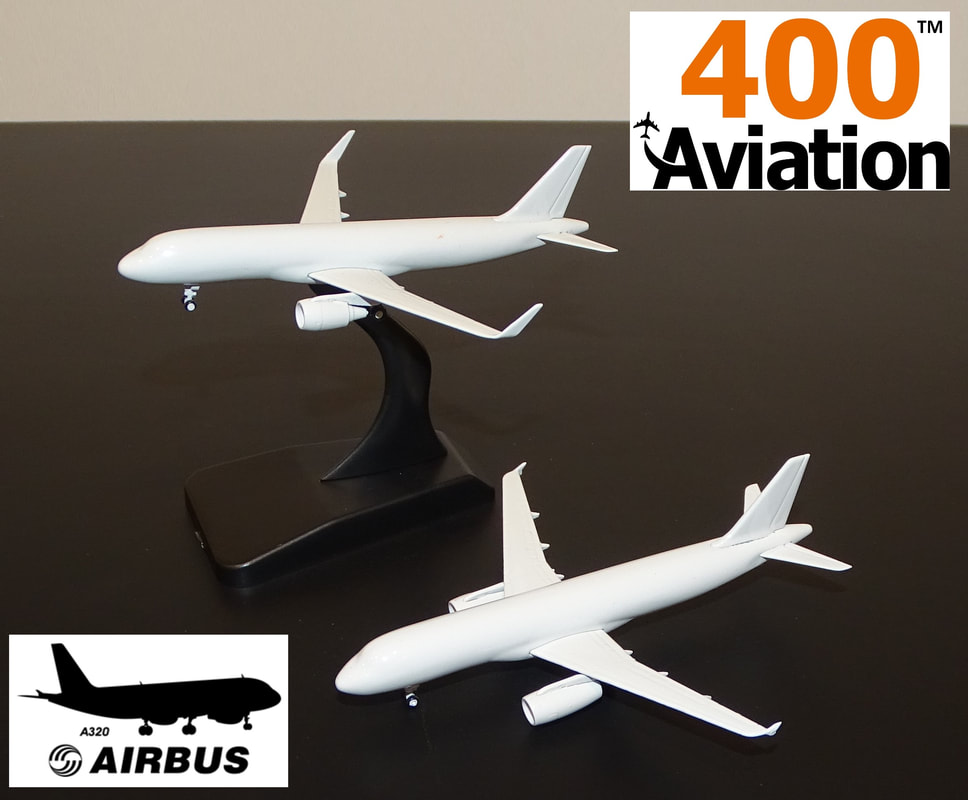 Following hot on the heels of the new NG Models A320 family mould Aviation400 has also decided that the type is important enough in its plans to be its first narrowbody mould. As I've said previously, since the A320 family continues to take an ever increasing chunk of the global airline fleet it isn't too surprising that the A320 is a key battleground in 400 scale. The introduction of this mould means that all the active manufacturers in the scale now have an A320.  Prior to this year's pair of new A320s it is the JC Wings / Gemini edition produced in 2016 (but damned with oversized engines) that is the next newest. Ignoring that there is only the bang average 2013 Phoenix mould used regularly, as the superior Aeroclassics A320 isn't heavily used (and lacks modern features) while the best of the older moulds by Panda Models is even less utilised.

Aviation400 have sent me a pair of A320 current engine option moulds but as well as the different engine options of IAE V2500 and CFM-56 they also feature the different wingtips (wingtip fences and Sharklets). I would be very surprised if they weren't also working on the NEO engines and potentially also A319s and A321s, but only time will tell. 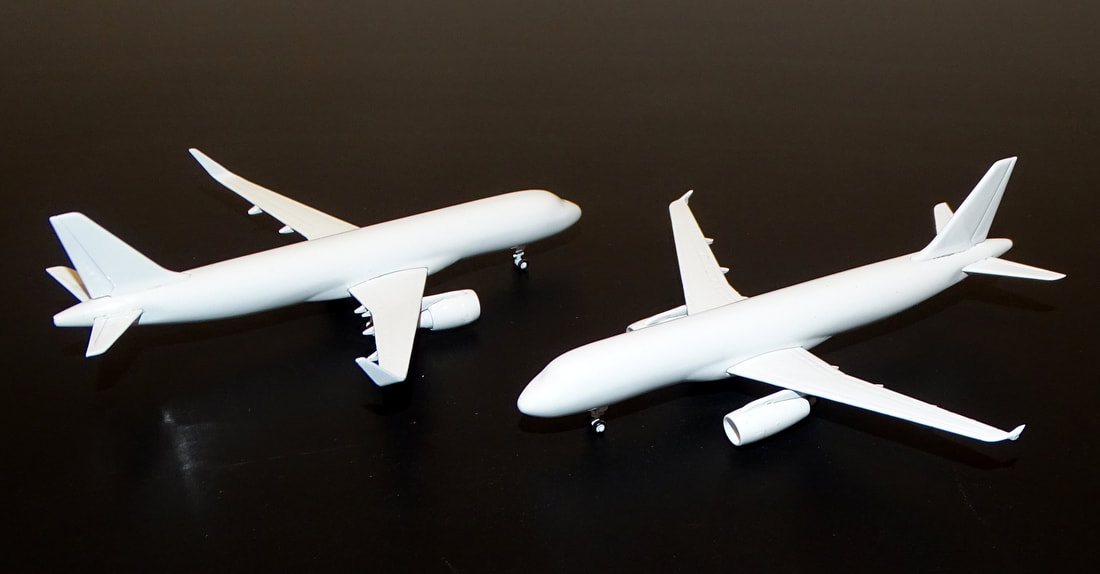 Aviation400 have been an exciting new addition to the 400 scale scene with their laser sharp focus on detail and groundbreaking introduction of jewel beacon lights (which presumably these A320s will also have). The only real criticism that can be aimed at them is that their time to deliver between announcement and release can sometimes be quite long, a factor I believe of sharing production facilities with Inflight. If they can resolve this and increase their release numbers then they can surely be a major force in the scale. The A320 is a step along that road. 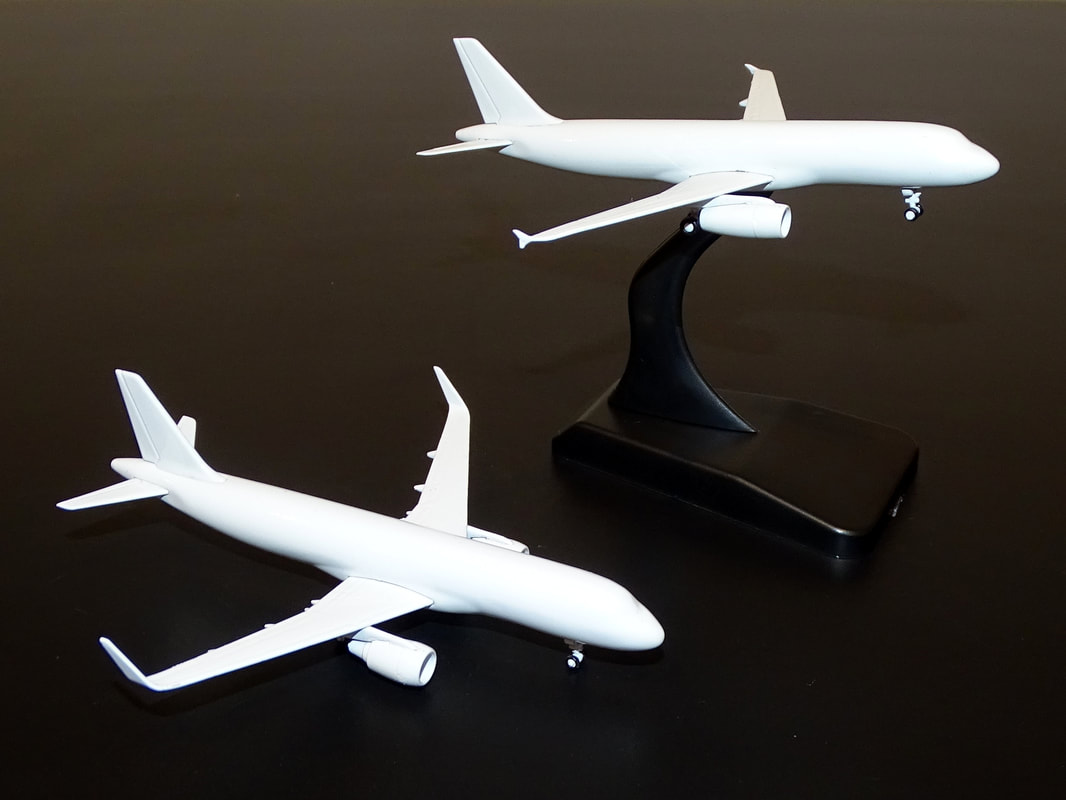 The A320ceo was available with either CFM56 (series 21X) or IAE V252 (series 23X) engines.  The original A320-200 features wingtip fences whereas these were lacking from the original A320-100, which does not currently form part of the Aviation400 A320 product line. The Sharklet blended winglets were launched in 2009, replacing the wingtip fences, and deliveries of A320s fitted with them began in December 2012.
Below: A 2019 delivered A320-214 fitted with CFM56-5B4/P engines and Sharklets: 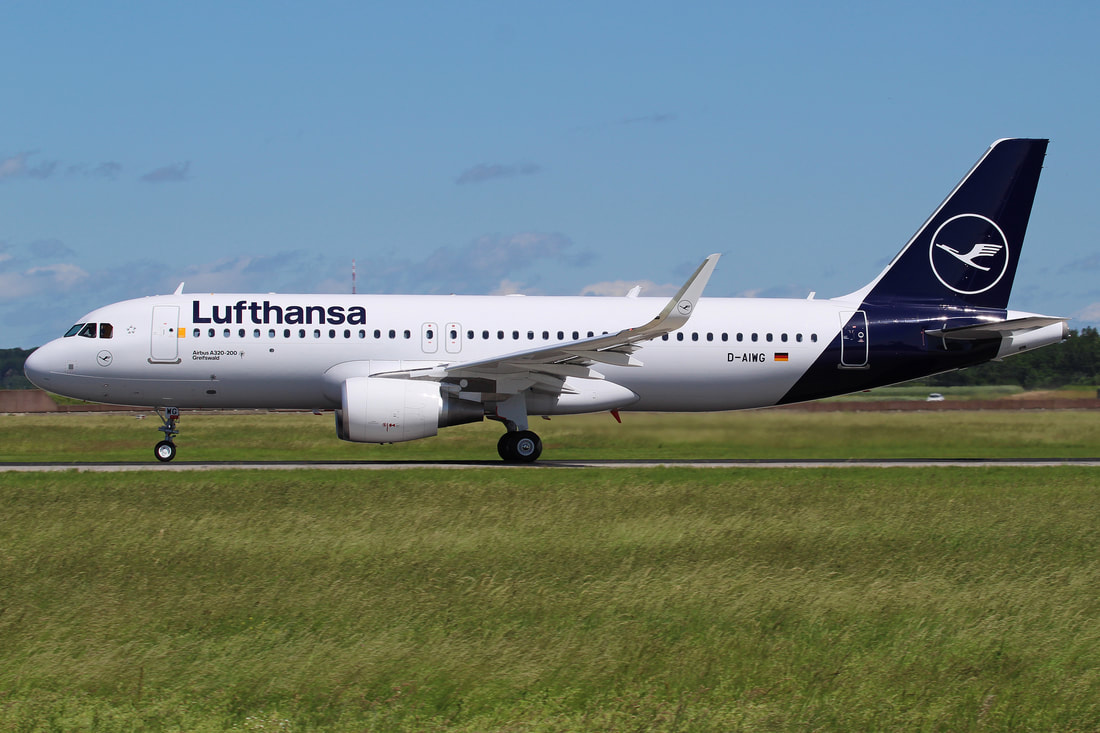 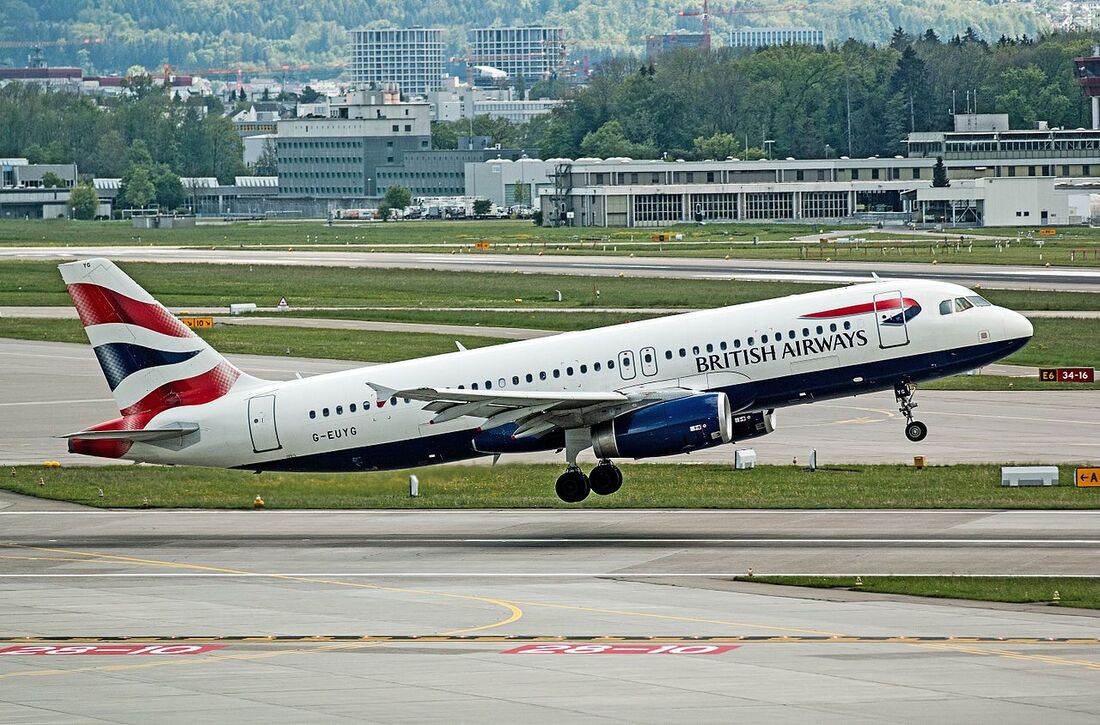 As I've said pretty much everyone has an A320 nowadays and back in May I undertook a detailed rating comparison of all the extant moulds scoring them out of 45 (rather charitably I didn't score the aerials although in retrospect I probably should have). The review can be found here:
A320 Detailed Mould Rating Comparison 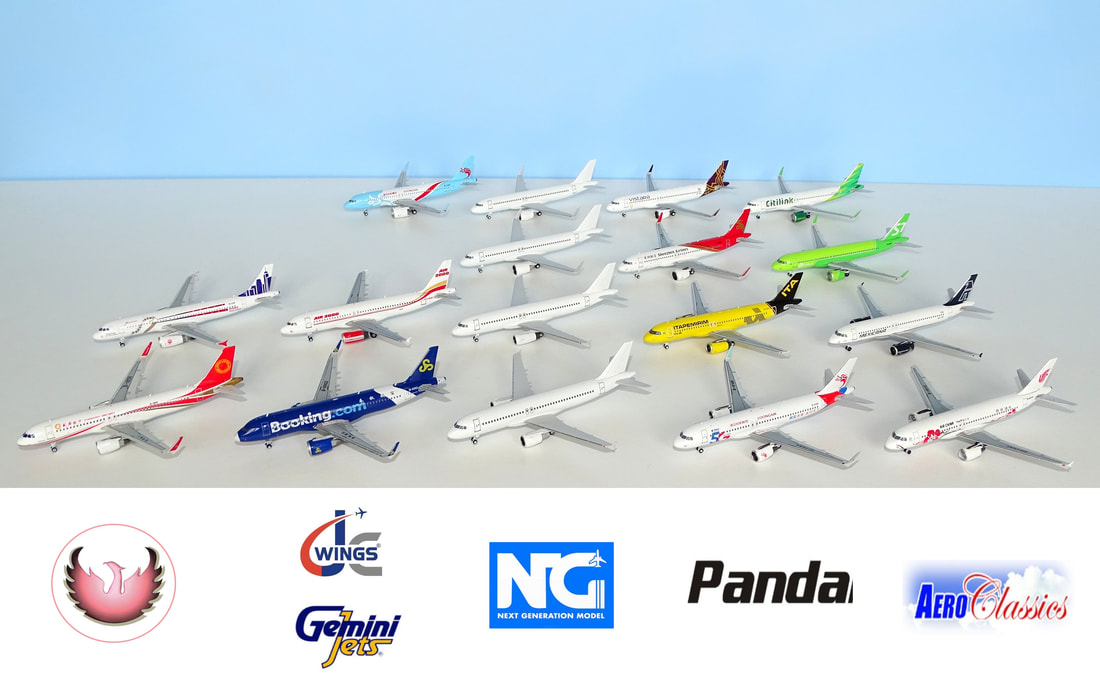 The New Aviation400 Mould Sample for the A320ceo

Above: Note there is some slight damage to the wingtip fence on the sample's left side
NOSE, COCKPIT & NOSEGEAR
The nose shape immediately says A320 and I am happy with its accuracy. It maybe ever so slightly more slender than the NG version, which is probably a good thing. Obviously the mould doesn't come with any window printing so it is difficult to say a lot about that other than the angles around the cockpit look good.
The nosegear angles nicely and has good proportions. It is slightly chunkier than the NG version but that doens't impact how good it looks.
WINGROOT & MAINGEAR 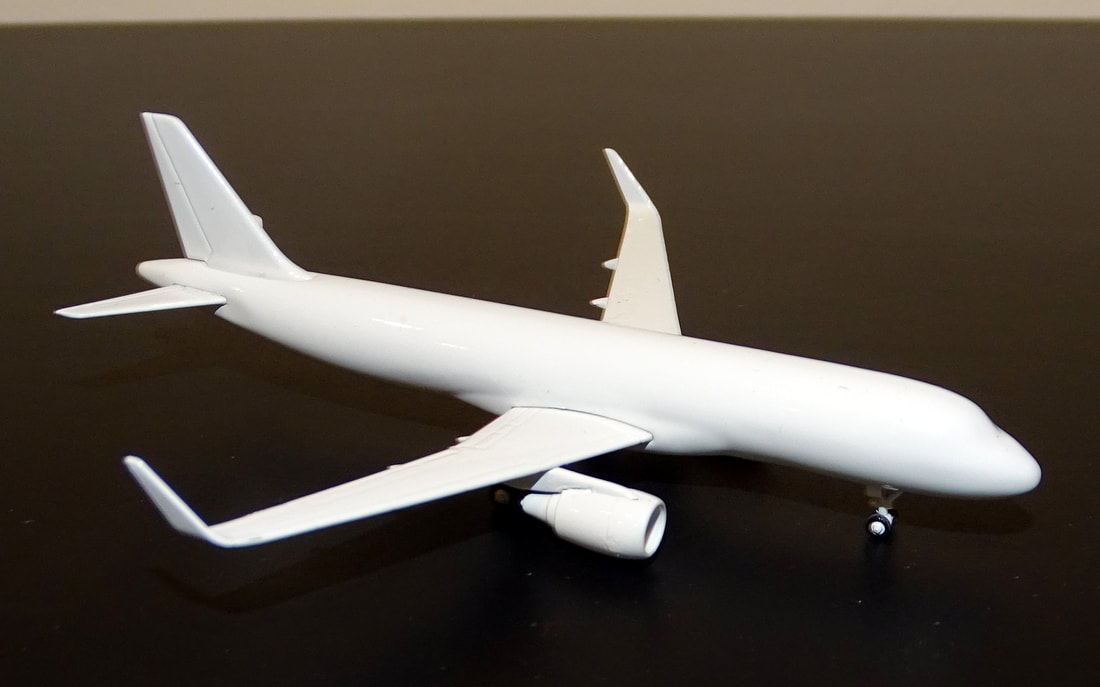 I don't see any concerns at the wingroot The fit of the wing is tight, with no seamline, and the fairing obvious and well defined. The A320 maingear is rather simple with the inner gearleg obscured by the geardoor. The shape of the AV400 maingear unit appears fine. From the front (see below image) the detail of the inside gear legs and cross braces looks accurate.
The underfuselage detailing of the samples is excellent. It the two semi-circular ridges present on the maingear doors but also the gear doors themselves are etched into the mould, something not seen even on the NG version. 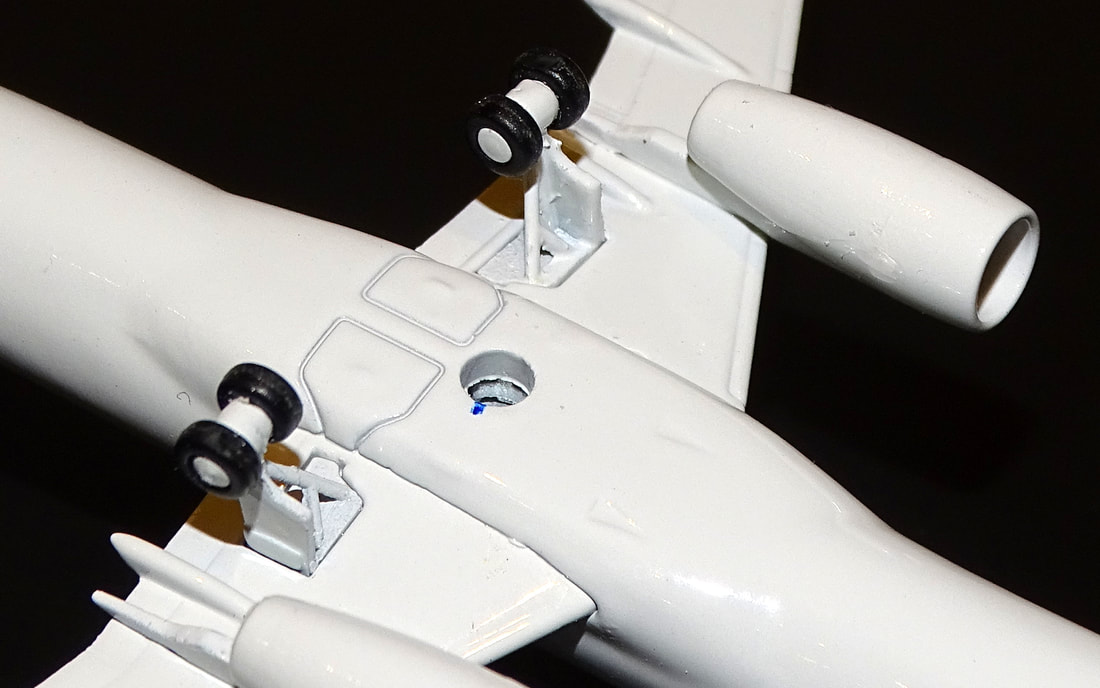 WINGS
Ground clearance for either type of engine is not an issue.

I'm happy with the shape of the asymmetric wingtip fences. The outer flap track fairing could possibly be shaped to point upwards a little more. 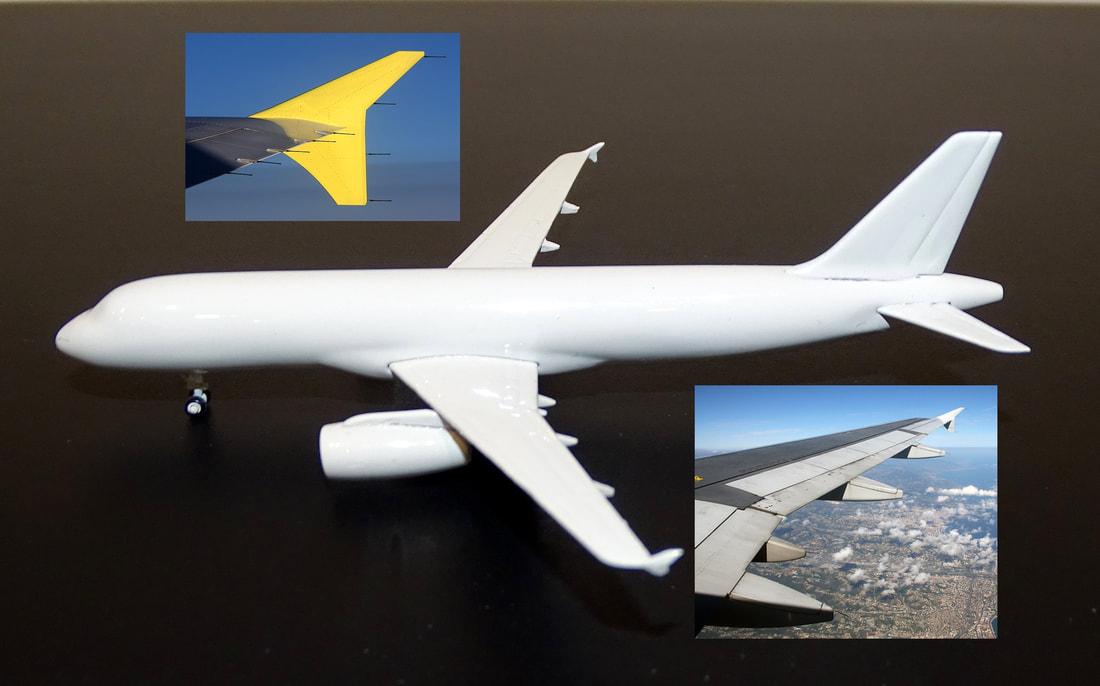 TAIL & REAR FUSELAGE
The tailcone and vertical stabiliser shape look accurate. They do lack the panel line etching that is present on the NG Models version, although I'm not sure that is a bad thing. The lines on the NG mould are a little deep and I don't think there omission is a problem, especially if printing replaces them.
ENGINE STRAKES
The small fins on the side of the engines that push air up over the wing and are called 'strakes' and feature on the inside of the engine nacelles of an A320, however on the samples they are currently absent on both engine types.
CFM56 ENGINES & PYLONS
From the side the CFM engines look fine as do the pylons connecting them to the wing, mostly. Aside from the aforementioned inside strake the only thing missing is the additional detail where the nacelle joins the pylon just above the hot section. The hot section exhausts should also be properly joined to the pylon arm under the wing. 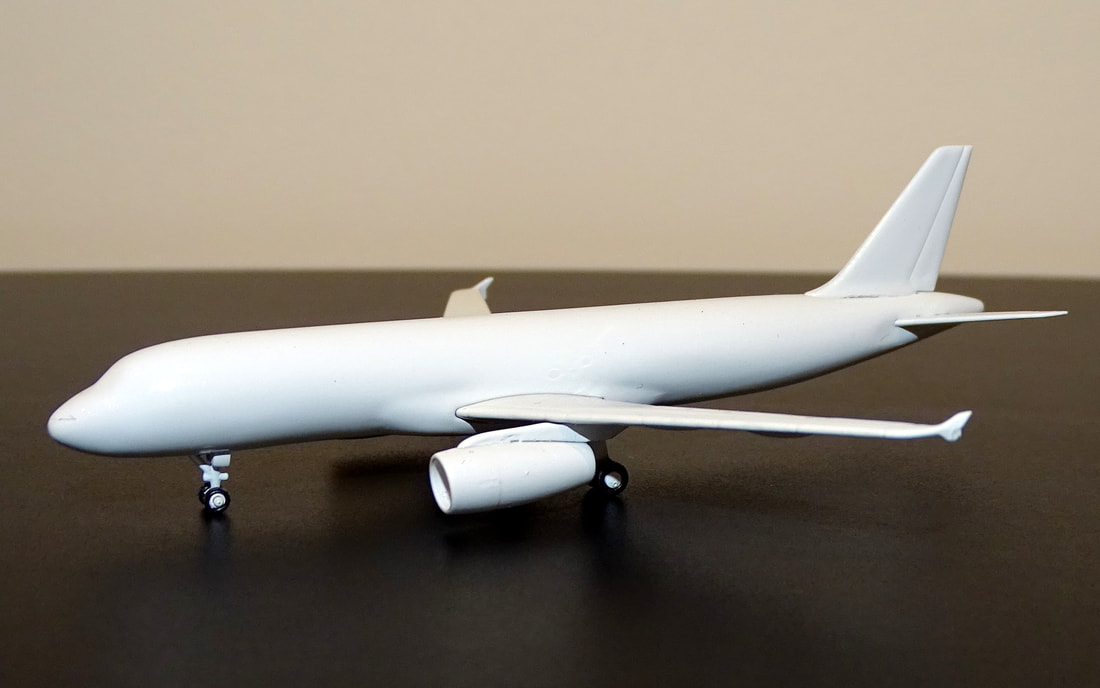 IAE V2500 ENGINES & PYLON
Unlike the CFM56 the IAE V2500 engine has a distinctive shape caused by the mixed nozzle arrangement for the exhaust as opposed to the CFM's hot and cold nozzle.

Aviation400 have done a good job in following up the NG Models version with a sample that is as good, if not better. There are no major issues and few small ones aside from the following:


It will be interesting to see how the finished article looks with printing, aerials and jewel light beacons. Hopefully Aviation400 will choose to produce a good variety of releases, both temporally and geographically, when the moulds are fully finished. 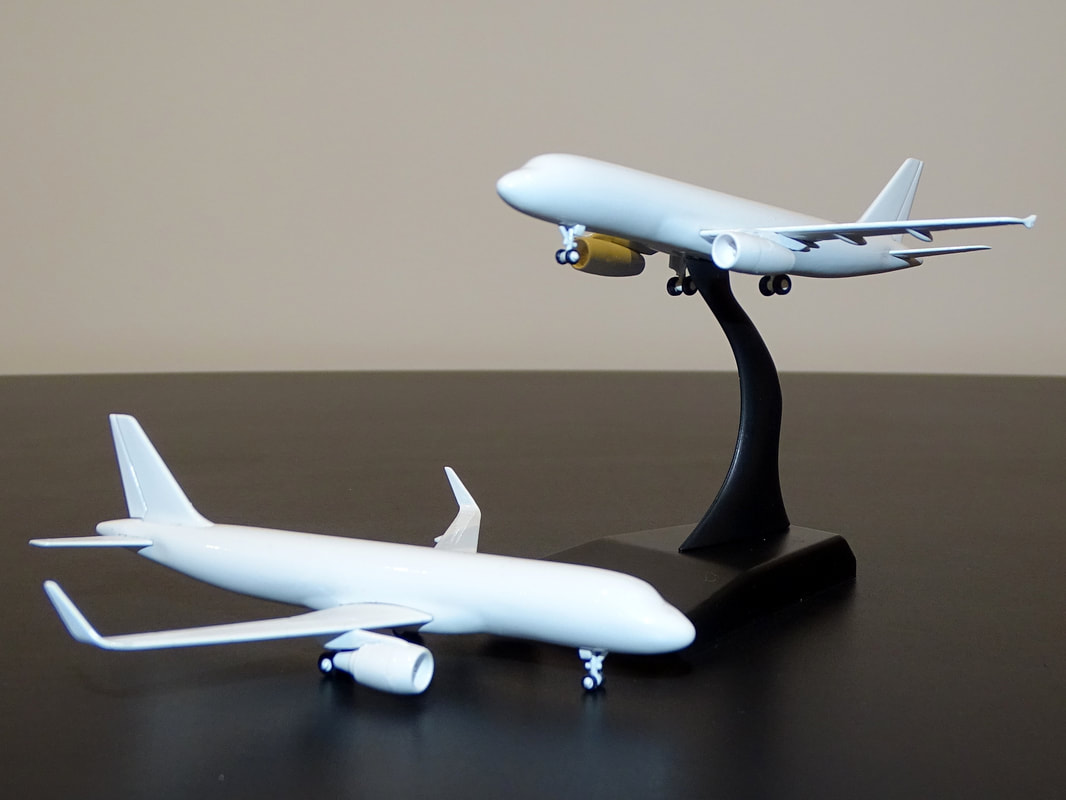