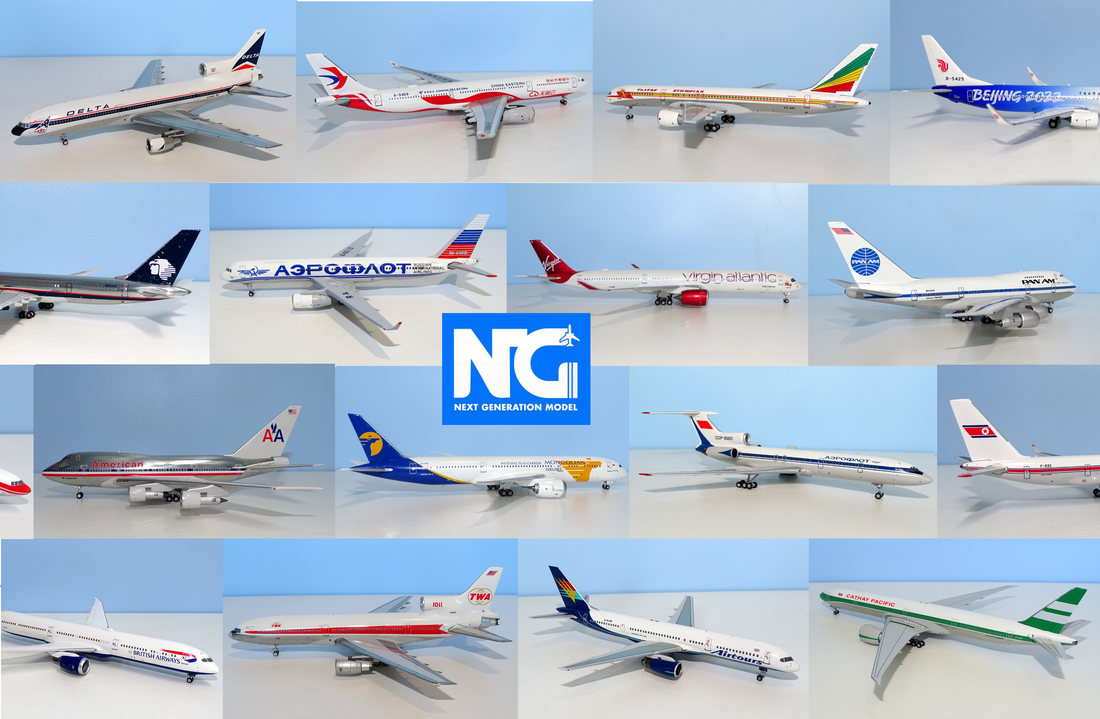 NG Models appeared seemingly out of nowhere late in 2017 and over the past 5 years has grown into a major force in 400 scale (and dabbled in 200 scale as well). In that time they have built up an impressive mould catalogue, almost universal in its excellence, and have overcome organised attempts to put them out of business by competitors. Their models have in many ways become the benchmark in the scale for quality and accuracy. Certainly nowadays they are one of, if not the biggest, manufacturer in 400 scale.
The details of who is behind NG remain largely unclear however they have set themselves apart from all other brands by adopting a willingness to engage directly with collectors and take onboard feedback. Part of this has included working with myself at Yesterday's Airlines, by sending me mould samples prior to their announcement so that I can review them and get feedback from the community.​
In this article I want to take a look at the progress they have made in terms of mould creation and release production.
THE EARLY YEARS: 2017-2020 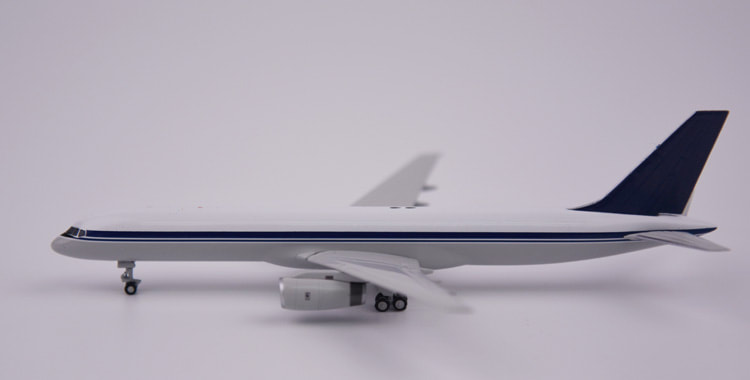 Above: The first released images of NG Models first mould - the Boeing 757
I first became aware of NG Models in December 2017 when they posted at the wings900 forum announcing their new 757 mould. I quickly got in contact with them and suggested they move to the more popular DAC forum. This was the start point of my relationship with NG and the growth of their profile among collectors. To read my first ever blogpost announcing NG Models see here:
NG Models & a New 757-200 in 1:400
Two of NG's earliest Boeing 757s to appeal to the Western market were the United Airlines 'Saul Bass' and Northwest Orient. Both showed amazing detailing on an exemplary mould - aspects that have become the hallmark of NG releases. Gradually into 2018 NG models began to become more common at retailers in the West, although their appearance in US stores was initially challenged behind the scenes by vested interests not keen on the competition, who went so far as to threaten retailers with the withdrawal of their products if they stocked NG. Thankfully this was not successful.
​Technically the 757 wasn't the first mould NG had created as they had been making models for the new brand HYJLwings since mid-2017 with HYJL's own A321 in 400 scale and a 200 scale CRJ. The CRJ mould would go on to be used by NG Models quite quickly but it wouldn't be until January 2020 that the HYJLwings A321 would see production under the NG brand name. HYJLwings would also use the NG Boeing 757 quite regularly in 2018.

The first 787-9 release from late 2018
Following up the 787 was the Boeing 737-800, which was the first mould I received samples for prior to it going into production. The initial range of NG Models moulds showed a high level of variety with both classic and modern types being created. Both the 757 and 737-800 were used at this point for a wide array of models across the 1990s and up to the present day. 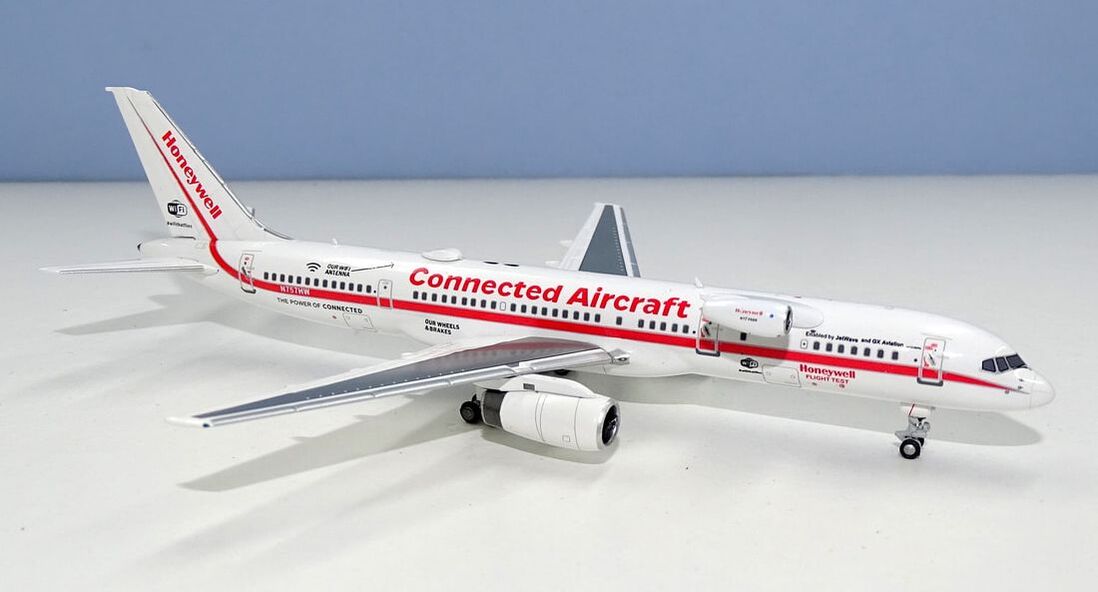 Below: A selection of the mould samples received and reviewed here at Yesterday's Airlines:
NG GOES LARGE: 2020-2023 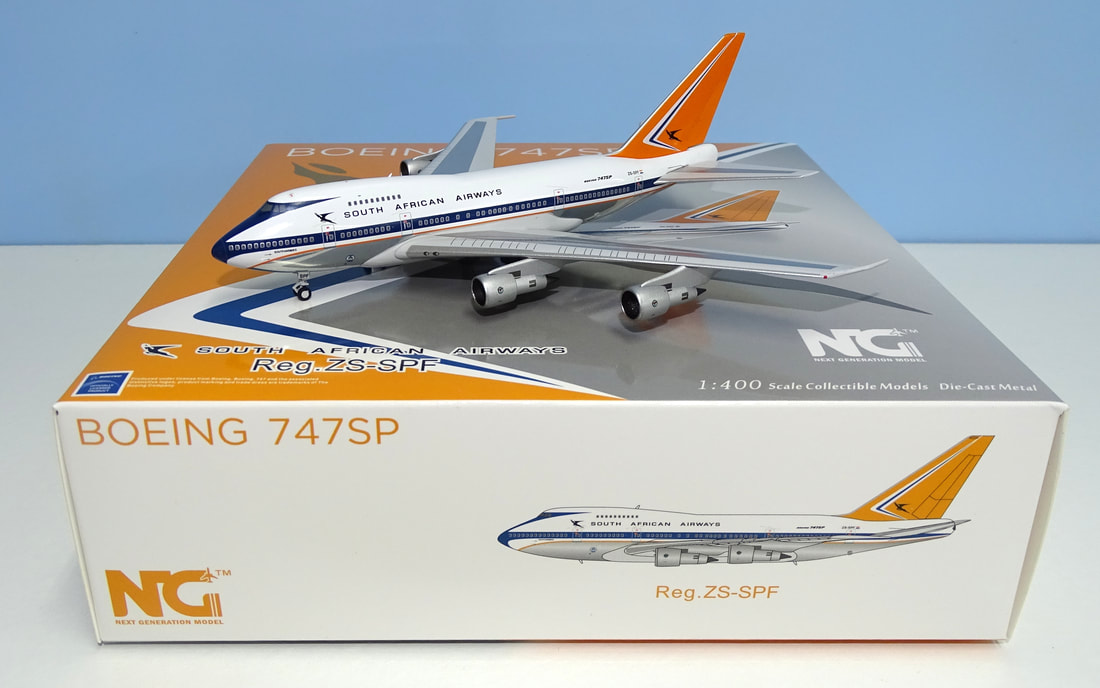 By early 2020 NG Models was really making waves in the scale and had already grown to become one of the larger and more prolific manufacturers. 2020 would continue to see new moulds come online. As already mentioned, NG started making A321s using the HYJLwings mould in January but also added the Airbus A350-900 and Boeing 747SP that year. In addition they tookover the old Panda Xian Y-20 mould and redeveloped it to remove the wing seam. NG has consistently shown a patriotic streak and has celebrated all of China's recent homegrown aircraft types. 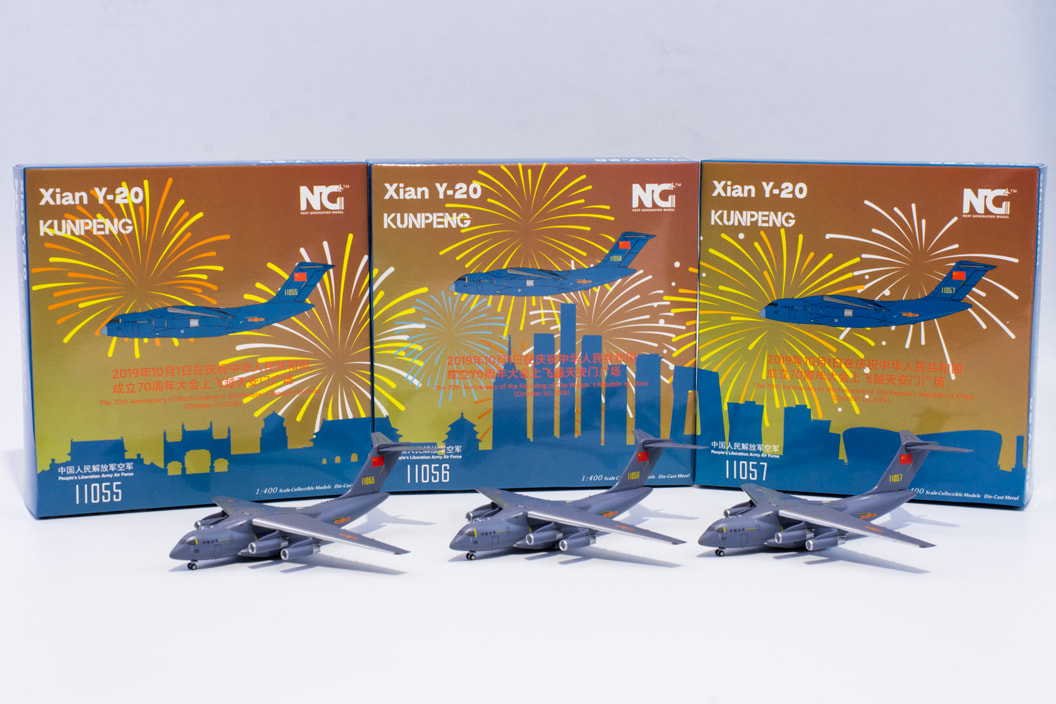 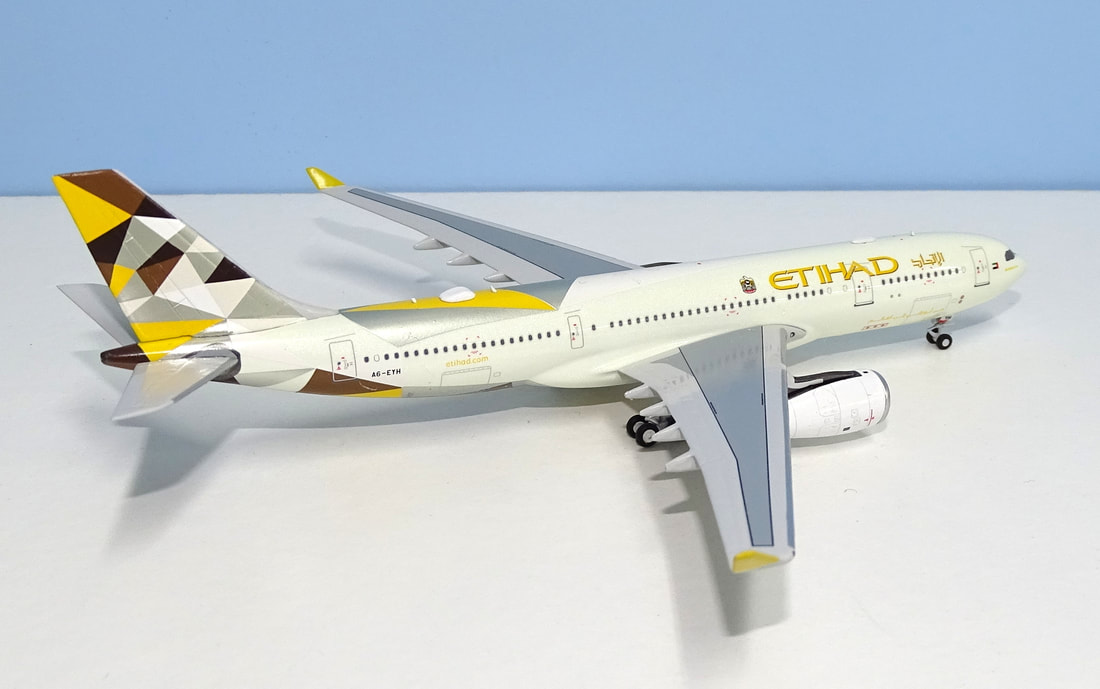 One aspect of NG's success has been a broader range of modern airliners. Not only are they now trying to appeal to a much larger global audience but they also appear keen to compete head-to-head with existing brands like Phoenix, JC Wings and Gemini Jets. That has meant a lot of their more recent moulds have been for modern types that offer greater sales potential and allow direct competition. The flipside of this is obviously that there has been less room for 'classic' releases, which is a shame.

That doesn't mean there are no classic releases and certainly NG has made some outstandingly beautiful classics, especially on their 747SP and Tristar moulds. However, it does mean that these classic models are outnumbered quite heavily. 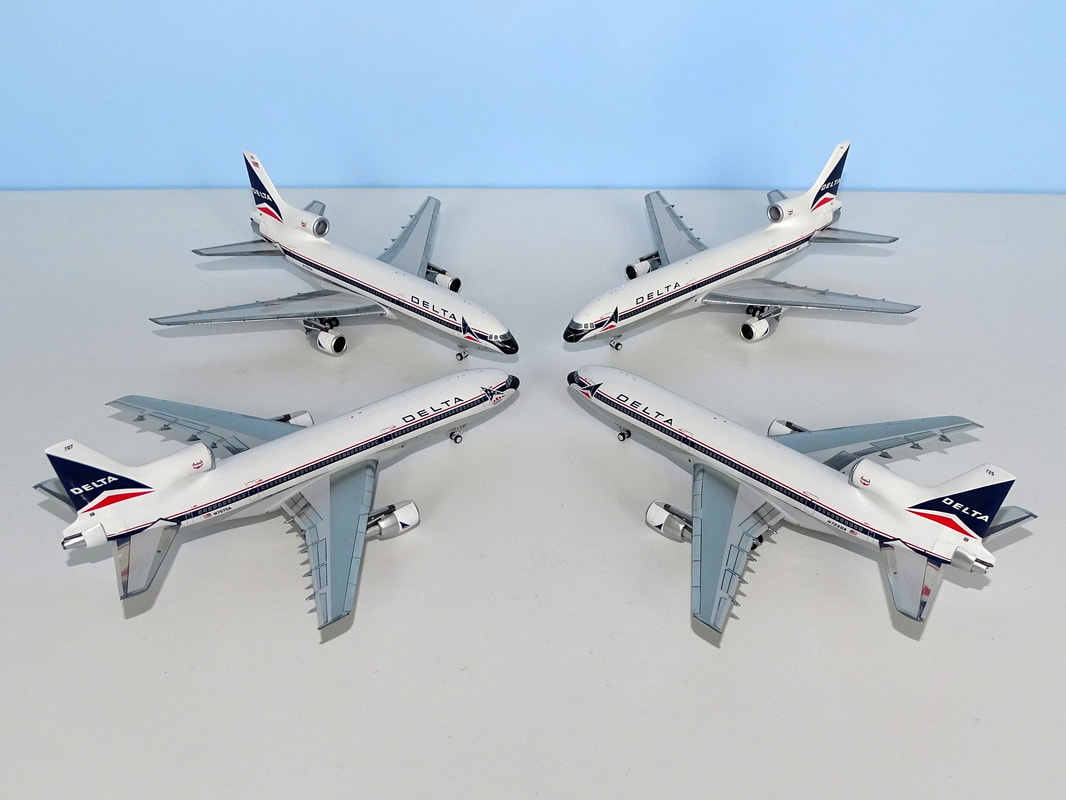 Even among a sea of modern A330s, A350s, 737s, 777s and 787s NG has not lost the ability to surprise and the creation of both Tu-204 and Tu-154 moulds has come as a major shock, even if the usage of both moulds has once again veered rather towards more modern examples and neither mould has seen the sort of usage that the Airbuses and Boeings have.
Below: NG Mould production 2020-2023: 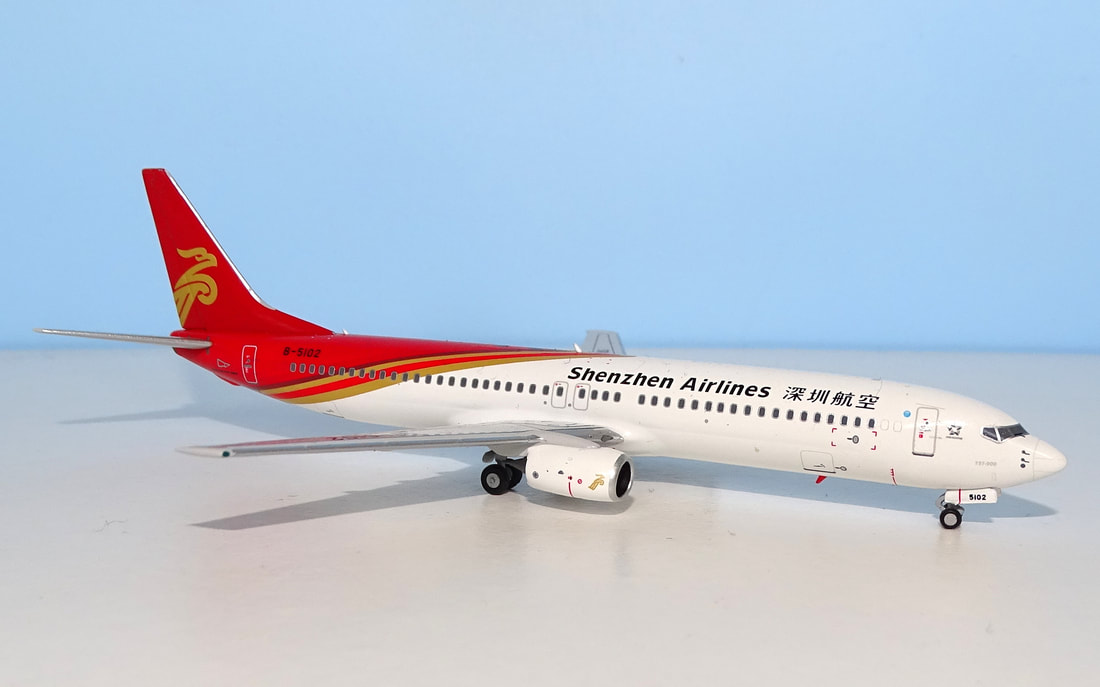 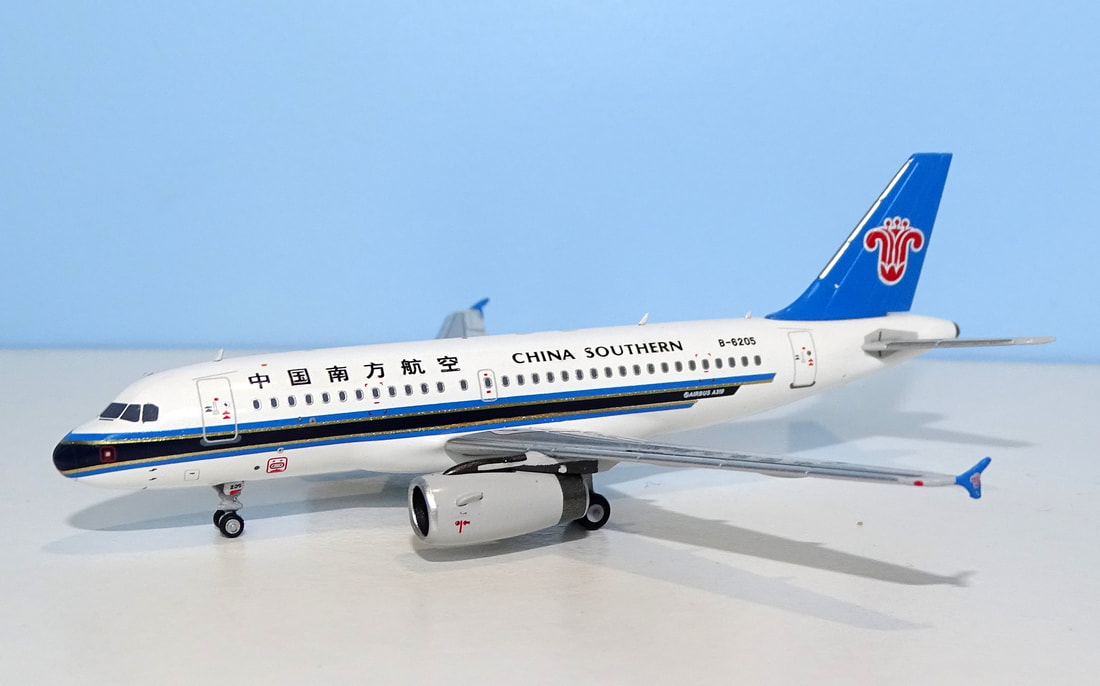