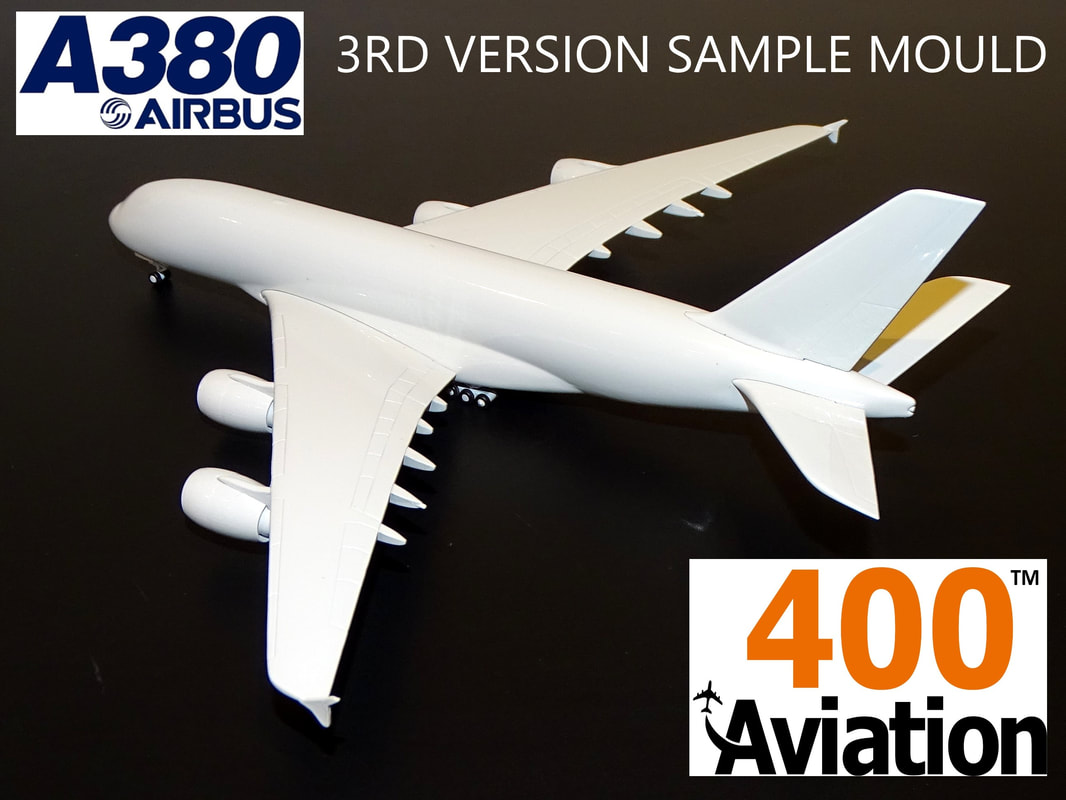 Aviation400's Airbus A380 has now entered production and in the past fortnight they have announced 11 A380 releases, while at the same time facing strong competition from competing releases from both Phoenix and JC Wings. I have just received the third and final version of the new sample mould and I am pleased to say that they have modified two of the areas for improvement identified in my previous review. 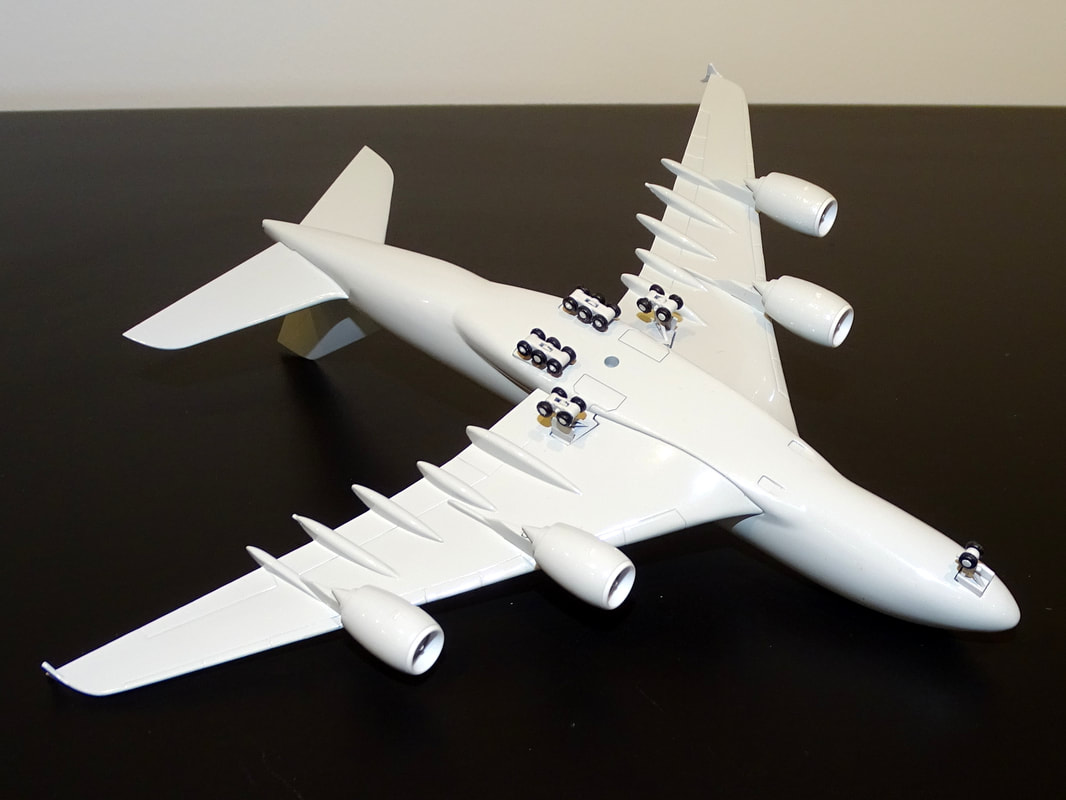 The new sample mould is the first of the three I've received to be fitted with the magnets for the landing gear. I can confirm that the gear fits well and holds tightly even when shaking. It is also very easy to attach and detach. When displayed with the gear up the gear doors have small notches in which make them easy to extract using a pin. 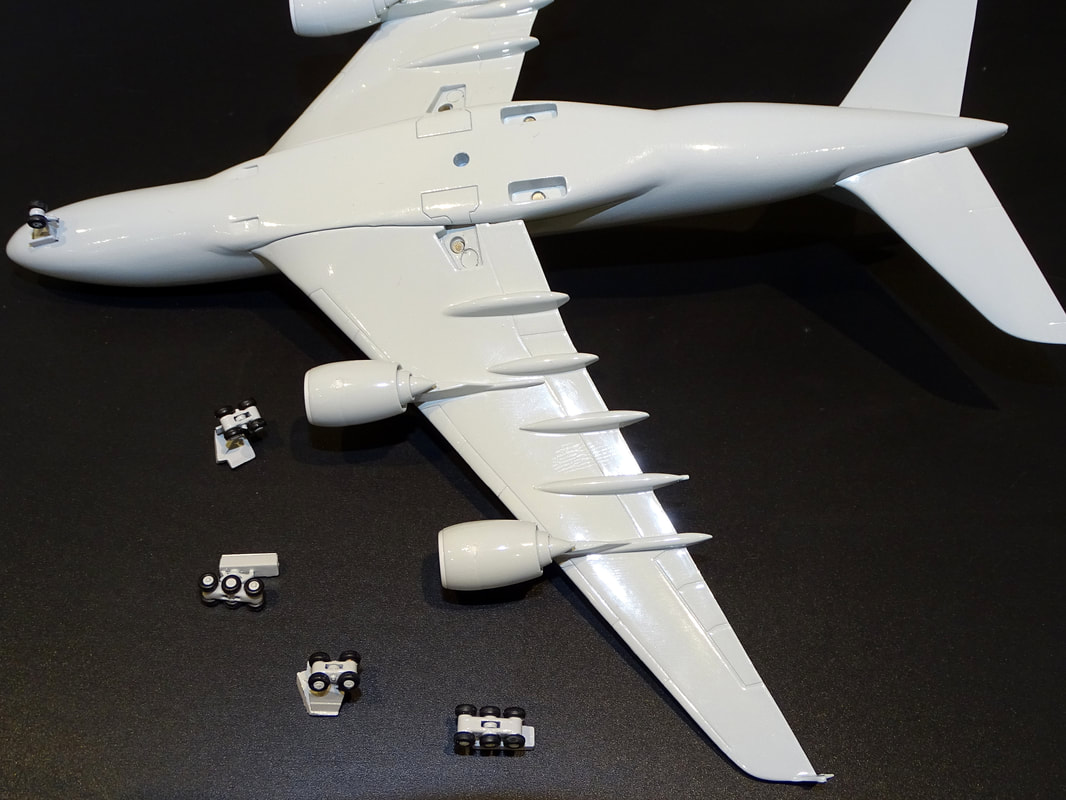 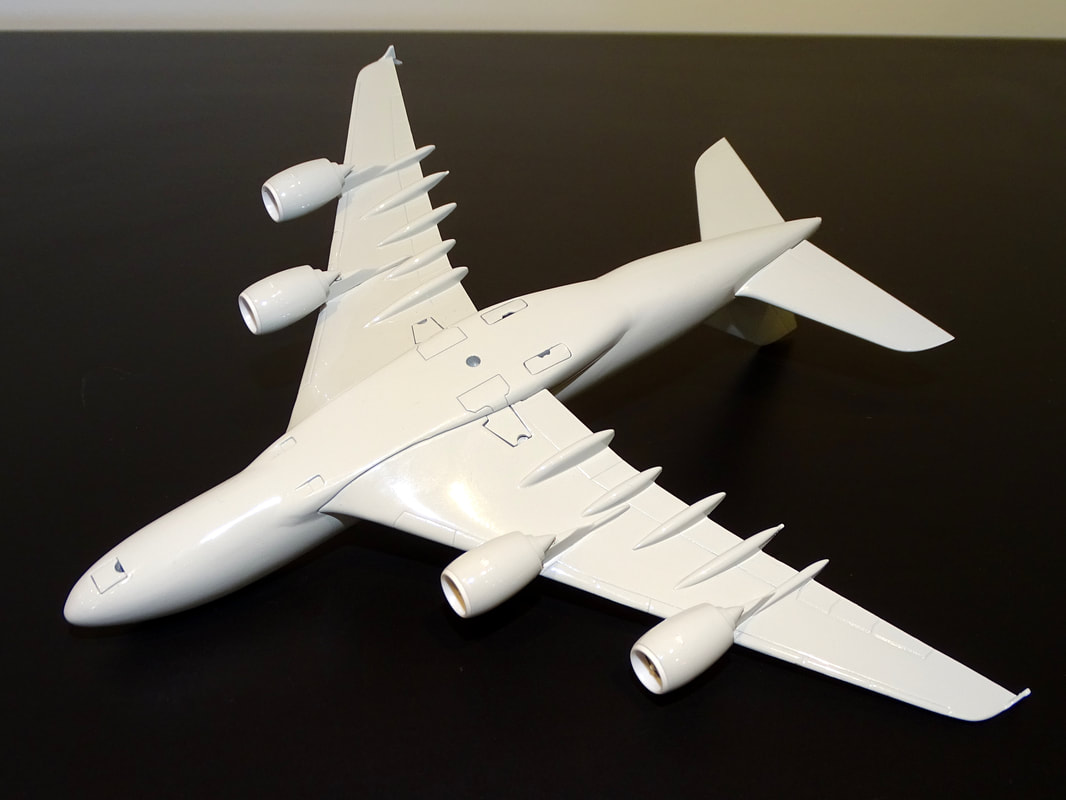 Overall the rest of the mould remains excellent. I am particularly impressed by the engines and fanblades. The latter spin freely and are the correct thickness. The multi-part engine construction is very good with a tight join between the rim and nacelle. 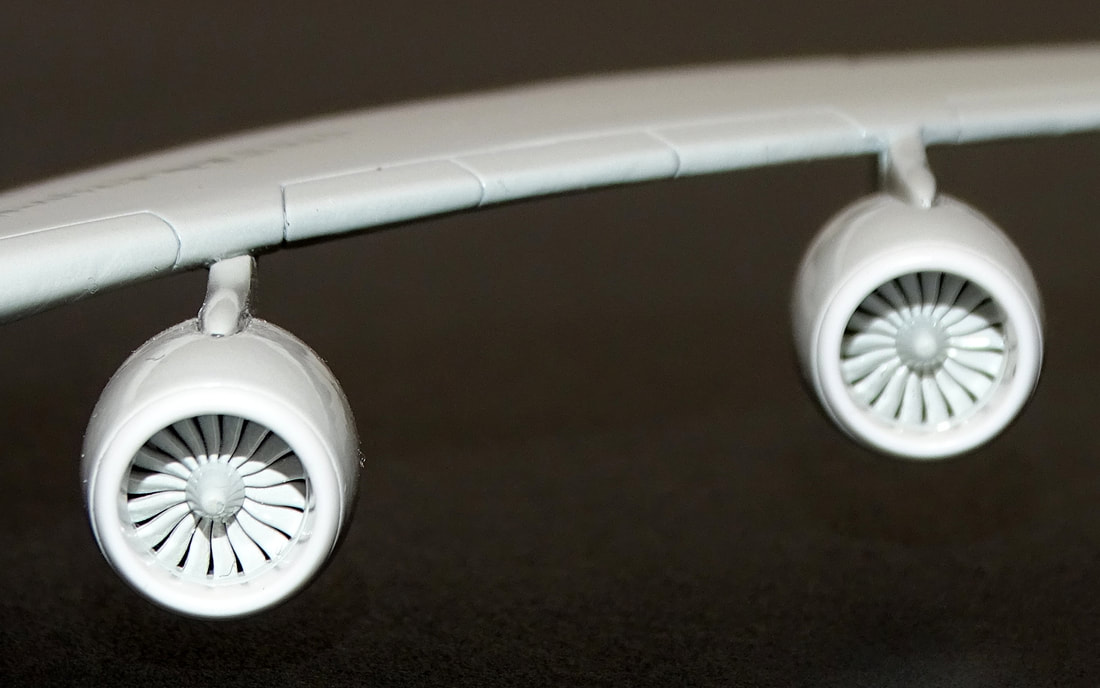 About the only remaining criticism I have is that the rear maingear bogies are slightly too far back from the outer pair. On the real thing they just about overlap: