Modified: June 2021
Thanks to Aviation400 for providing me with this resin sample of their upcoming A380 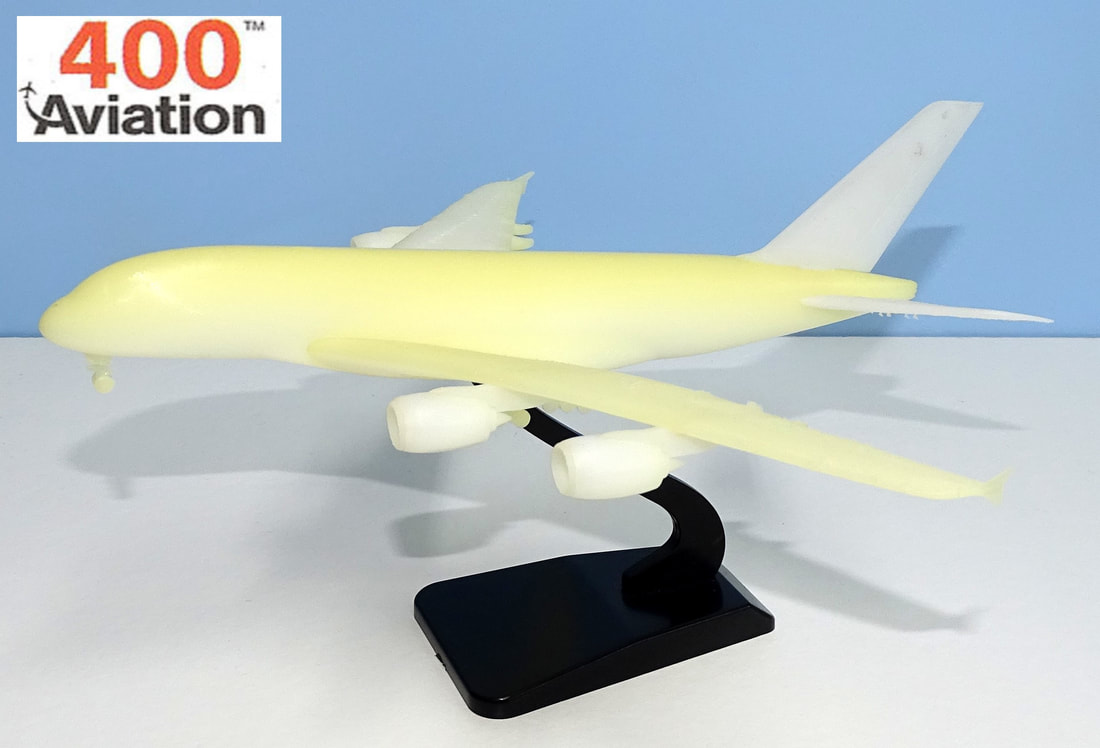 The A380 has never been a major part of my collection, in fact I own only three out of over 2,000 models, but despite its fall from grace AV400 still think there is a market for new A380 models and the type certainly fits with their modern widebody philosophy. Of course this is one of the last bastions of supremacy that Phoenix has, so it will be interesting to see how this new mould compares to the existing Phoenix and Gemini / JC Wings versions. That comparison will have to wait for another time as resin samples are not as rigid as die-cast and the entire design is not yet finalised. So in this review I will limit myself to only discussing the new sample mould AV400 have kindly sent me.
See here for my original post about the new AV400 A380

Back in March I was able to show some low resolution photos of the A380 sample mould, sent to me by Aviation400, but now they have been kind enough to send me the sample itself so I can take a more detailed look. It is worth mentioning that because this is a resin version of the mould it doesn't necessarily give a complete view of how the aircraft will look in die-cast, however this resin sample is quite detailed. 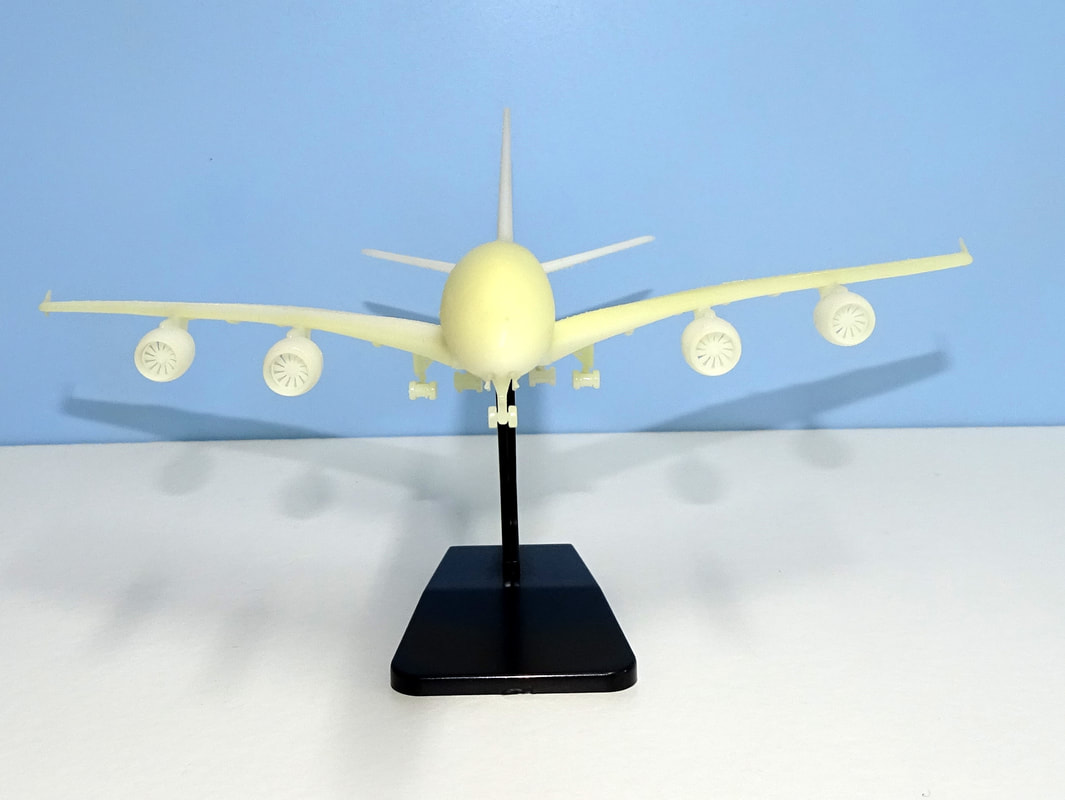 Unlike the resin A350 sample NG Models sent me this one is a lot sturdier and you can see the lines where the resin has been built up, which gives the fuselage and wings a rather rough feel. Nonetheless, if you catch the sample in the right light you can still see finer detailing such as ailerons, flaps and undercarriage door outlines.

Comparing the resin sample to the real thing the overall dimensions of the aircraft look good, however as you can see above the sample has a slightly nose down attitude, which I think is largely due to the nosegear being slightly too short (or the maingear too long), only by around 1mm. It may also be slightly too far forward as although the nosegear doors start in the correct position they look a little short. If they were lengthened slightly so that the rear portion and the gear leg were back by 1 or 2mm I think it would be a better position. 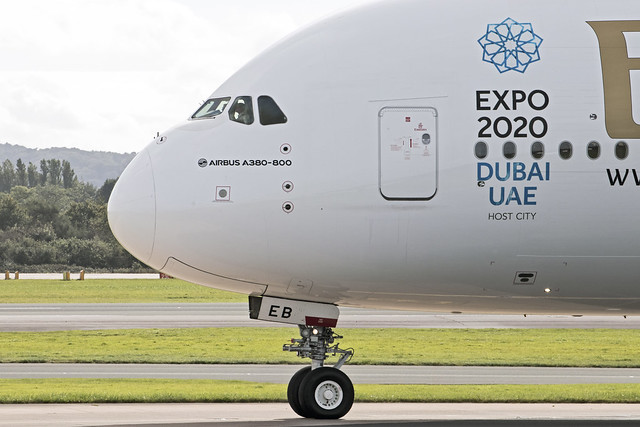 The nose shape looks accurate to me, although I admit it is sometimes hard to tell without cockpit windows printed. It is good to see the small roofline dome is present. 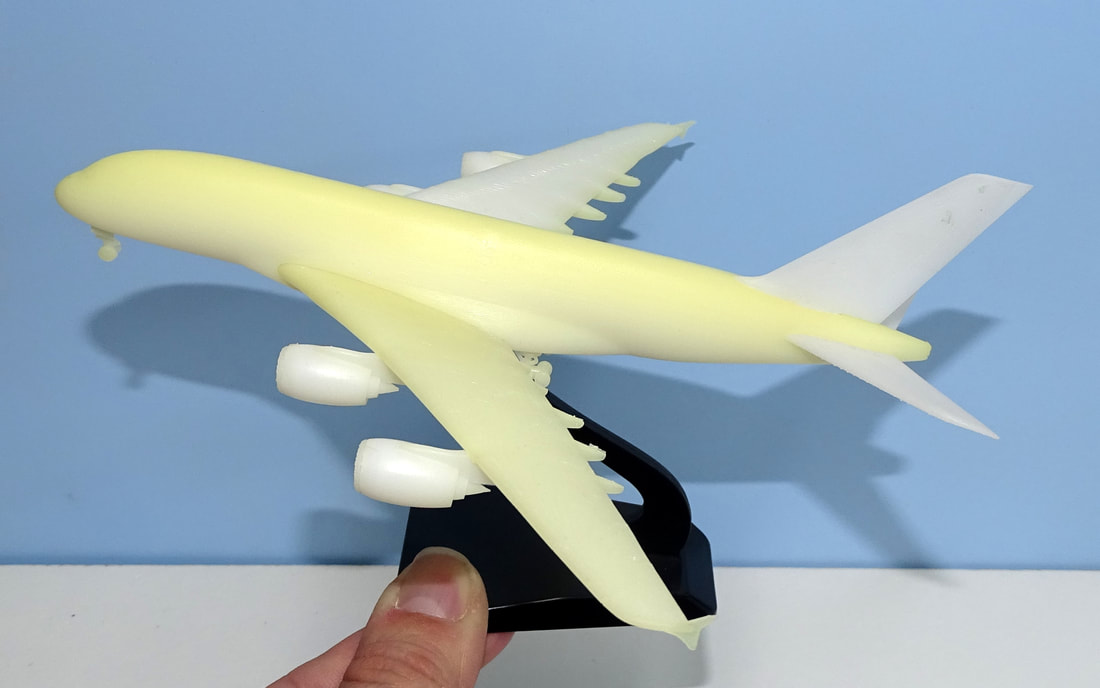 The huge tailplane, stabilisers and flat tailcone are accurately shaped. There is exhaust detailing on the sample but it is hard to see in photos. One area that looks like it may need fine tuning is the angle of the horizontal stabilisers, which look to have too much dihedral. 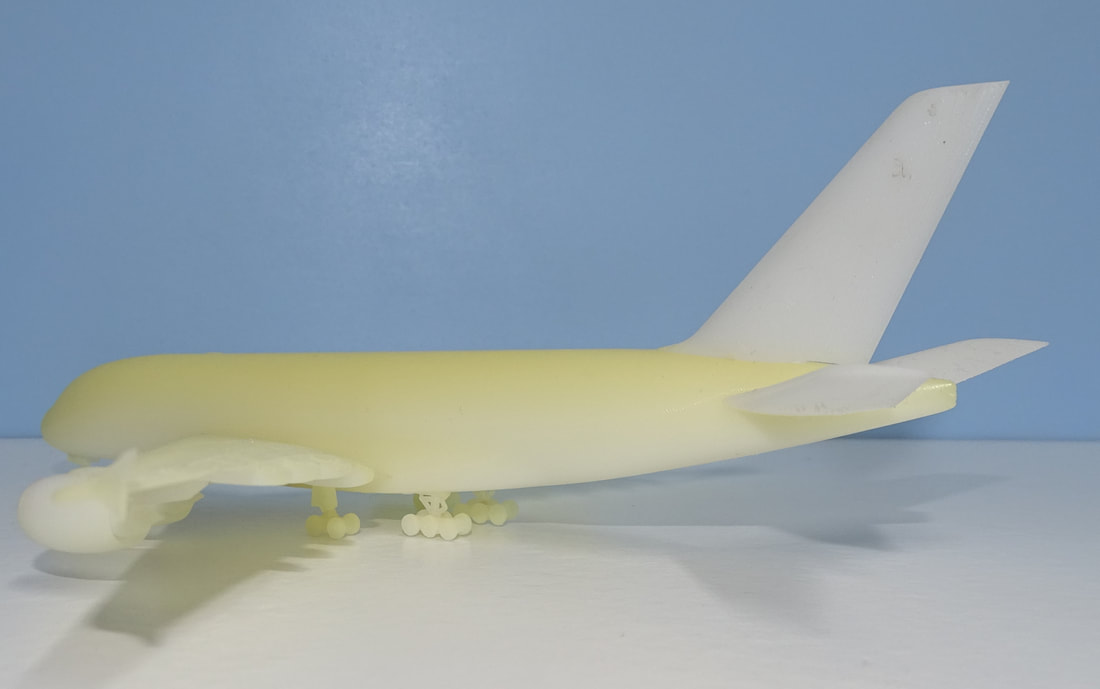 On the underside of the sample there is good detailing. In the image below you can just about see the outline of the maingear doors and that the ventral intakes near the forward wingroot are moulded in as well. The maingear is very well detailed and the rear triple trucked pair pivot about their axis even on the sample. 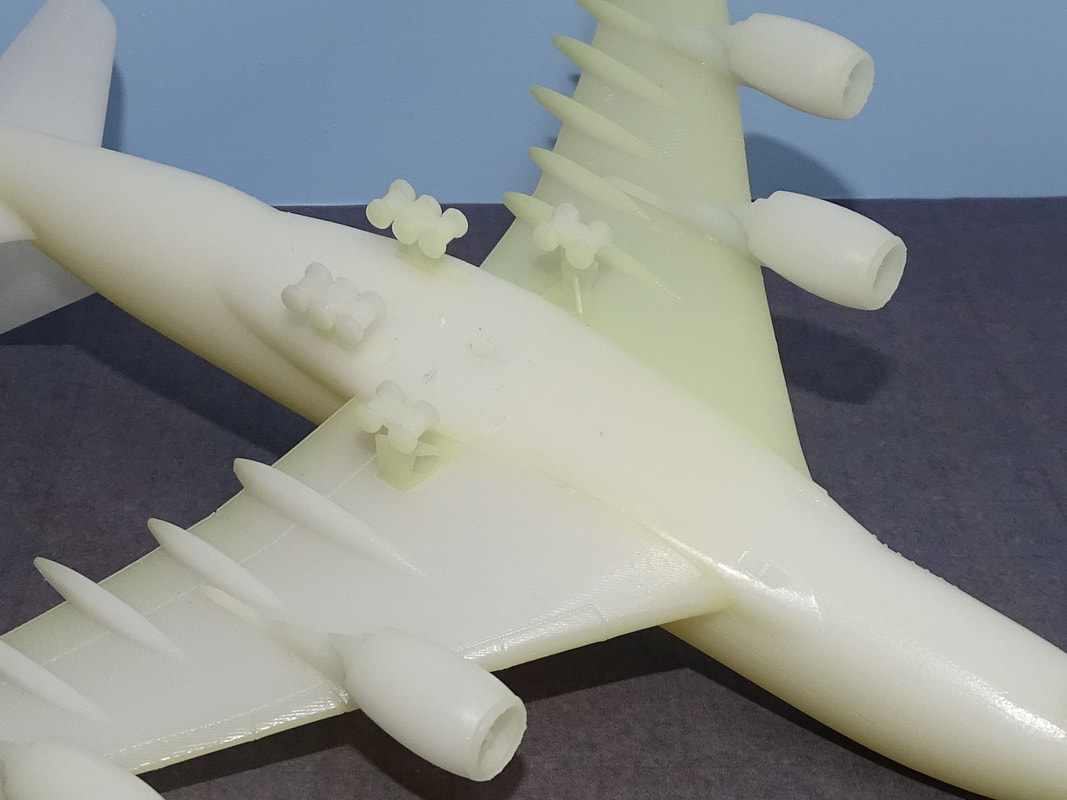 The shape of the wings, massive flap track fairings and the flap outlines themselves all look accurate:

xx
Below are a selection of shots of the sample from different angles:
SUMMARY
This new A380 is looking very good at the sample stage and the issues I have raised with it do not impact the general shape of the core details of the mould but relate to the smaller attachments. To recount the issues as I see it they are:
All of these issues should hopefully be easy to fix for the production sample and despite my previous lack of interest in the type I suspect I'll be good for a few when they appear, especially as they will presumably be fitted with AV400's trademark beacon lights. 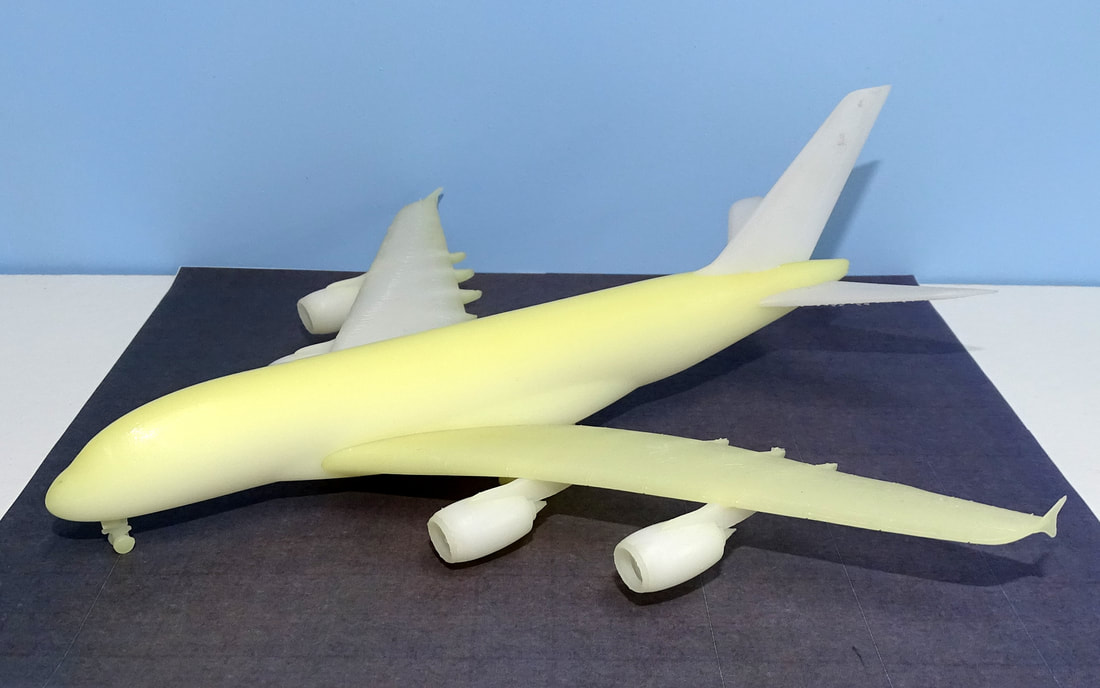