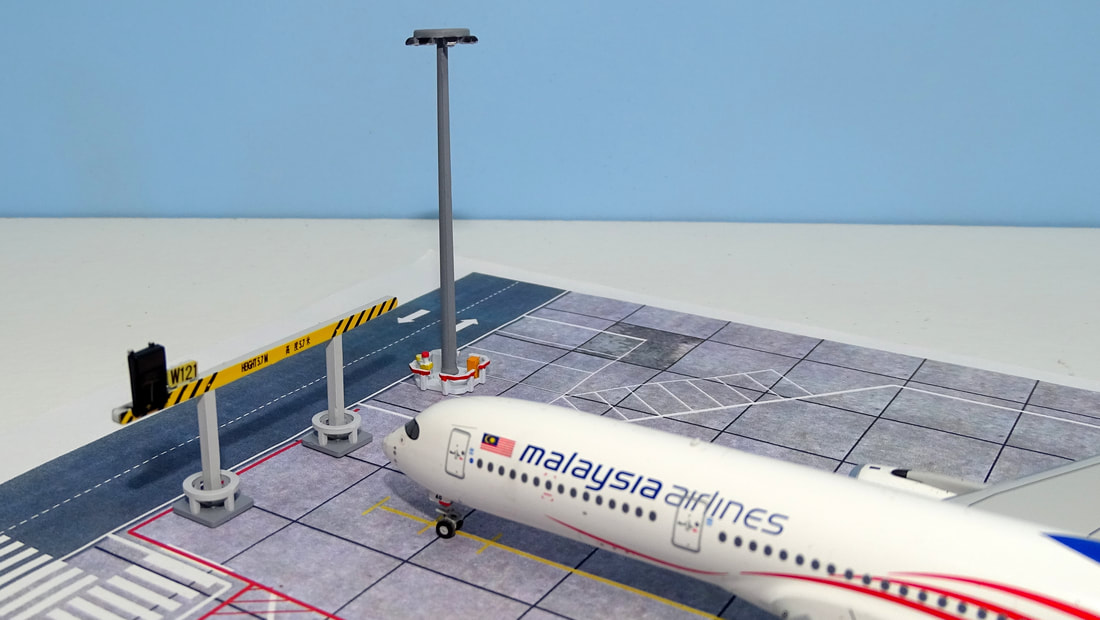 FWDP-AP-4005 LIGHT POLES
Realistic 400 scale lighting poles are not something that have been produced a lot in 400 scale and in fact I have tended to use the HERPA 500 scale light sets (see above left photo) as the only other alternative I am aware of is the Airline Manufacture poles (the tallest in the above left shot). I have discussed earlier 400 scale lighting poles here:
1:400 Airport Accessories - Lighting Poles
The new FantasyWings light poles scale between the Herpa and Airline Manufacture versions for a more pleasing height. They also have a detailed base unit, which not only helps them stay upright but also gives them an impressive level of detailing.
The top of the poles has a circular ring from which the individual lights hang and once again there is a good amount of detailing. The structures at the bottom of the light base are the airport lightning warning light and the foreign object (FOD) bin:
I am rather pleased with these lights, which work well on a 400 scale diorama. I'm definitely thinking of using them across my Xin Long model airport. They come in a pack of six. 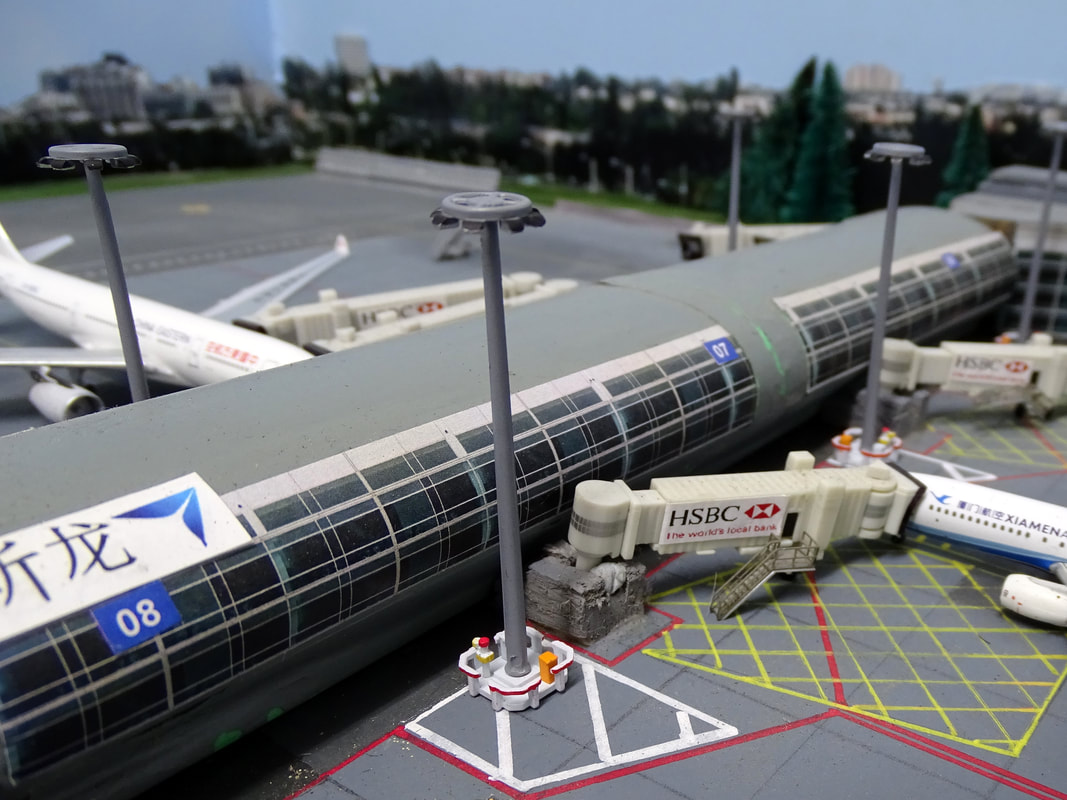 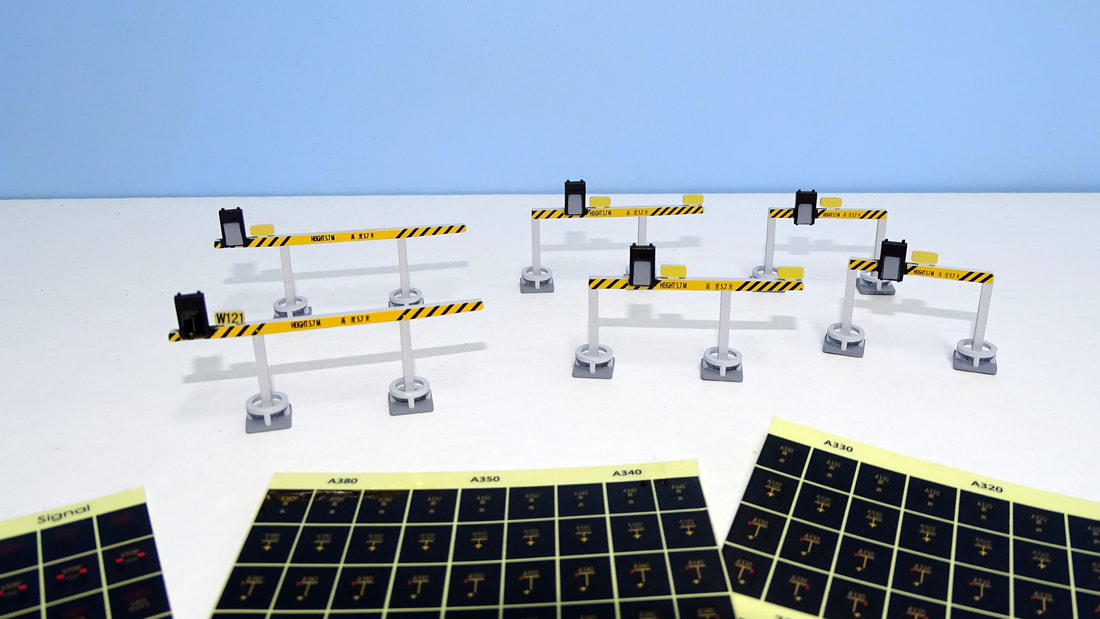 Stand guidance systems is an area that as far as I know has not been attempted previously in 400 scale but is surely a must if your diorama has any remote stands. This pack comes with 6 gantries of varying sizes and a selection of stickers, which can be stuck on to illustrate the instructions being given to the aircraft. Judging by the Wikipedia page on the topic it appears that these have been based on the Safedock system made by ADB Safegate.
The set is made entirely of plastic but as with other FantasyWings releases has a nice amount of detailing and goes very well with the light poles and vehicle sets. A mixed set of light poles and APA gantries has also been made - FWDP-AP-4006. 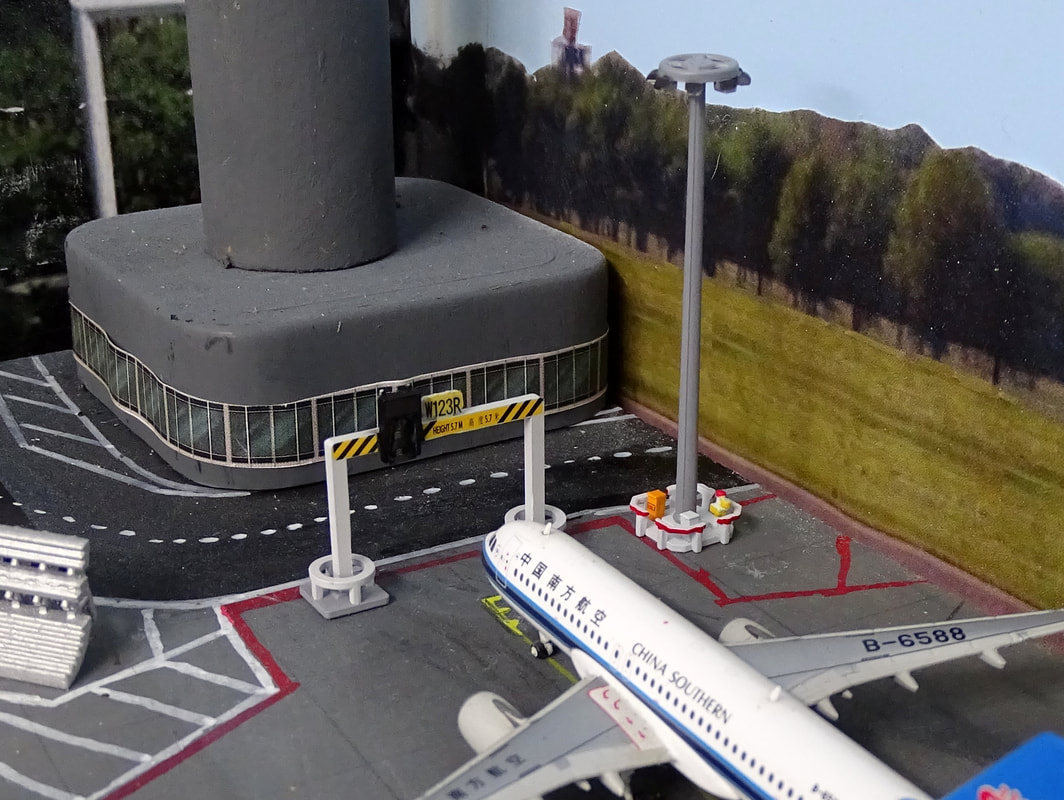 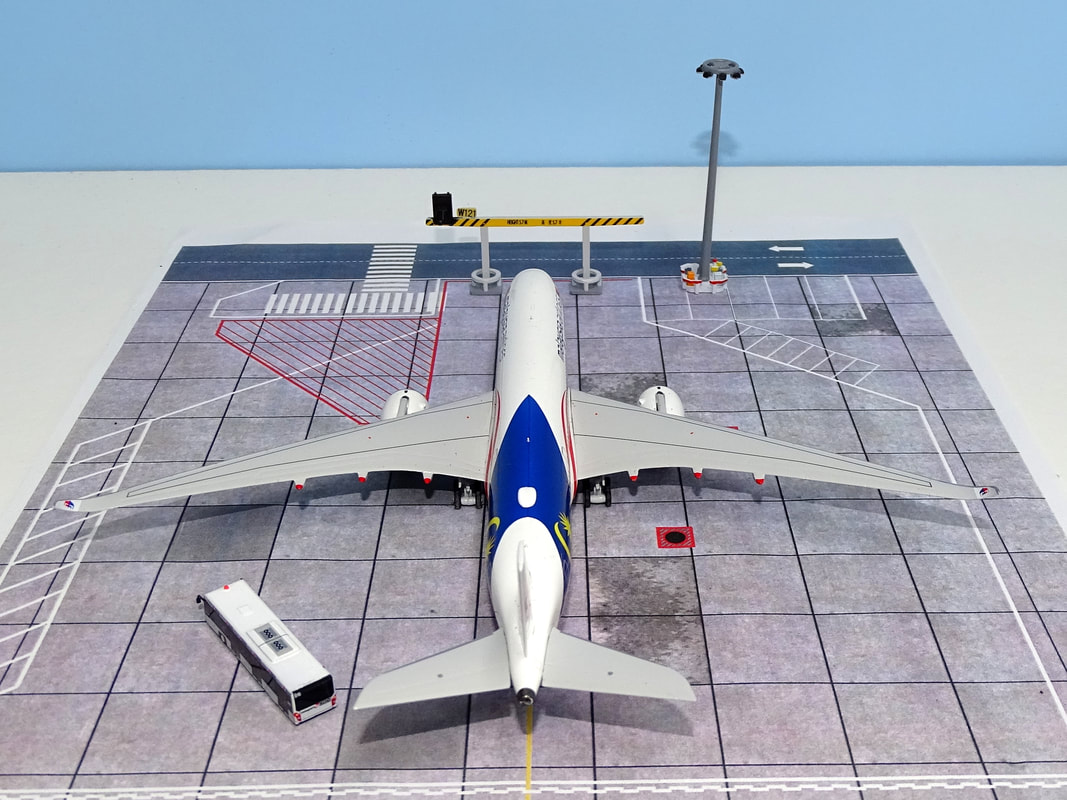