Mitla, Talavera and Huichol were by far the most common of the 21 tail variants used by Mexicana between 1991 and 1996.
For a more detailed history of Mexicana during the period of these liveries see the following two blog entries:
Following it's partial privatization in August 1989 the new board of Mexicana instigated a widespread revitalization of the airline, one part of which was the creation of a new livery grounded in the artistic forms of Mexico's pre-Christian and Christian heritage. The new livery included an all white fuselage with large MEXICANA titles under the forward windowline plus a modified white eagle on the tail. Surrounding this was a band of colour which flowed down onto the rear fuselage. The colour and pattern of this band was highly variable. Application of any one of the schemes to a single aircraft was by hand and took around 1,500 hours per aircraft.

​Initially it was planned that each aircraft would wear its own unique scheme and 50 different designs would be sourced, however this quickly became impractical for cost reasons. Instead 10 different designs were created with a further 11 variants used based on the first 10 designs but with different colours.

The first ten schemes were named and the same names given to the aircraft. Later scheme variants did not acquire specific names but have been typically given the name the first aircraft that wore them had. In these later cases the name does not match the livery.

The first aircraft to be repainted was the 727 N1279E, which in December 1990 acquired the Olinala colours. The second was XA-MKC 'Mitla' which flew again on January 8, 1991. The third was XA-MEC 'Nayarit' which re-entered service on January 27, 1991. Gradually as the existing 727s and DC-10s came up for repaints they acquired variants of the livery. Later new A320s and F100s would also wear the scheme.
Below are the first ten livery variants with a brief description of their heritage and design. Also noted is how many aircraft wore the livery variant and what their registrations were: 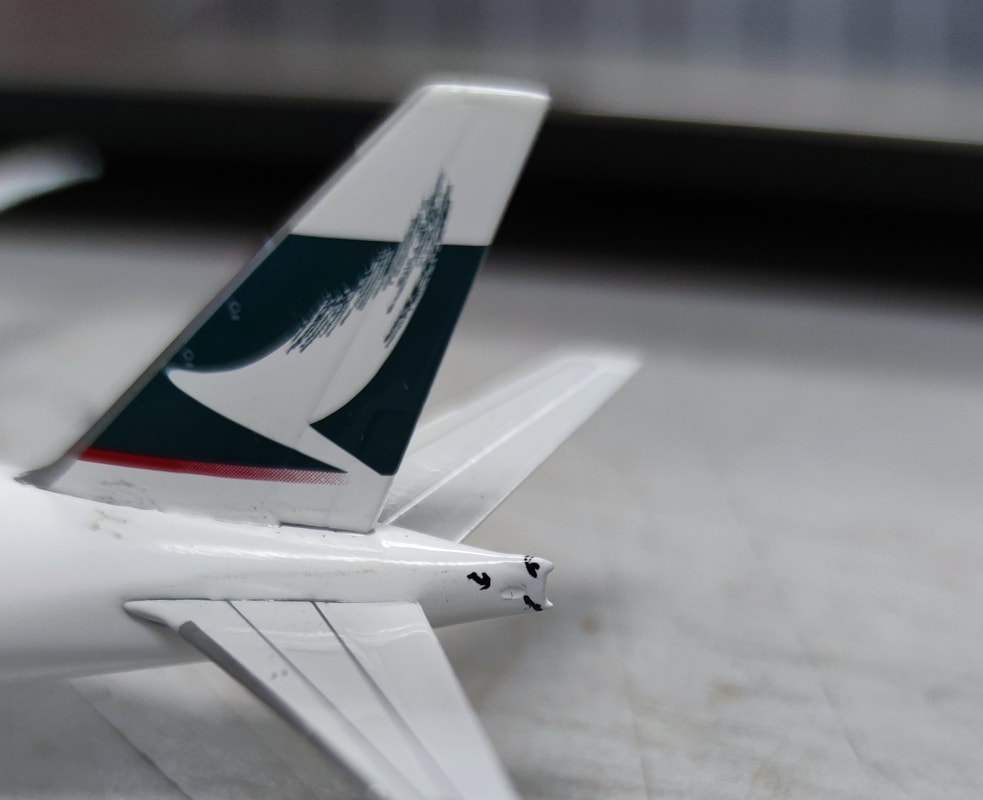 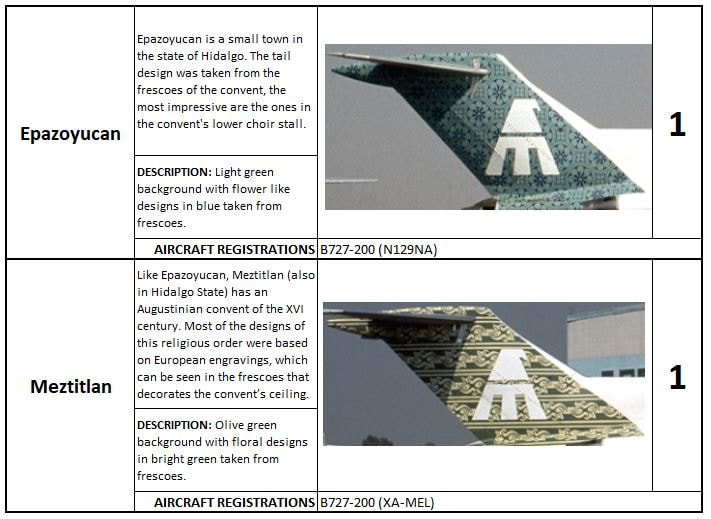 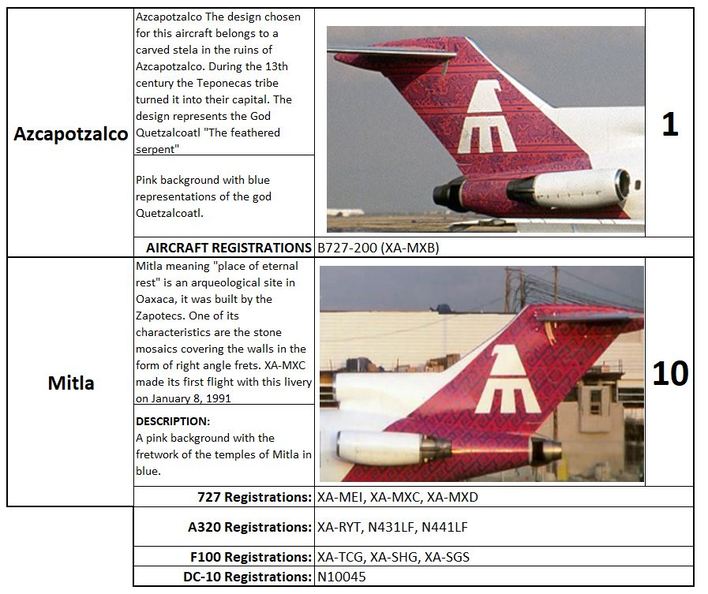 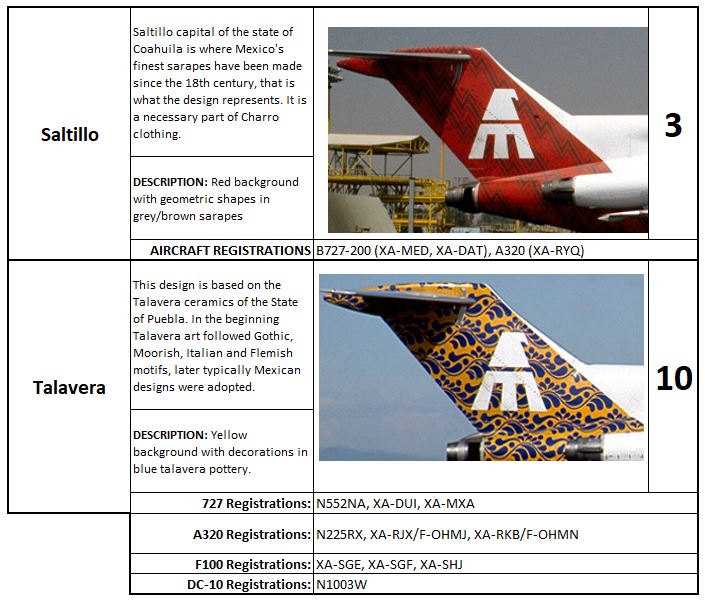 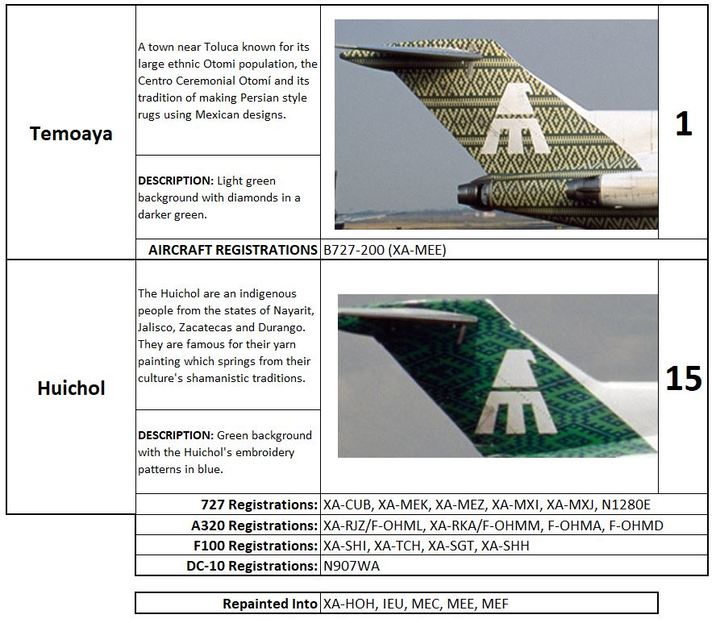 By early 1993 Mexicana was struggling financially and it was decided that the airline would standardize on 3 of the original ten designs. The chosen three were the yellow Talavera, pink Mitla and green Huichol. This standardization unsurprisingly meant that these three designs easily became the commonest. They were for instance the only designs used on any of the DC-10s. Likewise new aircraft deliveries (the later A320s and all the Fokker 100s) were painted in these three schemes.

​During 1996 the curtain was finally drawn on the special schemes as Mexicana further standardized its livery. The Huichol tail design remained but the fuselage was now all white aside from a grey belly with thin stripe delimiting the white from grey. This livery carried Mexicana into the 21st Century.

The eleven variant designs typically took one of the first 10 livery variants and either inverted the colours or replaced them with new colours to make a more visually impressive look. The name of the livery variant in these cases does not relate to the scheme itself but was the name of the aircraft that first wore the variant. Below is a guide to the variant designs used with the original variant they are based on noted: 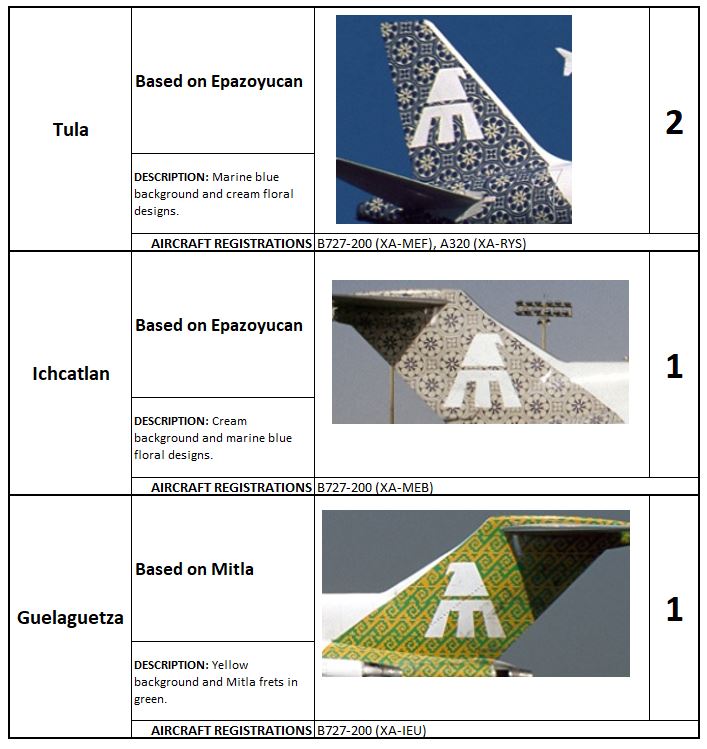 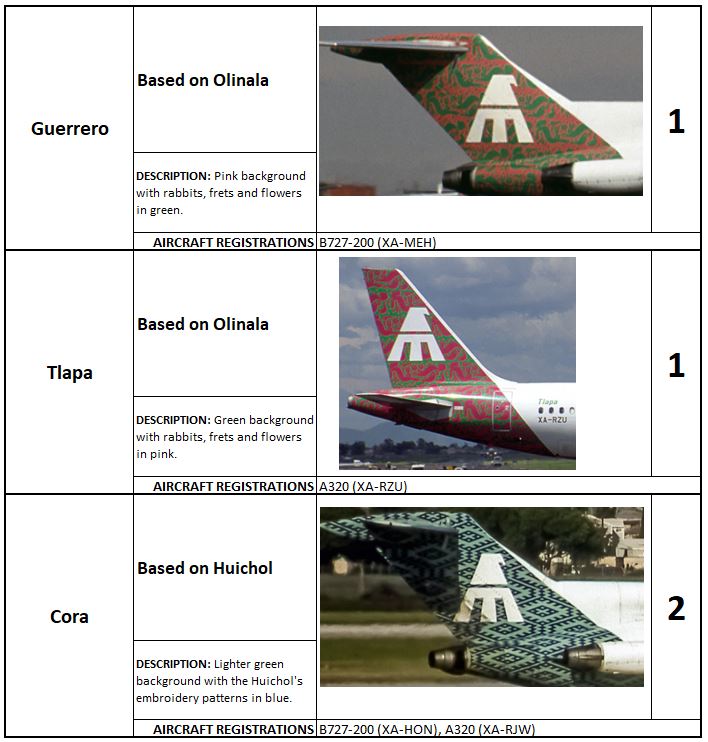 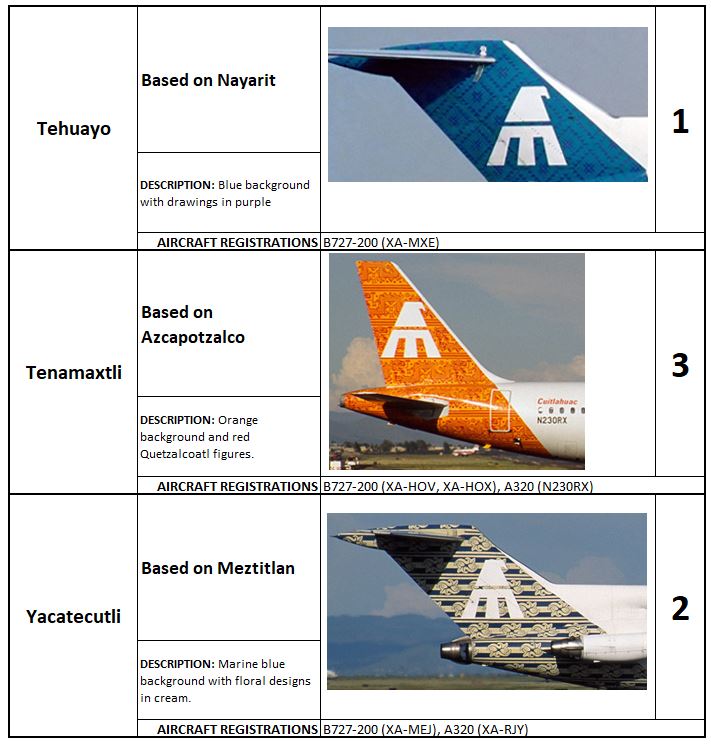 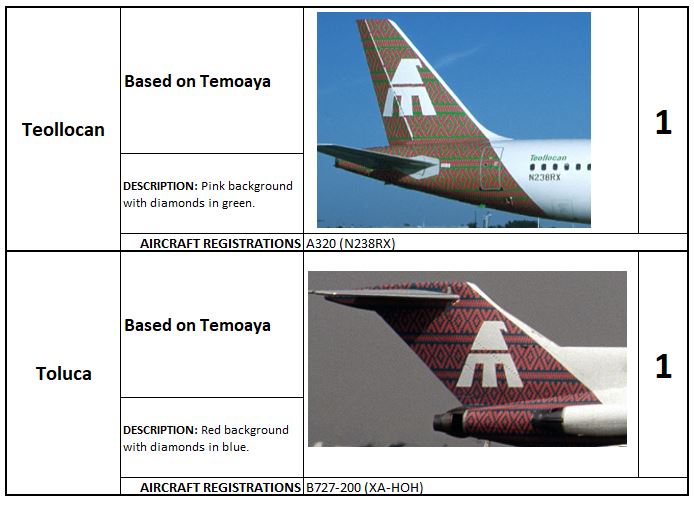 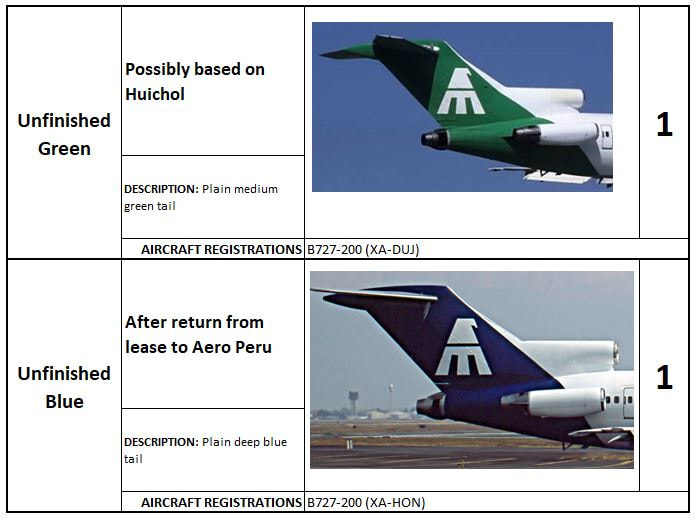 UPDATE: Paul Nagrowski informs me that XA-MEL also wore the unfinished green and XA-MXB the unfinished blue.
Lastly for a time N1280E wore this white version: