The intention of this page is to describe and show all the American Airlines liveries from 1934 to the present day. Schemes prior to 1934 are not covered.
1934-1945: FLAGSHIP EAGLE ROUNDEL 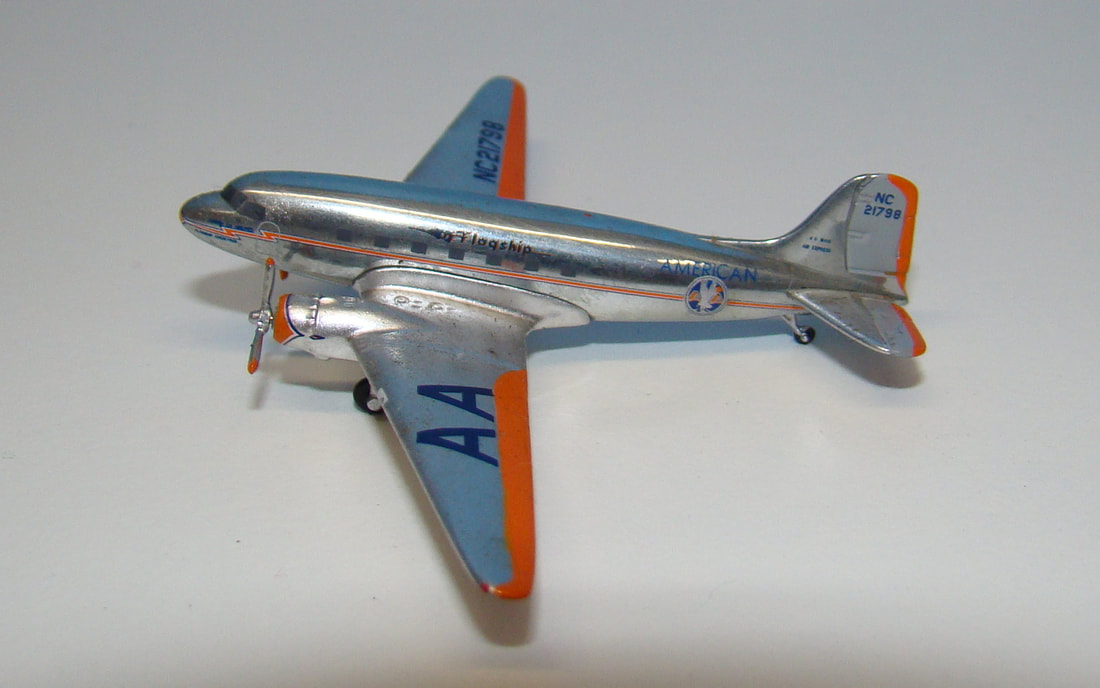 1945-1959: FLAGSHIP LIGHTNING BOLT
As aircraft joined the fleet with longer radar noses the red area of the radome increased and the AMERICAN titles moved from the cone to the side of the nose within the red of the bolt. As shown below on a DC-7:

1959-1964: JET FLAGSHIP
The first Lockheed Electras introduced a slightly modified version of the piston colourscheme. Essentially the scheme was the same however the orangey red rudder area was increased, which meant the AMERICAN titles cut through it. With the movement of the main passenger entry forward, the eagle logo was also moved forward. The AMERICAN AIRLINES titles were enlarged and spaced out. Aircraft still carried the Flagship names (but not the Convair 990s). 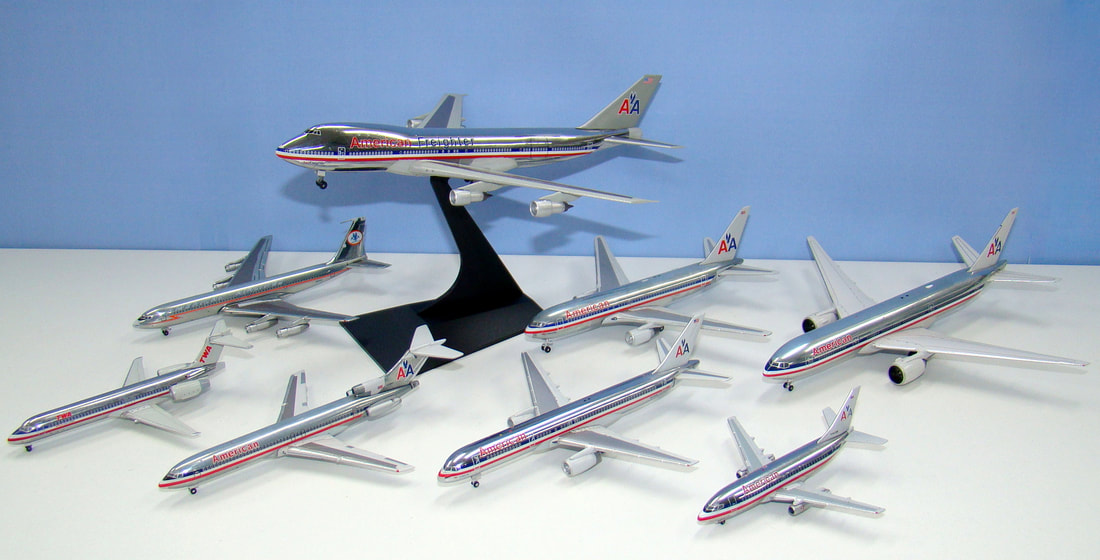 1968-1970: Astrojets: From 1968-70 the airline was still calling its aircraft Astrojets (and in 1970 its first 747s Astroliners).
1971-1999ish: Luxury Liners
​
In 1971 the branding was switched to Luxury Liners. Titles like 747 Luxury Liner and DC-10 Luxury Liner began to appear on the aircraft. Following the well publicised issues with the DC-10s and the ORD crash the DC-10s simply became 'American Airlines Luxury Liners' - see the model below.
As aircraft became made of greater proportions of composites more painted light grey panels began appearing among the pure silver, especially the tailplanes of the 757s, 767s, 777s, MD-11s and F100s. Aircraft like the 737s and BAE-146s acquired from the AirCal takeover never received the Luxury Liner titles. Luxury Liner titles began to be removed from the fleet totally in about 1999. The 777s and 737-800s didn't wear the Luxury Liner titles.
Super 80s: American always referred to its MD-80s as Super 80s and these titles were carried by the aircraft for many years. The MD-80s had several livery variations based upon the radome colour, Super 80 titles, tail colour and tailcone type. For example the earliest aircraft had the black nosecone, Super 80 titles and a silver tail with the pointy tailcone as below:

The silver tails became light grey into the late 80s:

By the early 2000s the Super 80 titles were being dropped and the radomes were grey. Note also this aircraft has the screwdriver tail.

A300s: When A300s were acquired at the end of the 1980s they were light grey all over. Airbus does not provide matched aluminum skin panels on its aircraft and refused to do so for AA's A300 order. Therefore the aircraft were painted (what AA calls "Boeing Grey") prior to delivery and remained painted until the late 90s.

​In the mid-1990's AA management was trying to decide which aircraft to retire; DC10 or A300. Ultimately the decision to retire DC10 was announced and two weeks later AA announced that Airbus was going to provide AA with matched & polished aluminum skin panels for its leased A300 fleet at no cost to AA. The decision appeared oddly timely!

Aero Icarus from Zürich, Switzerland [CC BY-SA 2.0 (https://creativecommons.org/licenses/by-sa/2.0)]
Reno Air Hybrids
When American tookover Reno Air in 1999 much of the Reno MD-80/87/90 fleet wore a white hybrid version of the standard American scheme. Initially they had received quick AA titles but the full colours were applied, albeit with the unusual base colour, even though the aircraft were sold on quite quickly. The MD-90s even received Super 90 titles.

Retrojets
In January 1999 American took delivery of N679AN, a 757, which was painted into the first jet livery. She was repainted into standard livery in 2003.

Aero Icarus from Zürich, Switzerland [CC BY-SA 2.0 (https://creativecommons.org/licenses/by-sa/2.0)]
In 2000 American took delivery of its 50th 737-800, N951AA, which was painted in the 1962 scheme. It was repainted into the standard new scheme in 2017 but another aircraft, N905NN was painted into the same colours (albeit there are minor differences). 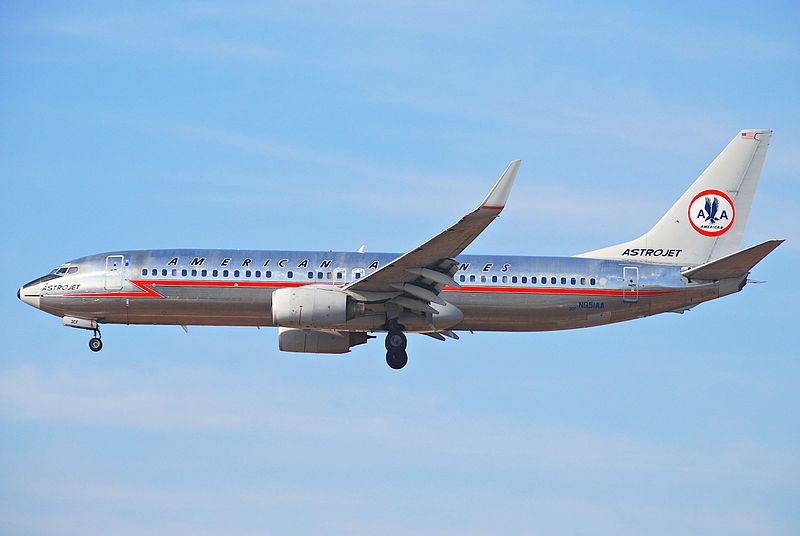 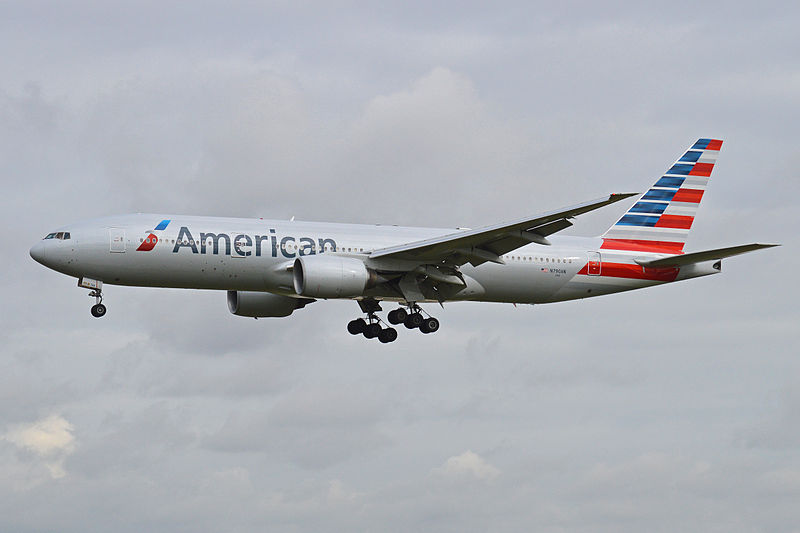 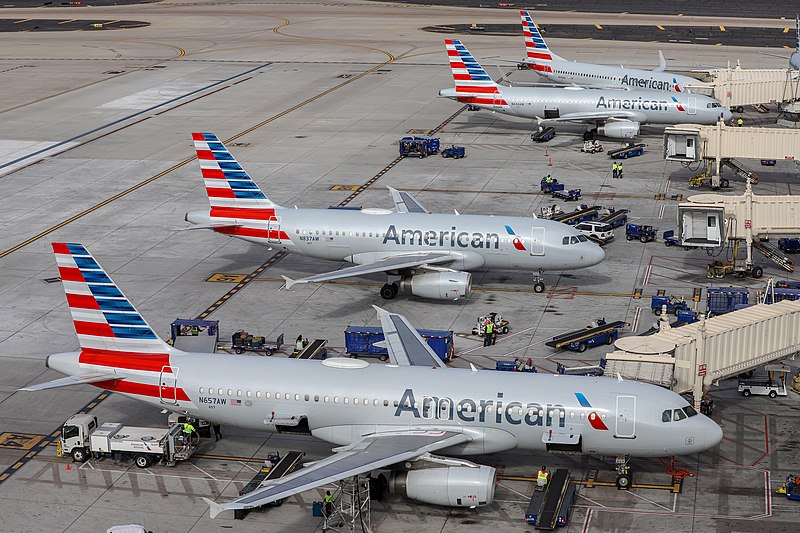 Quintin Soloviev [CC BY-SA 4.0 (https://creativecommons.org/licenses/by-sa/4.0)]
Heritage Jets
Following the merger with US Airways American has repainted various aircraft to represent liveries of its founding airlines. The A319s were already wearing retro colours with US Airways but have had their titles changed. The following aircraft in the fleet wear heritage colours: