The majority of my Eastern fleet resides in the top right cube of the Trunk airline display. Eastern had a myriad of liveries which means that there are plenty of models to be had and somehow I keep on finding room for them in this space. This has however recently necessitated adding a glass shelf into the pre-1980s fleet above. The most recent additions have been a second hockeystick Electra (with Eastern tail titles) and of course the 3 Eastern DC-8-21s Aeroclassics made in June 2017.
The post 1980s Eastern fleet resides in the 1980s cabinet:

For the genealogy of Eastern please see here.

Here's my complete Eastern fleet as of July 2017: 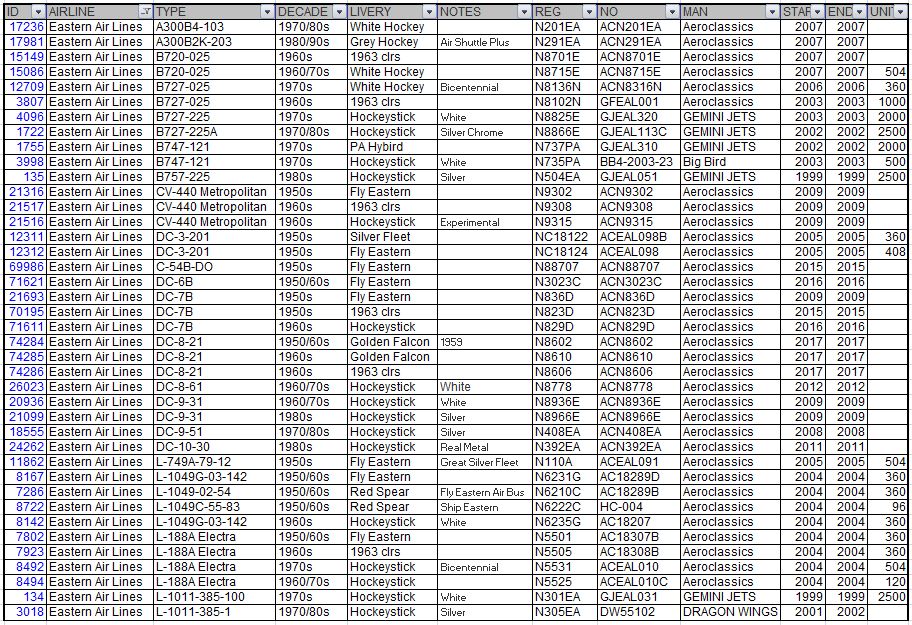