What can I say about Concorde that hasn’t already been said? The programme began as just one of multiple supersonic transport initiatives that in the late 1960s were confidently expected to form a considerable chunk of the future airline fleets flying businessmen to and fro, with widebody jets fulfilling the mass transit role for economy class passengers.​
Concorde was the smallest of the supersonic transports and the only survivor. Even so the economic and environmental (see noise) issues the aircraft faced during the early 1970s almost saw its demise. The healthy order and options backlog the type had dwindled to almost nought as the politics got in the way of a fine design leaving Air France and British Airways to somewhat reluctantly take on their government’s aircraft.
Fortunately the type’s mystique and unique qualities gained it a desirable niche across the Atlantic and over time the host airlines came to find Concorde to be an asset rather than a white elephant, although it must be said BA always seemed to get better use out of its aircraft than Air France. I certainly remember the amazement of seeing Concorde take-off at Heathrow. One experience of driving along the perimeter road when a Concorde unexpectedly roared off the tarmac next to our car was particularly unforgettable to a 10 year old.
As the 21st century dawned I sometimes considered how long Concorde could go on for, especially following the unfortunate crash on July 25, 2000, which was arguably nothing to do with the aircraft itself. The type’s service with BA finally came on October 24, 2003 and all the airframes were eagerly snapped up by museums around the world.

Despite the prominence and popularity of the Concorde there are only three moulds due to, I assume, the paucity of livery options. In fact the 69 releases over the past 20 years is a relatively small return. The Gemini Jets mould dates all the way from 2001 and has been used by far the most. The Dragon mould has been used only 10 times and for a highly eclectic bunch of models (no BA or Air France examples). Lastly in keeping with their profile, Herpa, has produced a mould for a rare type and used it infrequently. This is a shame as their mould is excellent, however in recent years it, or a version of it, has reappeared and been used by both Aviation400 and Socatec. Gemini and JC Wings still use the old Gemini mould from time to time.

Considering there were only two airline operators of the type and a handful of livery variants (4 or 5 with BA and 4 with Air France) as you can see below there has been a decent number of other fantasy releases. Some, such as Pan Am, CAAC and Braniff, at least were close to being production aircraft. Many others are more unrealistic fantasy efforts. 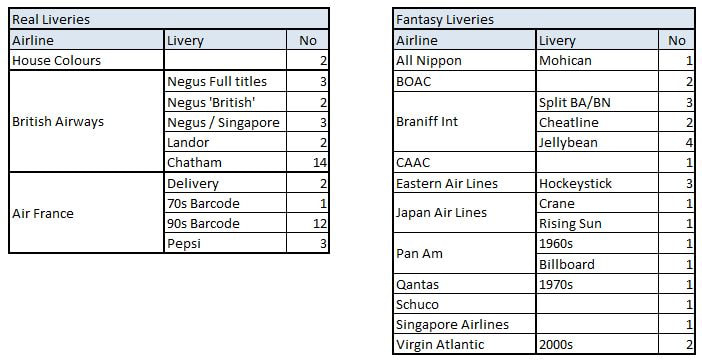 Although I think all livery versions have been made it is interesting how poorly the older schemes have been treated. There appears only to be a single Air France barcode scheme from before the 'Groupe Air France' days and only a few Landors and Negus versions. There's definitely room for more of all of these especially on the Herpa mould.

Concorde is famous for many things but the droop nose and visor arrangement is one of the most interesting as it gave the aircraft three distinctive profiles. In flight both were raised fully, when taxiing the visor dropped and the nose lowered to 5 degrees below horizontal and at landing the nose lowered fully to 12.5 degrees. In theory this gives model manufacturers three different moulds they could make but nobody has taken up the initiative in 400 scale. All models made to date illustrate Concorde in flight mode (although often when parked the aircraft nose was also fully raised).
This is a shame as Herpa have produced a droop nose mould in the smaller 500 scale. Here it is:

Herpa 1:500 Scale drooping nose Concorde
For now we have to be satisfied in 400 scale with just nose up Concordes. Nonetheless here are four configurations:
NOSE & VISOR UP

The Gemini Jets mould is a classic of 400 scale and forms one of the many solid and reliable moulds that started Gemini off and has served them so well. As you'd expect from such an old mould it is rather obsolescent nowadays and showing its age. Nonetheless Gemini and its partner JC Wings continue to use it and it has been updated slightly, with the addition of an aerial (at least sometimes anyway). While clearly a reasonable representation of the type it is dated. The shape of the nose, cockpit and tailcone isn't correct and the undercarriage rather simplistic.

The mould still gets the odd run out and although JC Wings added the roof line aerial Gemini have not bothered. The mould completely lacks the long roofline longitudinal strakes of the real thing.

Dragon barely used their own Concorde mould, with the majority of the releases being fantasy Jet-X Braniff examples. They are however the only brand to have made the prototype scheme. The mould is ok but rather marred by the deep lines on the wings and vertical stabiliser. The undercarriage is arguably superior to that on the Gemini Jets version, at least there are maingear doors. As is often the case with Dragon moulds the separate tail has an obvious join with the fuselage. Overall this mould isn't going to win any prizes but you there isn't much choice if you want the schemes Dragon made.
Herpa v1 (2004)

I admit to not being a big fan of Herpa models in 400 scale but just sometimes, not often I admit, they have an excellent mould and this Concorde surely qualifies as being their best. It looks fabulous with a lovely pointy nose and tailcone, and great cockpit contours. Plus the undercarriage is detailed, fine and well proportioned. Unfortunately Herpa being Herpa they have only used the mould 7 times - the last in 2011. Three of those releases are Air France in the 90s scheme. It appeared the mould was gone but read on.
​Herpa v2? (2017)

In 2017 an unusual model appeared on Taobao. A new Concorde in the colours of CAAC. The model was sold as made by the new Aviation400. I didn't acquire it but it looked good. 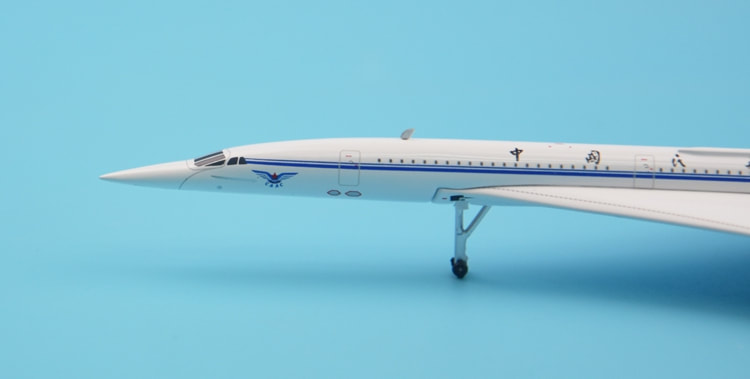 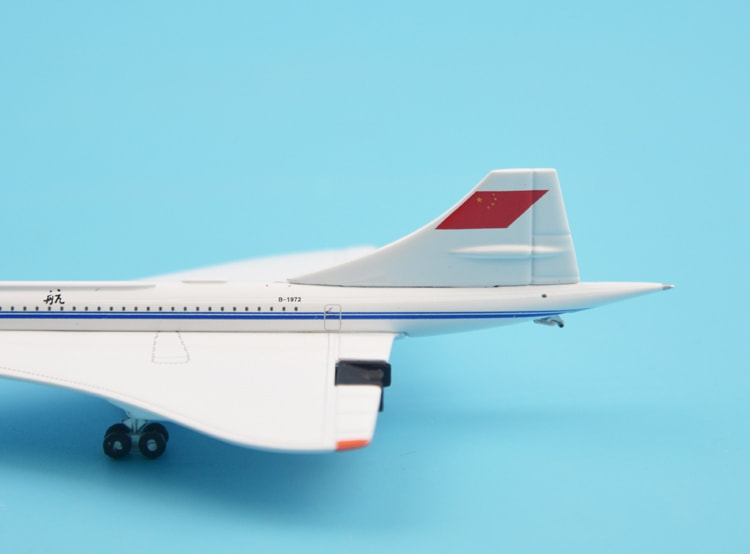 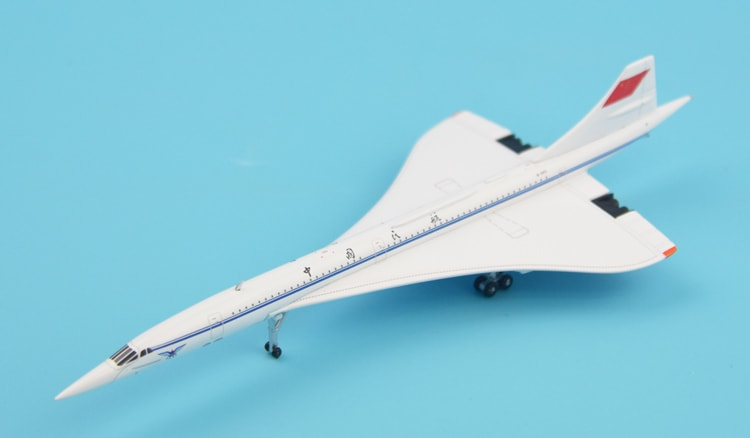 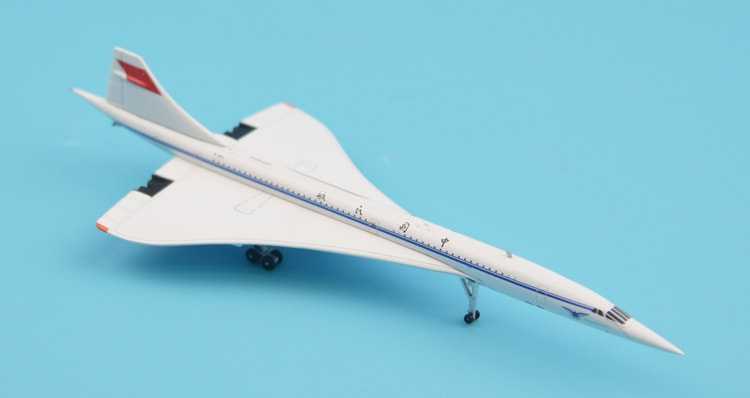 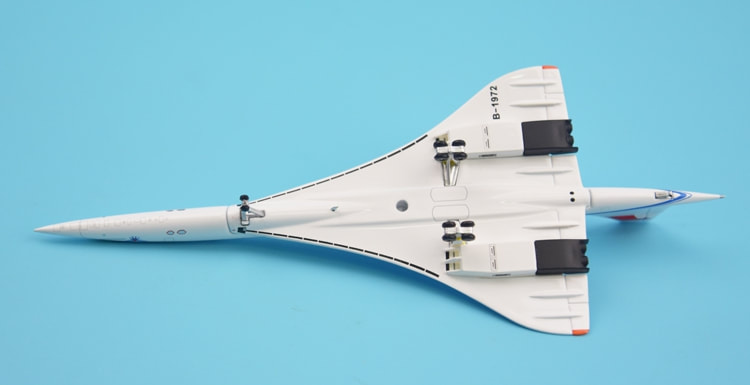 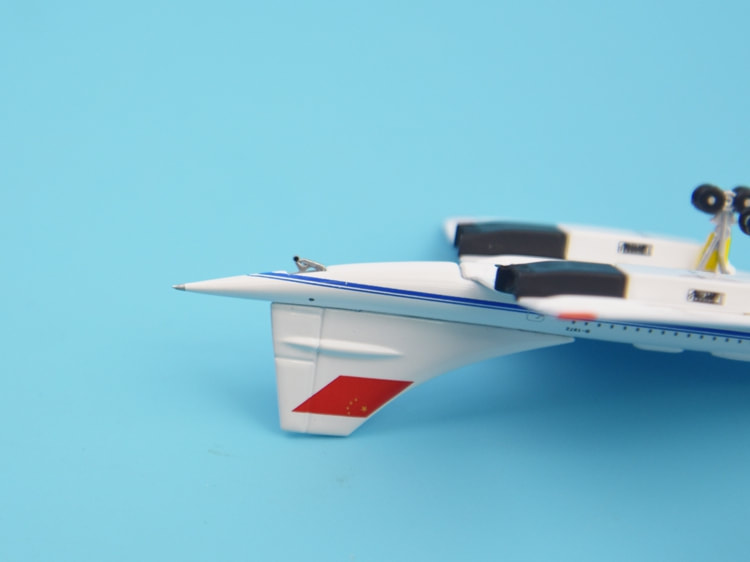 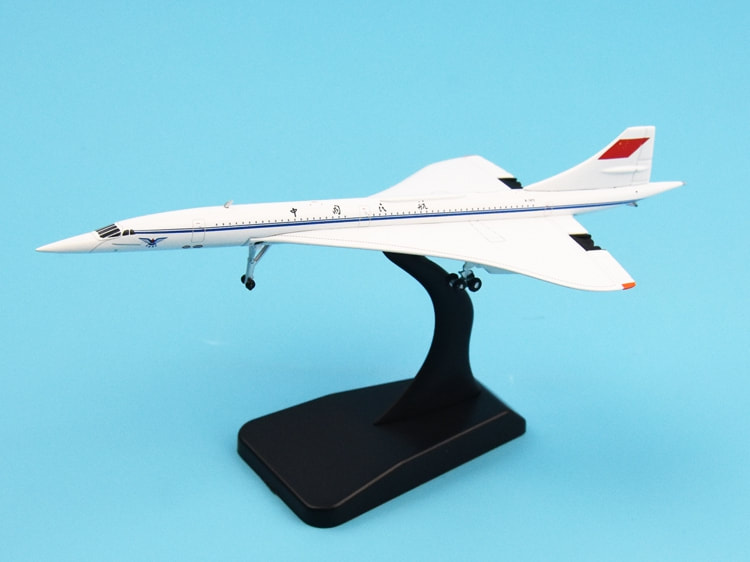 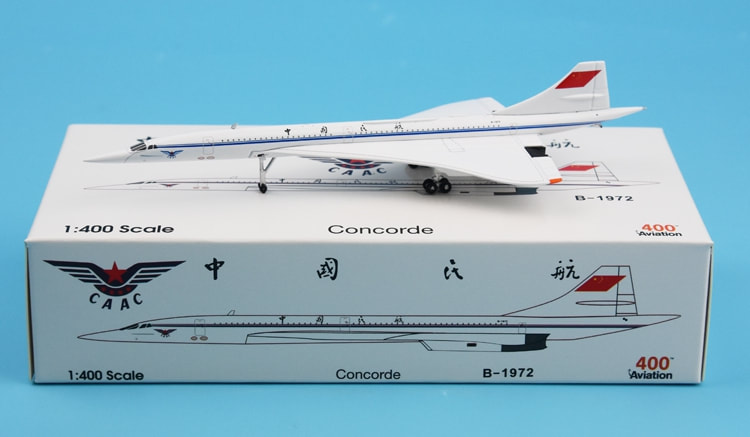 Recently a trio of Socatec Concordes have also surfaced using the same mould. Socatec is a French shop that for years had a strong relationship with Gemini but these Concordes are definitely not using the GJ old. I recently acquired one of them and can confirm that the mould is almost identical to the excellent Herpa Concorde. The only difference is a slight change in the shape of the seam at the front of the wing and that the undercarriage has been changed. The nosegear has been simplified and the maingear is also slightly wider but overall the rest of the mould is as nice as the Herpa. I'm not sure if this is really the original Herpa being reused or if the mould has been copied but these are almost on par with the Herpas and superior to all other 400 scale Concordes.